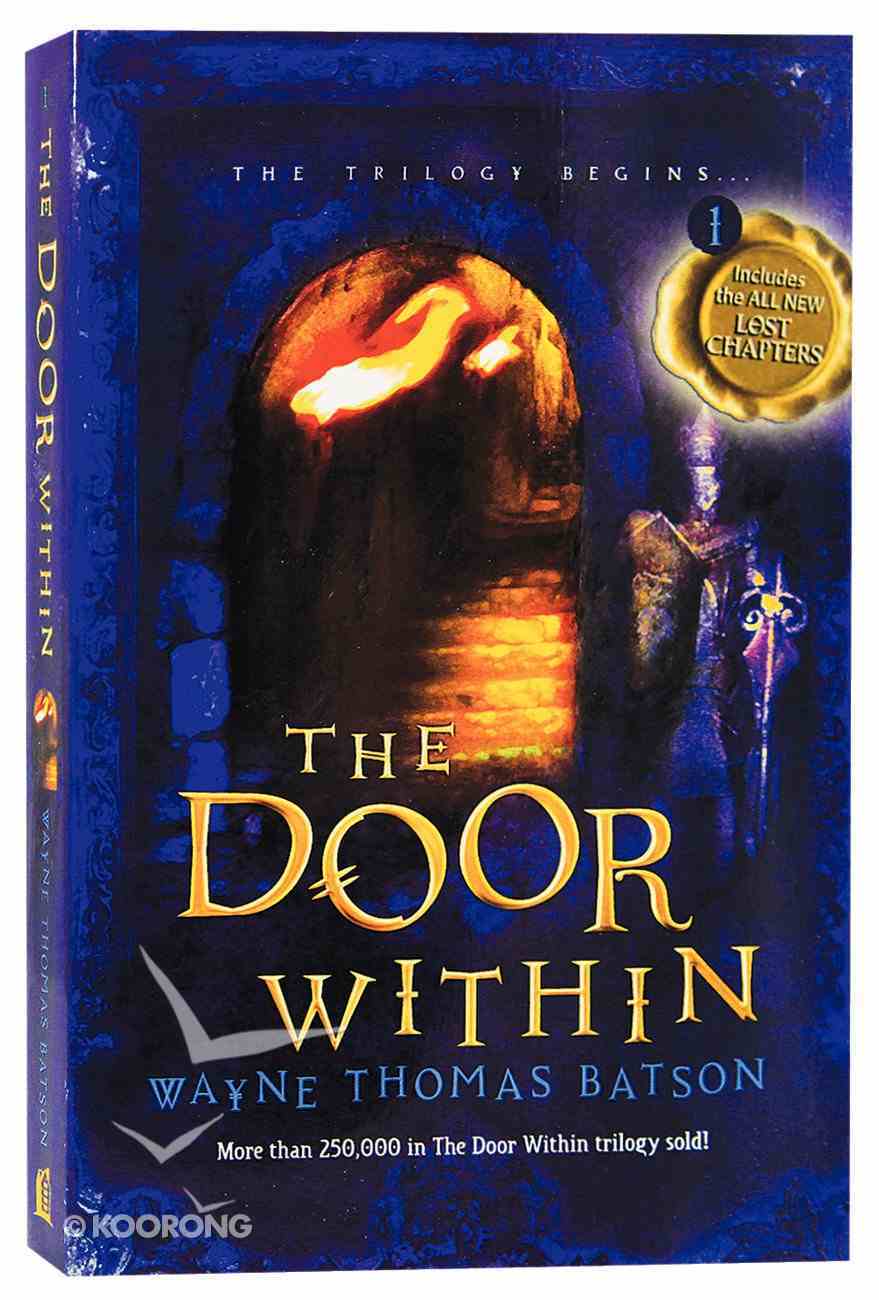 There is an unseen world of good and evil where nightmares are fought and hope is reborn. Enter The Door Within. Aidan Thomas is miserable. Within two weeks, Aidan's life is completely uprooted as his parents move the...

There is an unseen world of good and evil where nightmares are fought and hope is reborn. Enter The Door Within.


Aidan Thomas is miserable. Within two weeks, Aidan's life is completely uprooted as his parents move the family across the country to care for his ailing grandfather. The quiet but imaginative Aidan is struggling with attending a new school and fitting in with a new group of friends. But when he begins having nightmares and eerie events occur around his neighborhood, Aidan finds himself drawn to his grandfather's basement?where he discovers three ancient scrolls and a mysterious invitation to another world.


No longer confined to the realm of his own imagination, Aidan embarks on an adventure where he discovers a long-fought war between good and evil. With the fate of two worlds hanging in the balance, Aidan faces Paragory, the eternal enemy with unfathomable power. Will Aidan be willing to risk everything and trust the unseen hand of the one true King?


With over 250,000 copies sold in The Door Within trilogy, this is a perfect time to introduce the series to a new tween audience The fantasy genre is wildly popular among young readers, and this series will leave tweens and teens on the edge of their seats.

Wayne Thomas Batson was born in Seabrook, MD in 1968. During the early years he tortured his older brothers and sisters, doing those things that only younger siblings can do to get on your nerves.

Wayne attended Gabriel DuVal Senior High School and wrote this for his yearbook. During his high school and early college years, he played lead guitar for a rock band called "Contagious". They were catchy, but apparently not enough to get a record deal.

Having completed the rigorous Holmes English Literature Curriculum, he graduated from the University of Maryland, College Park in 1991. In 1996, he received his first graduate degree in counseling. He has continued his studies with 36 credit hours of graduate-level reading courses. Having spent the last fifteen years teaching reading and English to middle schools students, Wayne pioneered the active instruction of strategic reading in Anne Arundel County, Maryland, and has written Reading and English curricula for three public school districts in the state.

Wayne lives in Eldersburg with his beautiful wife of eleven years and his four wonderful young children. Besides dividing his time between family, teaching, and writing, he likes to read, golf, play PS2, travel to the beach, play electric guitar, and create 3D artwork.