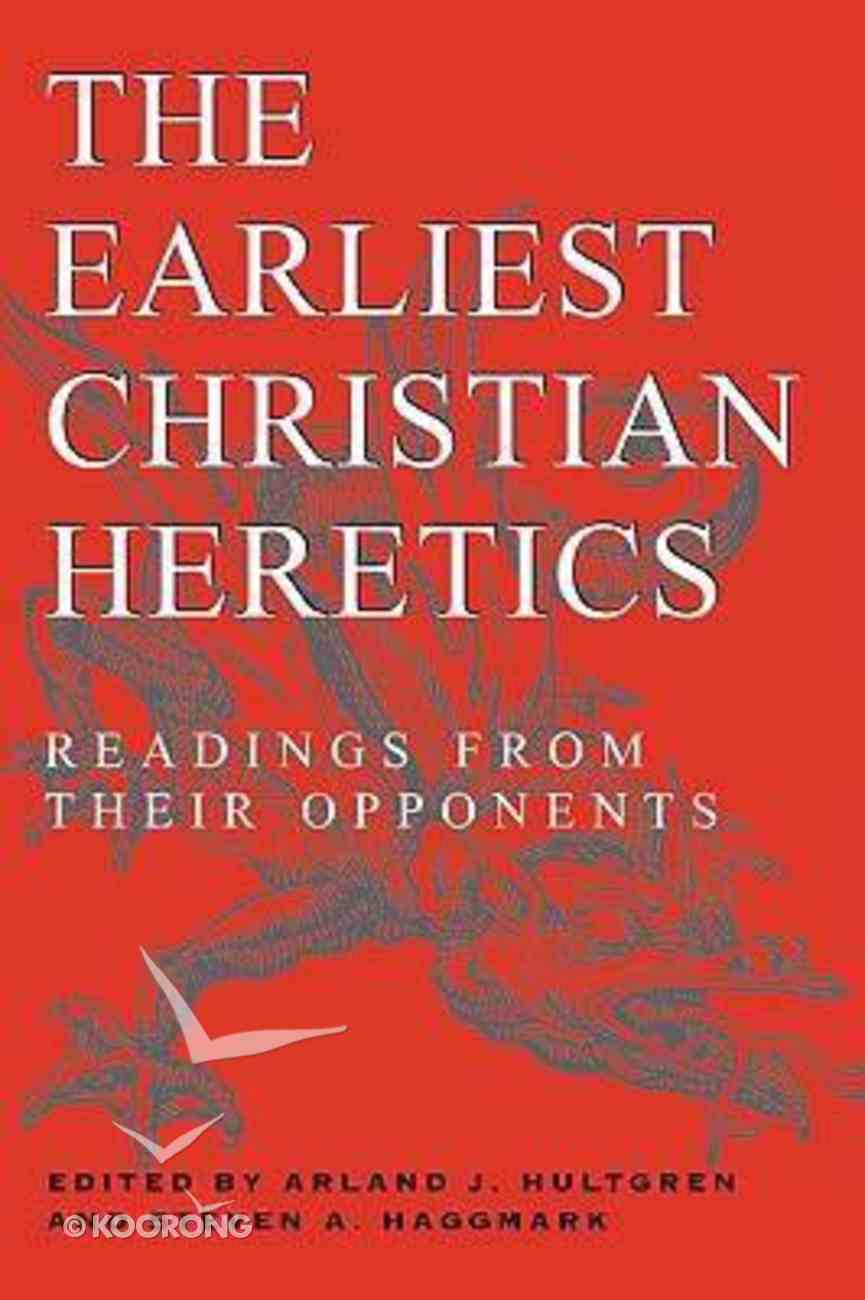 The earliest Christian heretics. "Hultgren and Haggmark have brought together in one volume all of the major orthodox references to persons and theological movements of the first two Christian centuries that were subsequently branded as 'heretical.' In so doing, the...

The earliest Christian heretics. "Hultgren and Haggmark have brought together in one volume all of the major orthodox references to persons and theological movements of the first two Christian centuries that were subsequently branded as 'heretical.' In so doing, the editors have done a great service for instructors in early Christian history.. The volume's brief introduction not only helps contextualize the heterodox thinkers or movements in their time but also helps relate the concerns that they addressed in the first and second centuries to those of the late twentieth century. . For those readers as well as for scholars who would like to have a ready reference, this is a useful volume." -Church History "The Earliest Christian Heretics is a 'user-friendly' anthology that will be a great help to both the beginning student and specialized scholar and teacher of early Christianity. Whereas once the researcher had to rifle through the cumbersome volumes of the Ante-Nicene Fathers series,
-Publisher

Orthodox writers--Justin, Ireneaus, Hippolytus, Eusebius, Epiphanius, and others--wrote about the persons and movements they considered heretical. In this book the editors have gleaned excerpts from these and other writers concerning heretical figures and movements of the first two centuries, including Gnostics, Marcion, Montanus, Ebionites, Adoptionists, and others, plus excerpts on the origins of Gnosticism.
-Publisher

Arland J. Hultgren (Th.D., Union Theological Seminary in New York) is Asher O. and Carrie Nasby Professor of New Testament at Luther Seminary, St. Paul, Minnesota. Among his books is The Parables of Jesus: A Commentary; New Testament Christology: A Critical Assessment and Annotated Bibliography (1988); Christ and His Benefits: Christology and Redemption in the New Testament (1987) and Paul's Letter to the Romans: A Commentary (Eerdmans, 2011)
Koorong -Editorial Review.