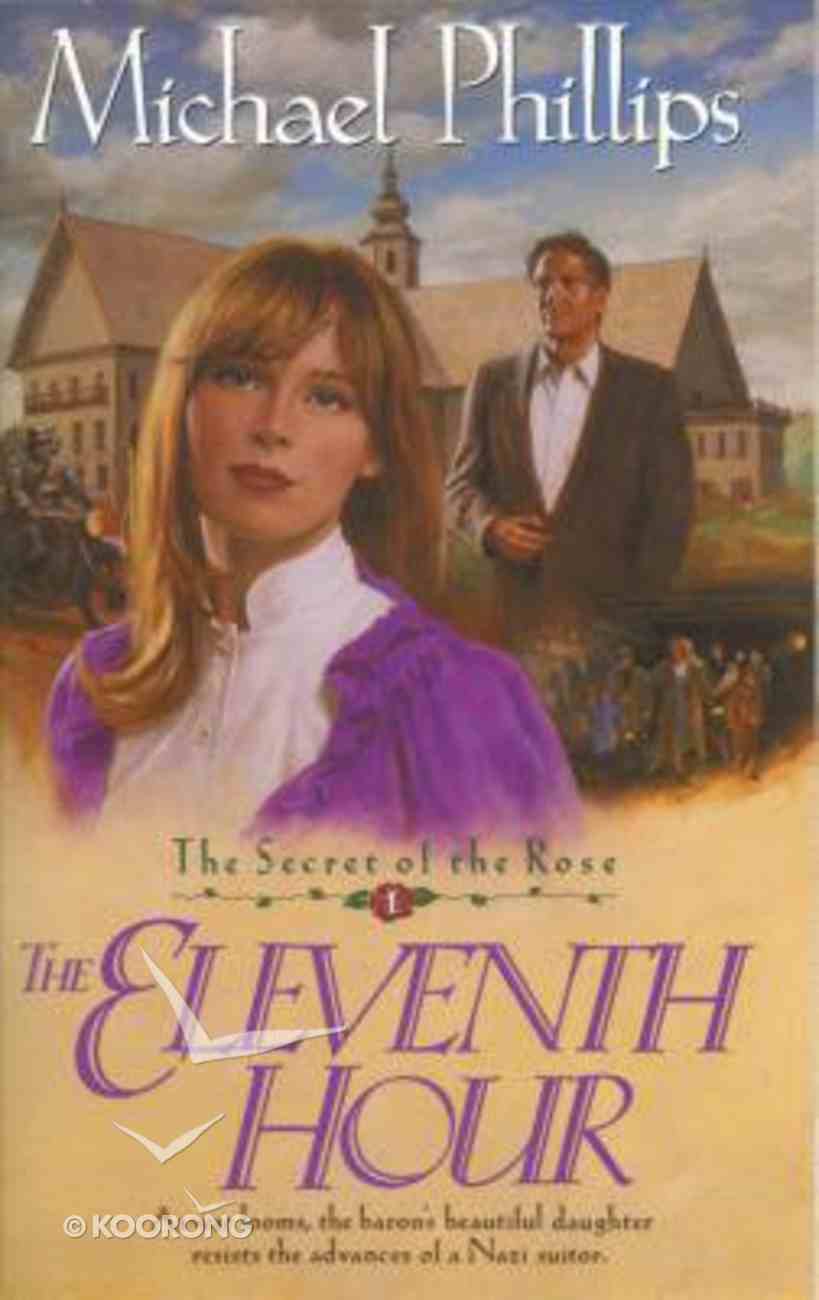 The Eleventh Hour (#01 in Secret Of The Rose Series)

THE SECRET OF THE ROSE SERIESMichael PhillipsThis exciting series from the best-selling author of the Stonewycke series expertly illustrates the grim realities and spiritual challenges of World War II and its aftermath. As war looms in THE ELEVENTH HOUR, Sabina,...

The Crown and the Crucible (#01 in Russians Series)
Michael Phillips, Judith Pella
Paperback

The Crown and the Crucible (#01 in Russians Series)
Michael Phillips, Judith Pella
eBook

THE SECRET OF THE ROSE SERIESMichael PhillipsThis exciting series from the best-selling author of the Stonewycke series expertly illustrates the grim realities and spiritual challenges of World War II and its aftermath. As war looms in THE ELEVENTH HOUR, Sabina, the beautiful daughter of a baron, resists the advances of a Nazi suitor. A ROSE REMEMBERED follows Sabinas adventures in Berlin in 1961, as she searches for her father and hides from a past that refuses to relinquish its evil grip. ESCAPE TO FREEDOM follows Sabinas adventures as she desperately seeks a way out of communist East Germany. DAWN OF LOVE follows Matthew and Sabinas son, as his meeting with a young woman catapults him into a dangerous conspiracy that threatens to destroy the tenuous freedom of the Eastern Bloc. From Tyndale.

Series premiere special price ^The Prussian Baron von Dortmann and his daughter face the uncertainty of life just before WW II as their faith and relationships are tested.
-Publisher

PRUSSIA, 1937Baron von Dortmann cares for his family with the same passion and devotion with which he tends the roses in his beloved Spring Garden. His daughter, the beautiful Sabina, drinks in the nourishment of his fascinating stories in the garden-his wonderful life-lessons about God and creation and the secrets ofgrowing things.As the baron watches over his estate and his family, he knows his daughter is destined to be a lovely bloom. Already she has caught the eye of the young American, Matthew, and their neighbors' son, Gustav.Amid the placid rhythms of farm life, the baron looks over his world with both a father's and a gardener's eyes.Unfortunately, he is not the only one watching. . .SUDDENLY a storm sweeps over neighboring Poland-the thunder and lightning of the German blitzkrieg-which will change the Dortmanns' lives forever. . .The baron will be left with a most difficult decision. Sabina will be left with the secret of the rose.
-Publisher