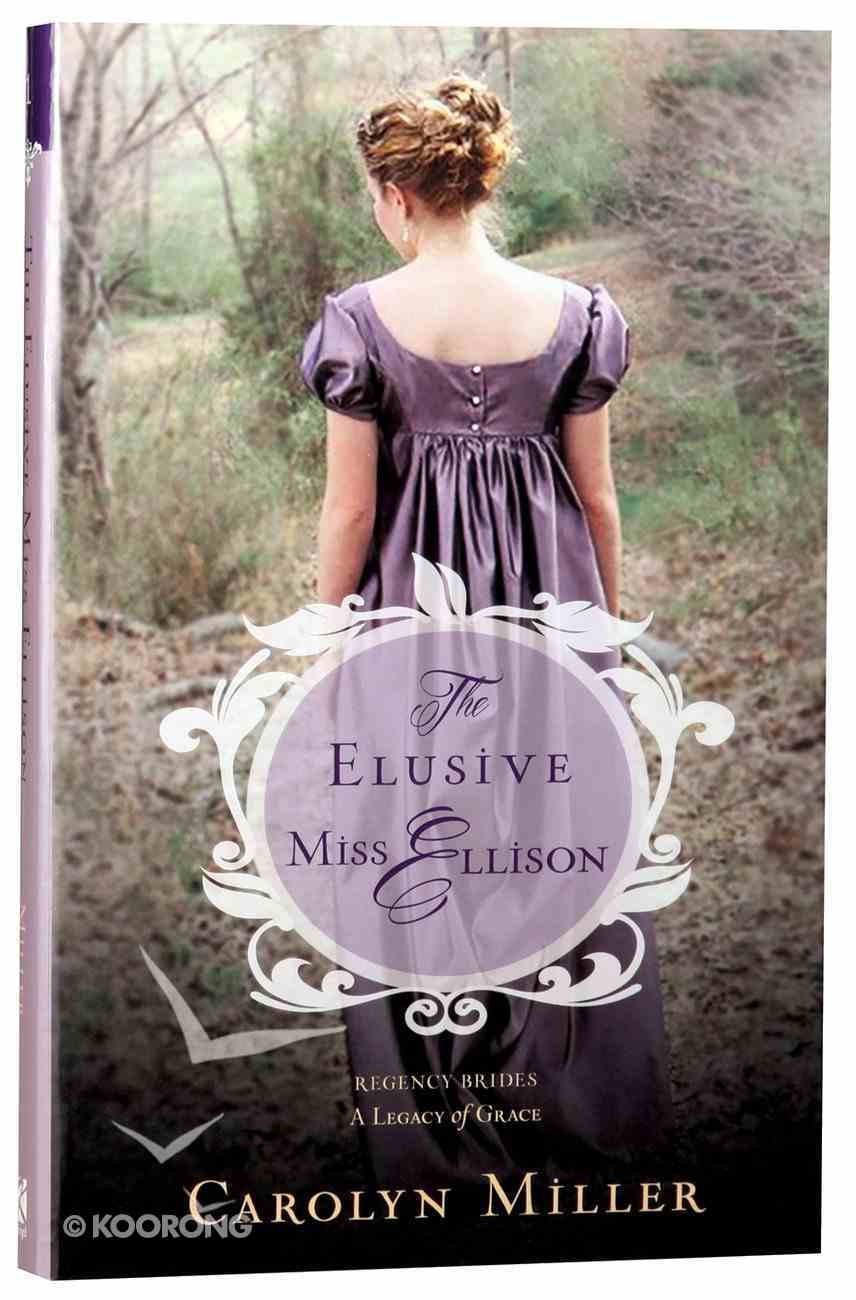 The Elusive Miss Ellison (#01 in Regency Brides: A Legacy Of Grace Series)

:
"Handsome appearance counts for naught unless matched by good character and actions." That's the firm opinion of not-so-meek minister's daughter Lavinia Ellison. So even though all the other villagers of St. Hampton Heath are swooning over the newly returned seventh Earl of Hawkesbury, she is not impressed. If a man won't take his responsibilities seriously and help those who are supposed to be able to depend on him, he deserves no respect from her. In Lavinia's pretty, gray eyes, Nicholas Stamford is just as arrogant and reckless as his brother--who stole the most important person in Livvie's world.


Nicholas is weighed down by his own guilt and responsibility, by the pain his careless brother caused, and by the legacy of war he's just left. This quick visit home to St. Hampton Heath will be just long enough to ease a small part of that burden. Asking him to bother with the lives of the villagers when there's already a bailiff on the job is simply too much to expect. That is, until the hoydenish, intelligent, and very opinionated Miss Ellison challenges him to see past his pain and pride. With her angelic voice in his head, he may even be beginning to care. But his isn't the only heart that needs to change.


These two lonely hearts may each have something the other needs. But with society's opposition, ancestral obligations, and a shocking family secret, there may be too many obstacles in their way.


Fans of Georgette Heyer, Lori Wick, and Julie Klassen will enjoy the spirited exchanges between the bluestocking minister's daughter and the bruised war hero as they move past pride and presumption to a humbled appreciation of God's grace and the true strength of love.