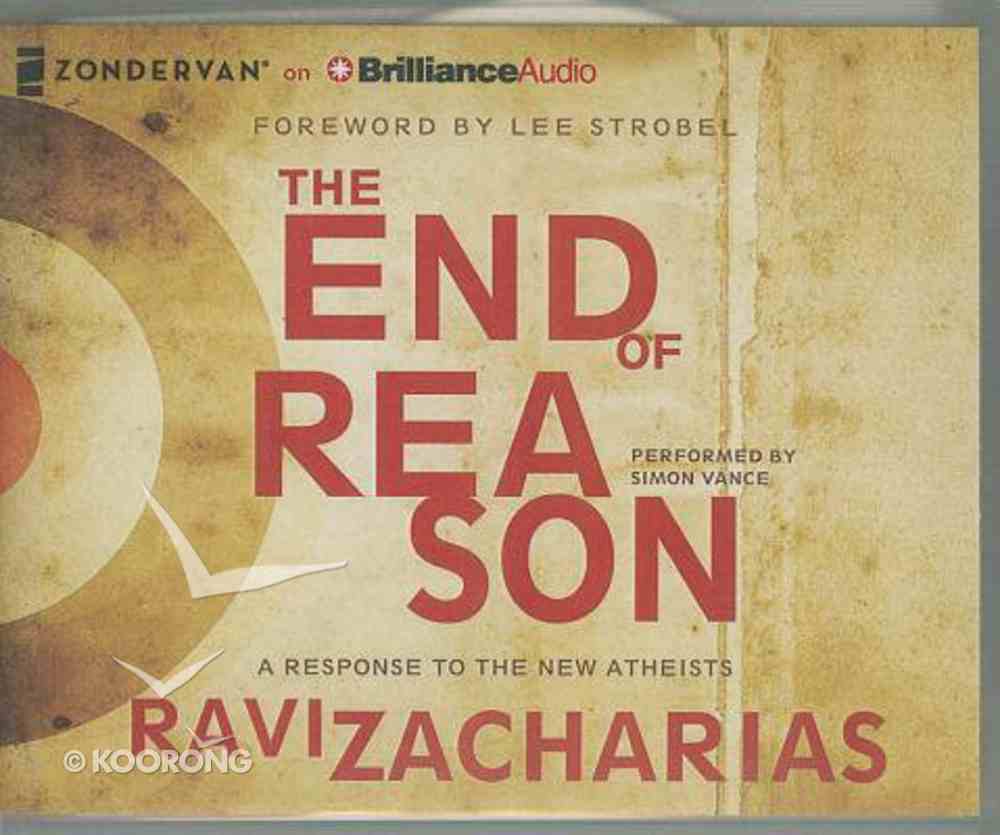 The End of Reason (Unabridged, 3 Cds)

When you pray, are you talking to a God who exists? Or is God nothing more than your "imaginary friend," like a playmate contrived by a lonely and imaginative child? When author Sam Harris attacked Christianity in Letter to...

The Case For Easter: A Journalist Investigates Evidence For the Resurrection (Unabridged, Mp3)
Lee Strobel
CD

The Case For a Creator: A Journalist Investigates Scientific Evidence That Points Toward God (Unabridged, 12 Cds)
Lee Strobel
CD

When you pray, are you talking to a God who exists? Or is God nothing more than your "imaginary friend," like a playmate contrived by a lonely and imaginative child?


When author Sam Harris attacked Christianity in Letter to a Christian Nation, reviewers called the book "marvelous" and a generation of readers--hundreds of thousands of them--were drawn to his message. Deeply troubled, Dr. Ravi Zacharias knew that he had to respond. In The End of Reason, Zacharias underscores the dependability of the Bible along with his belief in the power and goodness of God. He confidently refutes Harris's claims that God is nothing more than a figment of one's imagination and that Christians regularly practice intolerance and hatred around the globe.


If you found Sam Harris's Letter to a Christian Nation compelling, the audiobook you are holding is exactly what you need. Dr. Zacharias exposes "the utter bankruptcy of this worldview."


And if you haven't read Harris' book, Ravi's response remains a powerful, passionate, irrefutably sound set of arguments for Christian thought. The clarity and hope in this audiobook reaches out to listeners who know and follow God as well as to those who reject God.

Simon Vance is a prolific and popular audiobook narrator and actor with several hundred audiobooks to his credit. An Audie(R) Award-winner, Vance was recently named "The Voice of Choice" by "Booklist" magazine.