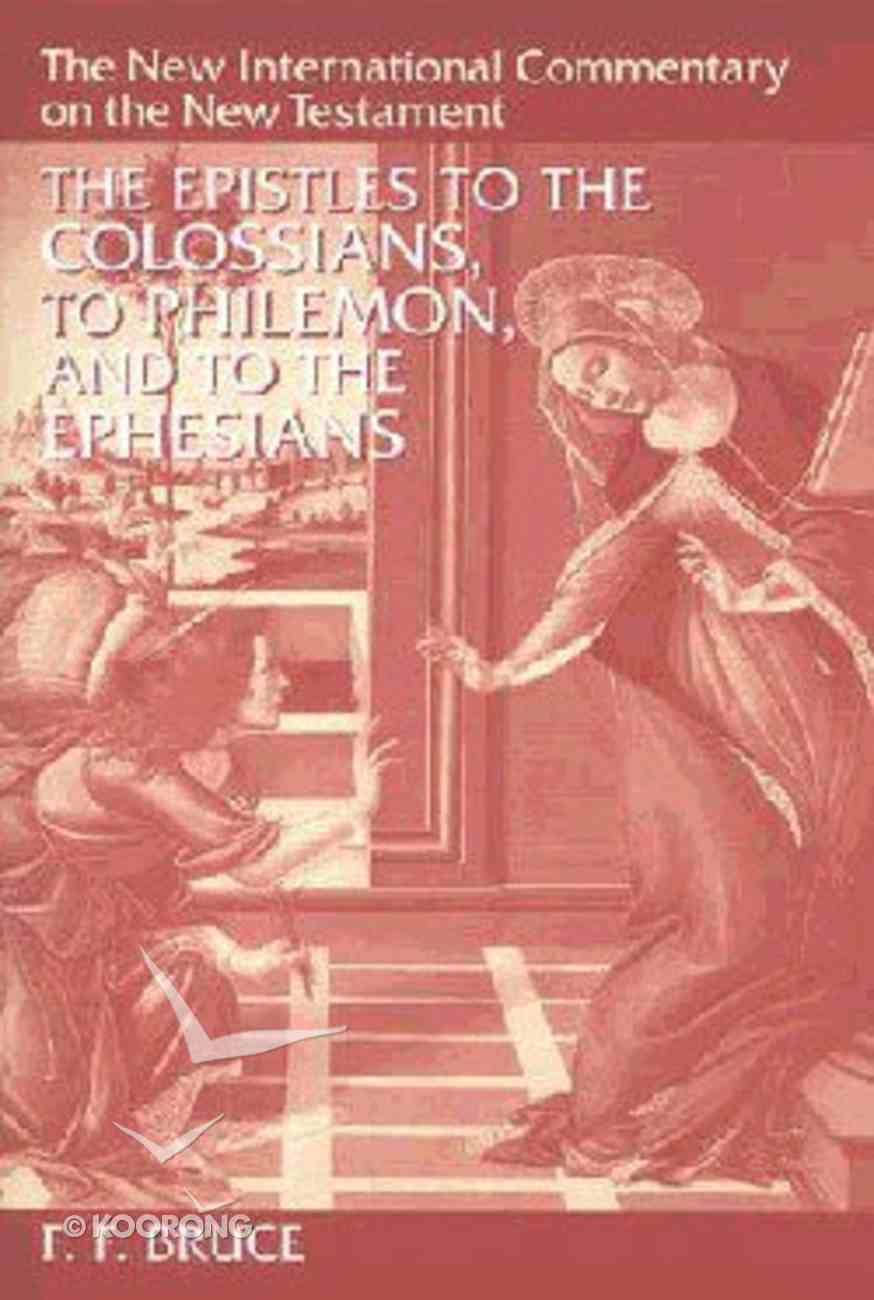 The Epistles to the Colossians, to Philemon, and to the Ephesians (New International Commentary On The New Testament Series)

Ephesians For You (God's Word For You Series)
Richard Coekin
Paperback

Paul For Everyone: The Prison Letters - Ephesians, Philippians, Colossians and Philemon (New Testament For Everyone Series)
Tom Wright
eBook

F.F. Bruce's study of the Epistles to the Colossians, to Philemon, and to the Ephesians constitute a single volume in The New International Commentary on the New Testament. Prepared by some of the world's leading scholars, the series provides an exposition of the New Testament books that is thorough and scholarly while faithful to the infallible Word of God.
-Publisher

�. . . undertaken to provide earnest students of the New Testament with an exposition that is thorough and abreast of modern scholarship and at the same time loyal to the Scriptures as the infallible Word of God.� This statement reflects the underlying purpose of The New International Commentary on the New Testament. Begun in the late 1940s by an international team of New Testament scholars, the NICNT series has become recognized by pastors, students, and scholars alike as a critical yet orthodox commentary marked by solid biblical scholarship within the evangelical Protestant tradition.


While based on a thorough study of the Greek text, the commentary introductions and expositions contain a minimum of Greek references. The NICNT authors evaluate significant textual problems and take into account the most important exegetical literature. More technical aspects &#8212; such as grammatical, textual, and historical problems &#8212; are dealt with in footnotes, special notes, and appendixes.


Under the general editorship of three outstanding New Testament scholars &#8212; first Ned Stonehouse (Westminster Theological Seminary, Philadelphia), then F. F. Bruce (University of Manchester, England), and now Gordon D. Fee (Regent College, Vancouver, British Columbia) &#8212; the NICNT series has continued to develop over the years. In order to keep the commentary �new� and conversant with contemporary scholarship, the NICNT volumes have been &#8212; and will be &#8212; revised or replaced as necessary.

The newer NICNT volumes in particular take into account the role of recent rhetorical and sociological inquiry in elucidating the meaning of the text, and they also exhibit concern for the theology and application of the text. As the NICNT series is ever brought up to date, it will continue to find ongoing usefulness as an established guide to the New Testament text.

Ephesians For You (God's Word For You Series)
Richard Coekin
Paperback