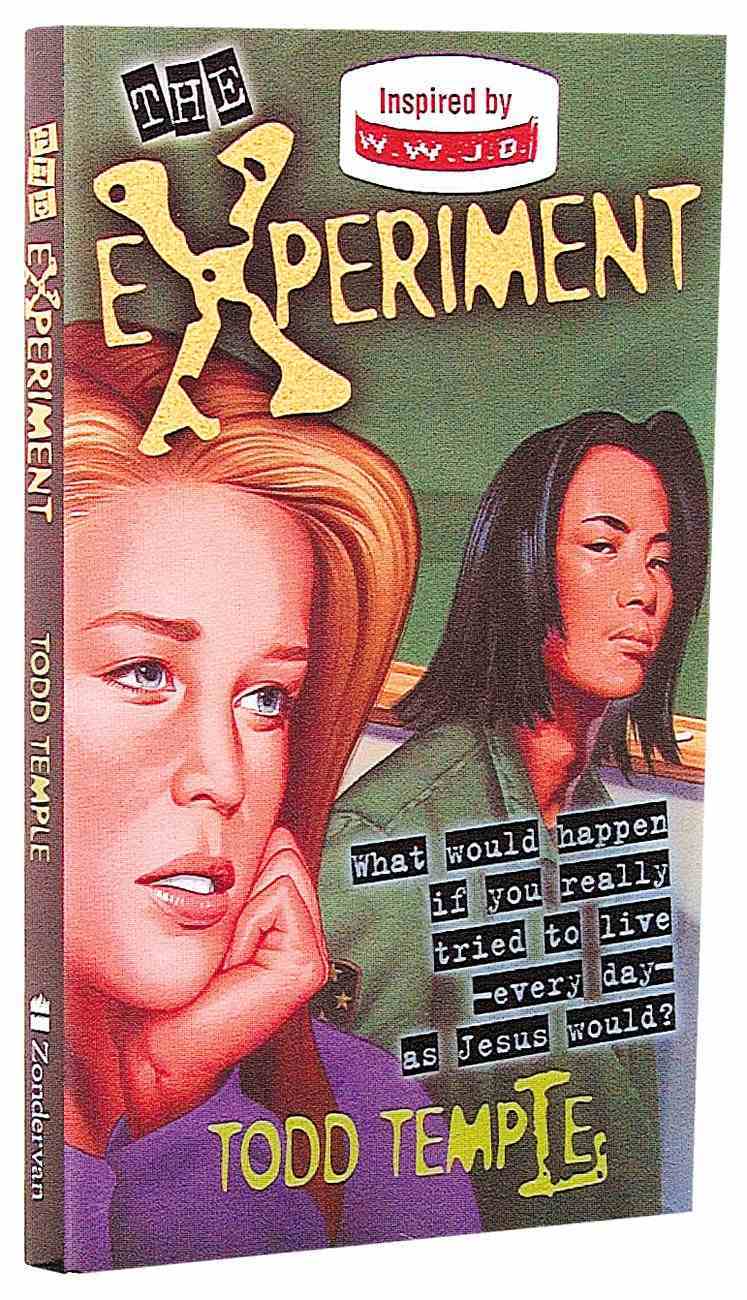 CAN ONE QUESTION REALLY CHANGE YOUR LIFE?Standing up for her faith, Tina accepts her teacher's challenge to live like Jesus for two weeks. All she has to do is ask herself, What would Jesus Do? before she makes any decision....

The Prophecy (#01 in The Watcher Chronicles Series)
Dawn Miller
eBook

CAN ONE QUESTION REALLY CHANGE YOUR LIFE?Standing up for her faith, Tina accepts her teacher's challenge to live like Jesus for two weeks. All she has to do is ask herself, What would Jesus Do? before she makes any decision. How hard can it be? She just has to keep acting like the good Christian that she believes she is. But why is Matt joining her little experiment? Matt Chen, an atheist, needs the extra credit for his class. He's excited about the chance to stand up in front of his class and announce that he lived like Jesus. First he has to learn about Jesus, which means he has to buy a Bible. And read it. But Matt is determined not to believe any of it. Both Tina and Matt are in for a shock. Because when you ask What would Jesus Do?, the answer isn't always what you think. The results can be drastic and life changing

For extra credit in World Religions class two teenagers agree to participate in an experiment in which they attempt to live for two weeks exactly as Jesus would.
-Publisher

Two high schoolers experience profound changes in thier own lives - and influence countless others - when, as part of a class assignment, they attempt to live each day, every minute, just as Jesus would.
-Publisher

Sweeping beyond the borders of America, WWJD is rapidly becoming an international phenomenon. Throughout the world, people are considering the challenging question, "What Would Jesus Do?" What would happen if, just for two weeks, their own actions became the answer?Tina Lockhart and Matthew Chen are about to find out. They're two high school students looking for extra credit in their World Religions class, and they've decided to put Christianity to the test. For two weeks, they're going to try to live minute by minute just as Jesus would.With the odds they face, it's not going to be easy. Tina, a Christian, struggles in her relationships with her boyfriend and with her father, who has divorced her mother and remarried. Matt, an atheist, knows much about his Chinese heritage -- which he holds in contempt -- but very little about Jesus or the Bible.
-Publisher

Todd Temple has written dozens of magazine articles and 22 books to youth and adults. Among his books on personal finances are: How To Become a Teenage Millionaire; Money-Making Ideas for Kids; Money Management for Teens (age 11-14 edition); Money Management for Teens (age 15-18 edition) (both with Larry Burkett); and Money -- How to Make It, Spend It, and Keep Lots of It. He is president of MediaComplete Corporation, makers of MediaShout software. A resident of Del Mar, California, he attends Solana Beach Presbyterian Church.