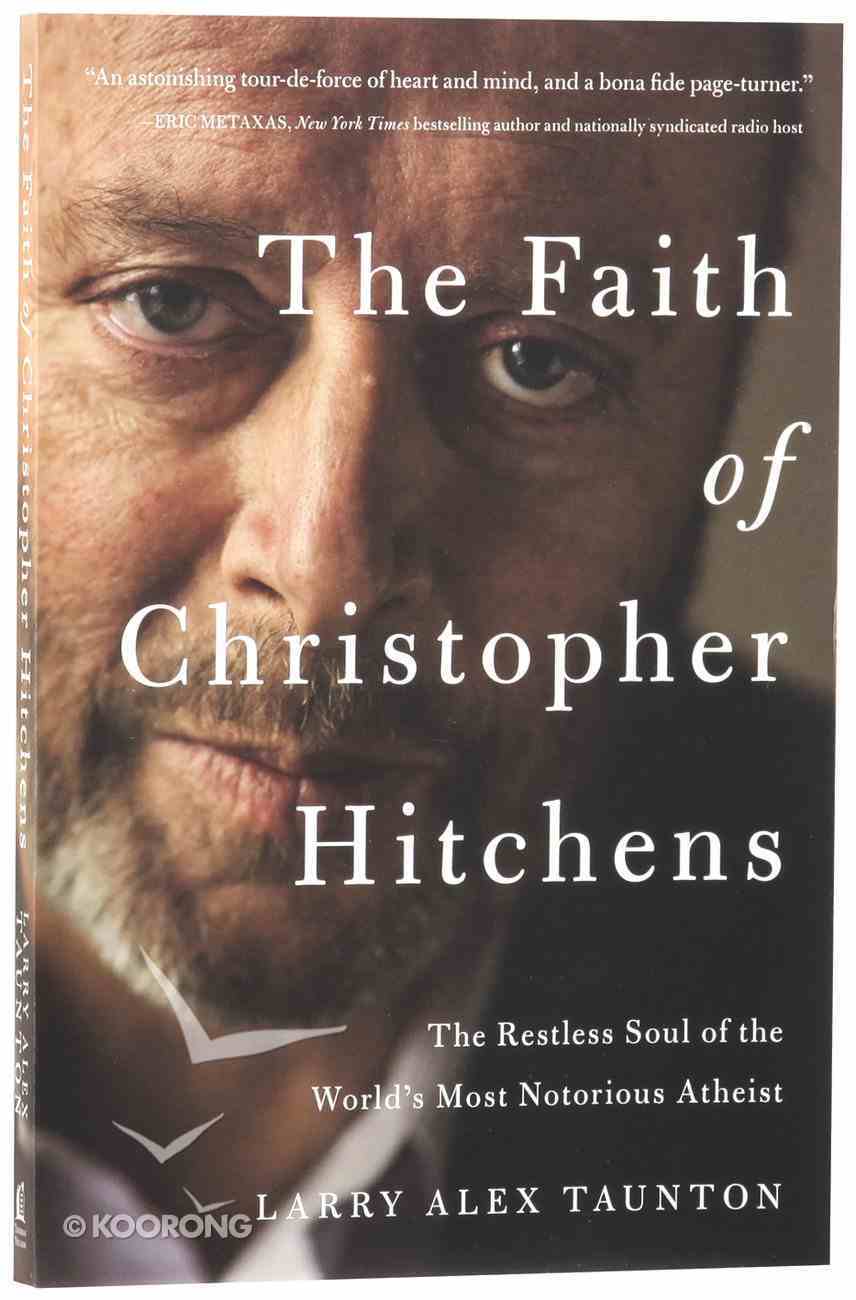 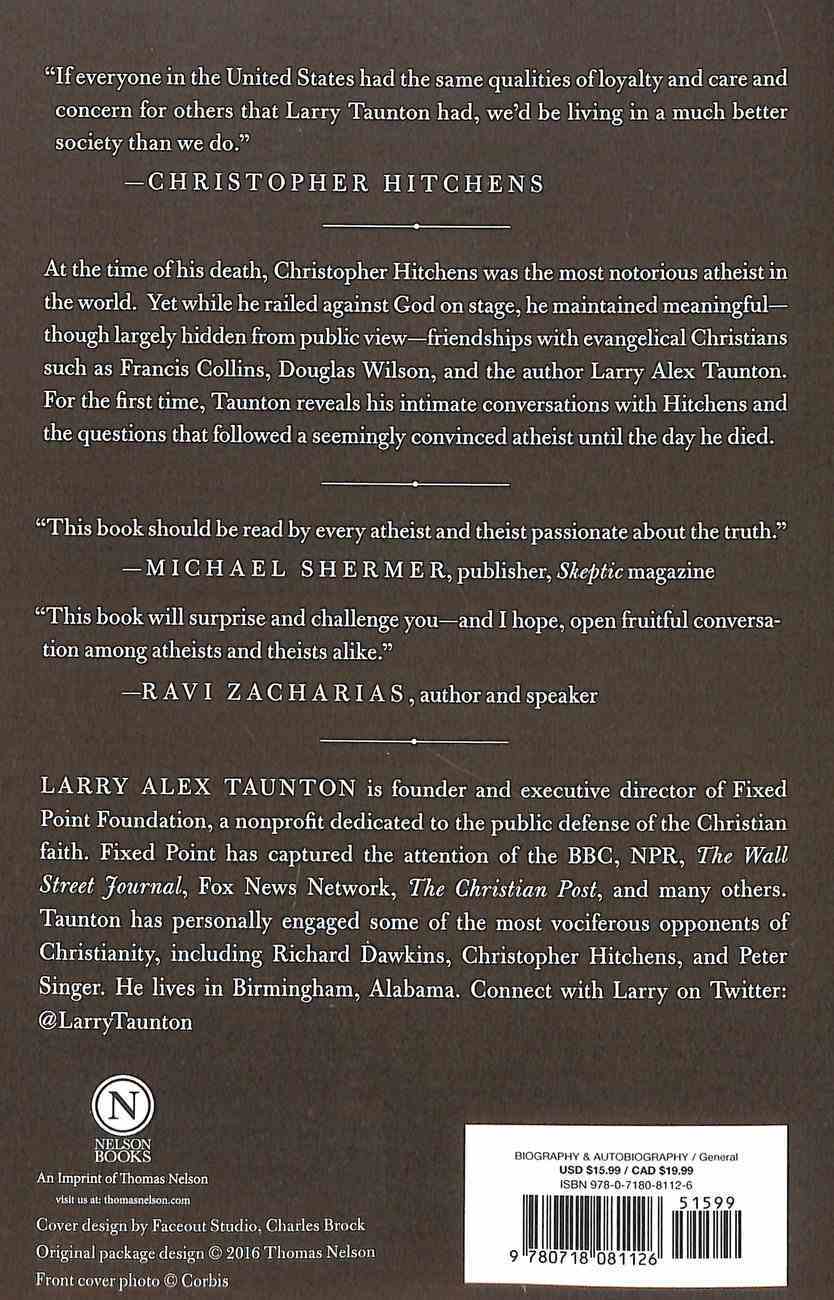 The Faith of Christopher Hitchens: The Restless Soul of the World's Most Notorious Atheist

At the time of his death, Christopher Hitchens was the most well known atheist in the world. Larry Taunton - a Christian friend of Hitchens - offers a compassionate insider's look at the man's intellectual and spiritual development, and reveals...

At the time of his death, Christopher Hitchens was the most well known atheist in the world. Larry Taunton - a Christian friend of Hitchens - offers a compassionate insider's look at the man's intellectual and spiritual development, and reveals his complex relationship with Christianity.

:
At the time of his death, Christopher Hitchens was the most notorious atheist in the world. And yet, all was not as it seemed. "Nobody is not a divided self, of course," he once told an interviewer, "but I think it's rather strong in my case." Hitchens was a man of many contradictions: a Marxist in youth who longed for acceptance among the social elites; a peacenik who revered the military; a champion of the Left who was nonetheless pro-life, pro-war-on-terror, and after 9/11 something of a neocon; and while he railed against God on stage, he maintained meaningful-though largely hidden from public view-friendships with evangelical Christians like Francis Collins, Douglas Wilson, and the author Larry Alex Taunton.


In The Faith of Christopher Hitchens, Taunton offers a very personal perspective of one of our most interesting and most misunderstood public figures. Writing with genuine compassion and without compromise, Taunton traces Hitchens's spiritual and intellectual development from his decision as a teenager to reject belief in God to his rise to prominence as one of the so-called "Four Horsemen" of the New Atheism. While Hitchens was, in the minds of many Christians, Public Enemy Number One, away from the lights and the cameras a warm friendship flourished between Hitchens and the author; a friendship that culminated in not one, but two lengthy road trips where, after Hitchens's diagnosis of esophageal cancer, they studied the Bible together. The Faith of Christopher Hitchens gives us a candid glimpse into the inner life of this intriguing, sometimes maddening, and unexpectedly vulnerable man.


"If everyone in the United States had the same qualities of loyalty and care and concern for others that Larry Taunton had, we'd be living in a much better society than we do." ~ Christopher Hitchens

Claiming to Answer: How One Person Became the Response to Our Deepest Questions (#05 in The Quest For Reality And Significance Series)
John Lennox, David Gooding
Paperback