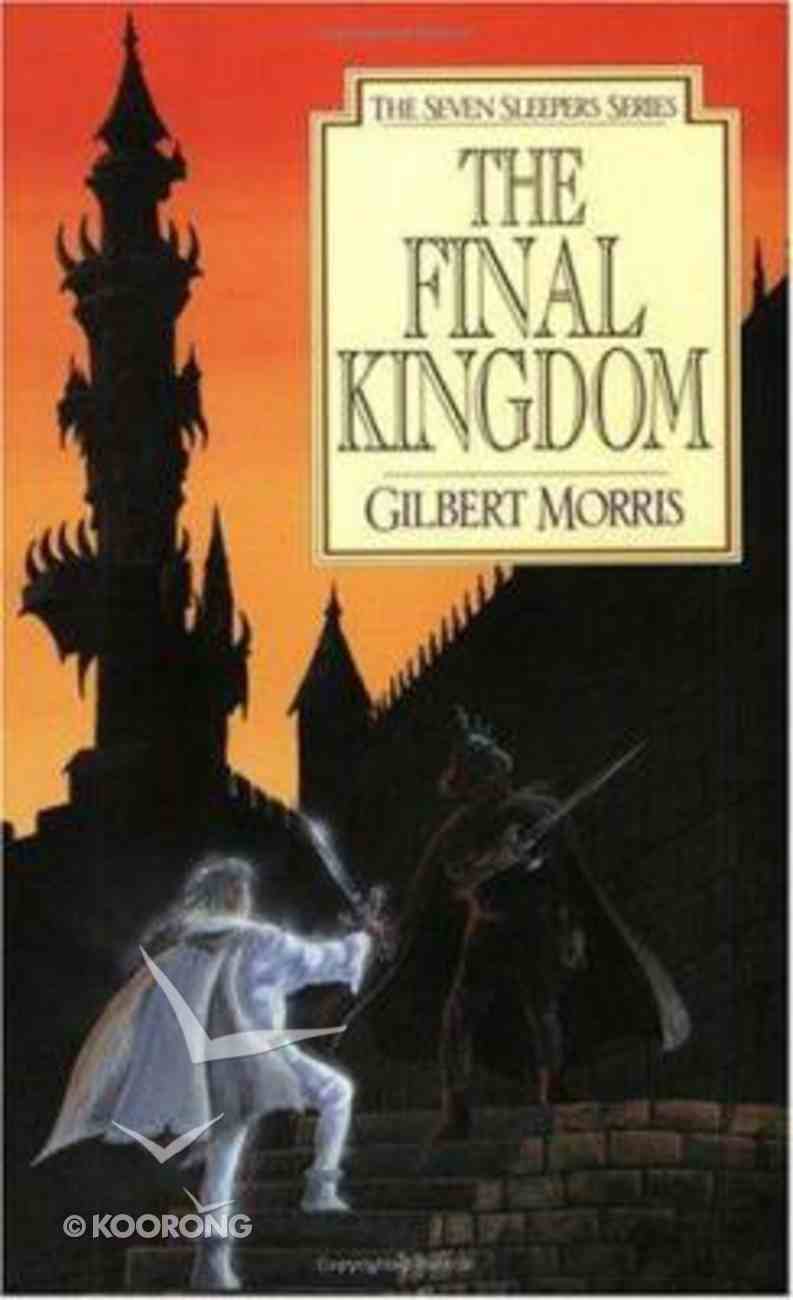 Gilbert MorrisFourteen-year-old Joshua wakes from a fifty-year sleep to find an Earth alteredbeyond recognition by the horror of nuclear war. Join him in his quest toconquer the peril of the evil one and the doubts that threaten his faith.Exciting fiction...

Gilbert MorrisFourteen-year-old Joshua wakes from a fifty-year sleep to find an Earth alteredbeyond recognition by the horror of nuclear war. Join him in his quest toconquer the peril of the evil one and the doubts that threaten his faith.Exciting fiction for ages 12 and up, from Moody.

Go with Josh and his friends as they are sent by Goel, their spiritual leader, on dangerous and challenging voyages to conquer the forces of darkness in the new world.
-Publisher

Book 10 in The Seven Sleepers Series The time has come. Goel, friend and leader of the Seven Sleepers, decides to send his teenage servants on one last mission before the great, final battle with the Dark Lord. Meantime, in his frightful tower, the Dark Lord hears some good news. An informer has been secretly planted somewhere among Goel's followers. The Sleepers set out, unaware of the perils facing them in the frozen Land of Ice, in the Caverns of Doom, and in the mysterious Land of the Magicians. Worse, they have no way of knowing that the Dark Lord's informer is in their very midst. But when disaster strikes, they become suspicious. Is it the beautiful guide, Glori? Is it the ugly dwarf, Beorn? Or...is it someone else? Join Josh and Sarah and their friends as their allegiance to Goel is tested by danger, fear, tragedy, and trickery.
-Publisher

The battle is near! The Seven Sleepers have been sent on one last mission before the final battle with the Dark Lord. "Alert three more groups of my people," instructed God. "You must go to the Land of Ice, to the Centaurs, and to Celethorn, Land of the Magicians." Join the Seven Sleepers as they set out on their most dangerous mission ever. With Beorn, the mysterious dwarf, and Glori, the stunningly beautiful woman, as their guides, they trek over frozen tundra and plunge into deep, dark caverns. Yet somehow the Dark Lord seems to meet them at every move. Could one of them be a traitor' See how Josh, Sarah, and their friends hold fast to their allegiance to God in the midst of danger, fear, tragedy, and trickery. The end has come... but who will win the victory'

"My Lord," Morder said slowly, his voice as heavy and bulky as his form, "I have good news. At last we have managed to put an informer in the House of GoÃ¿Â¨l.""This has been tried before," the Dark Lord said impatiently. "Somehow they have always ferreted out those we sent, no matter how clever." "Indeed, you speak the truth, my lordÃ¢â¿¬â¿'but this time I have succeeded. We now have an opportunity to know the inner secrets of the movements of GoÃ¿Â¨l's people." Gnash cried out at once, "If we can do that, we could lay snares for them. They could not escape. War is certain. We must destroy the Sleepers!"