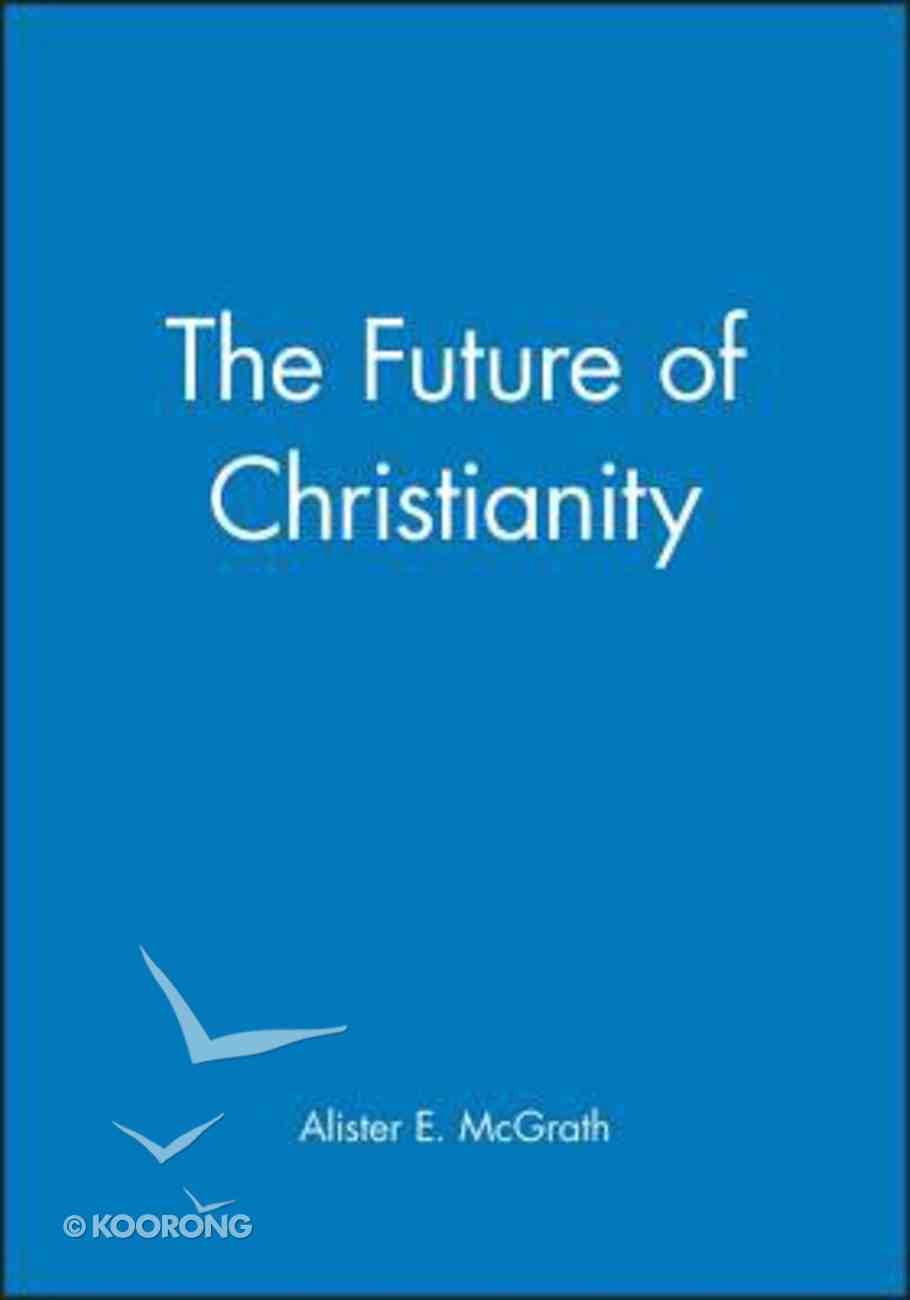 The Future of Christianity

This witty yet highly informed book deals with issues such as the crisis in confidence within western Christianity, the impact of postmodernity on Christianity, and the shift in numerical strength from the west to Africa and Asia. McGrath questions whether...

This witty yet highly informed book deals with issues such as the crisis in confidence within western Christianity, the impact of postmodernity on Christianity, and the shift in numerical strength from the west to Africa and Asia. McGrath questions whether traditional Protestant denominations are likely to survive in their present form, and charts the rise of post-denominational Christianity. He explores the impact of a consumer culture, and the gulf that has opened up between academic theology and the life of the church. 176 pages, from Blackwell.

This is a stimulating book...there is fuel here, especially for those few Anglicans left who are interested in managing more than their own demise." Third Way[A] stimulating overview of its [Christianity's] global potential at the dawn of the twenty-first century. With a critical yet sympathetic eye, McGrath explores questions confronting world Christianity entering its third millenium. McGrath is provocative and substantive." Christian WeekMcGrath's easy writing style...makes this reader a useful tool to the interested layman in thinking through future issues. Neither rosy-eyed nor pessimistic, it does, however, provide food for thought. Another excellent title from one of the Church's leading thinkers and academics." Church of England NewspaperReadable and accessible, this significant book should be included in libraries with collections in religion and Christianity." ChoiceAlister McGrath brings scholarship to the pews in digestible bites...This is a book that needs to be read and talked about." The Gospel and Our Culture[T]his is an important and serious study, which addresses a very large number of the most crucial developments in Christianity today." TheologySimply-written, yet nuanced; well-informed and global, yet highly engaging." Future Survey[T]his succinct, accessible assessment by Alister E. McGrath...examines "trends that can be discerned within global Christianity"." Overseas Ministries Study CentreWhen a thinker of such note decides to speak on the "future of Christianity" it is wise for anyone interested in the Christian tradition to give a listen." Journal of ReligionIt addresses the right issues, and does so in an interesting and stimulating manner." ColloquiumThe book gives a good overview of this crisis and should be read by all who are interested in the future of Christianity." Izak Spangenberg, University of South Africa, Religion and Theology
-Publisher

Christianity is the world's largest religious grouping. It has undergone massive change in the twentieth century, and seems poised to undergo major transformations in the next. In this important and timely book, one of Christianity's most prolific and respected writers examines these changes, and their implications for the future.
-Publisher