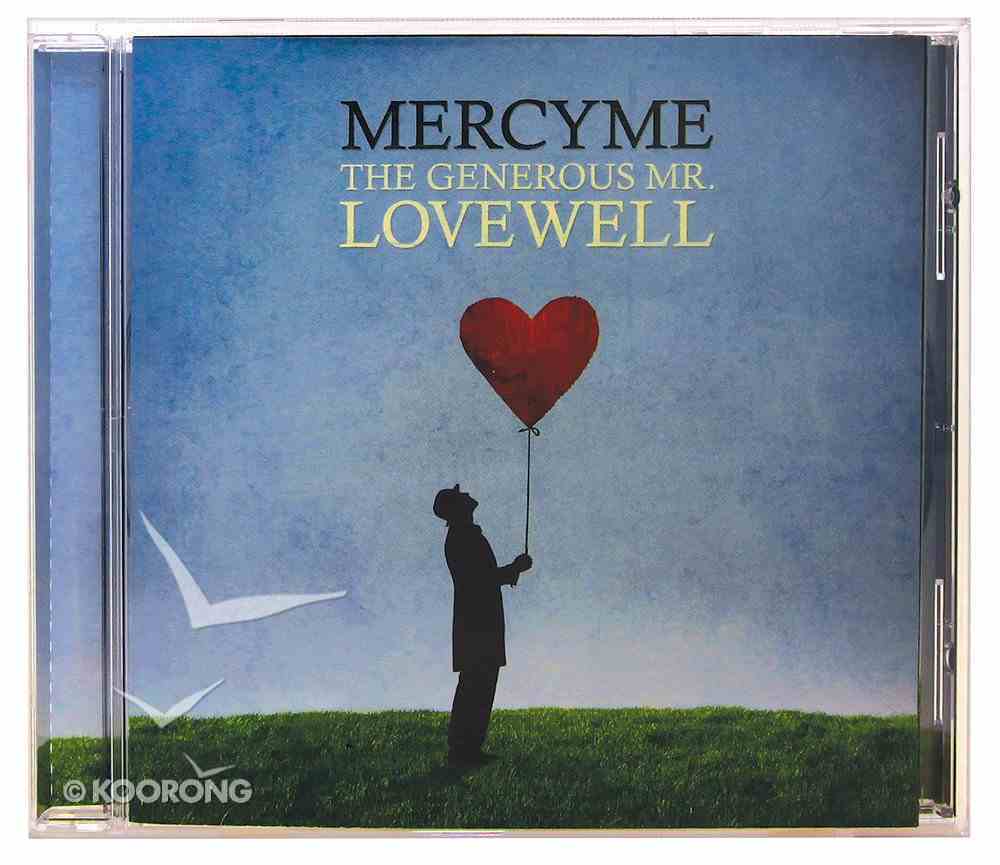 Coming Up to Breathe
Mercyme
CD

Hurt and the Healer
Mercyme
CD

MERCYME ENCOURAGES "ALL OF CREATION" TO "LOVE WELL" WITH RELEASE OF "THE GENEROUS MR. LOVEWELL" ON MAY 4 (USA).

Multi-platinum and award-winning band MercyMe is encouraging "All Of Creation" to "love well" with their upcoming studio album "The Generous Mr. Lovewell" (INO Records), scheduled to arrive May 4th nationwide (USA).

"The album, "The Generous Mr. Lovewell," revolves around a fictional character we created who reminds us that we simply need to love others well," explains MercyMe frontman Bart Millard. "For some of us, it means that we need to put hands and feet on our ideology and rhetoric. For others, it means that we need to continue in doing well, but to not stop there. We need to let people know why we are called to make a difference. Our prayer is that this album would mobilize the body of Christ to encourage people in word and deed."

MercyMe recently had the opportunity to share this concept as they personally premiered their first single, "All of Creation" to radio stations across the U.S. The band split up into three teams of two, making stops at major market stations such as K-LOVE, Z88 in Orlando, The Fish Los Angeles, KCMS in Seattle, WCSG in Grand Rapids and dozens more.

Produced by Brown Bannister and Dan Muckala, the project features 11 tracks, and with each member sending regular tweets throughout the recording, photo shoots and more, fans have been able to stay connected to the process. The band plans to continue this process, and has already posted YouTube videos talking about the idea behind Mr. Lovewell and the new single:

Millard Introduces "All Of Creation" -
http://www.youtube.com/user/INORecords#p/a/u/0/q-tywXLREik

"We as a band are all very excited about "The Generous Mr. Lovewell," continues Millard. "And hopefully it will create a movement of encouraging people to make a difference in the world whether it's helping your neighbor or just loving each other."

Also this spring, fans can catch MercyMe on the Rock And Worship Roadshow as they travel across the country alongside fellow acts David Crowder*Band, Family Force 5, Francesca Battistelli, Fee, Remedy Drive and Sidewalk Prophets. To see if the tour is coming to a city nearby please visit: www.rockandworshiproadshow.com.

For more information on MercyMe and "The Generous Mr. Lovewell," please go to www.mercyme.org or www.mrlovewell.com, or via Twitter @MrLovewell.

:Following the group's comprehensive ten-year retrospective, MercyMe returns from the studio with a fresh set of captivating anthems of worship and adult contemporary radio gems. The Generous Mr. Lovewell features Bart Millard's penetrating lyrics on eleven powerful originals, including the #1 hit single 'All of Creation.' 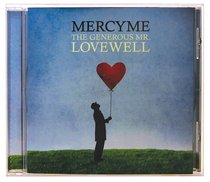 A period of brokenness led to the formation of the worship band, MercyMe in 1994. The band from Greenville, Texas has quickly evolved from being Christian music's fastest-selling new act to one of the most successful bands in all musical genres. Just a bunch of guys who loved music, loved the Lord and wanted be able to support their families playing music for and about Jesus. Several Dove Awards, several albums and over five million + CD and DVD sales later, a lot has changed. But they're still the same people - guys who love what they do and who they do it for.

Trial and Triumph
I Am They
CD