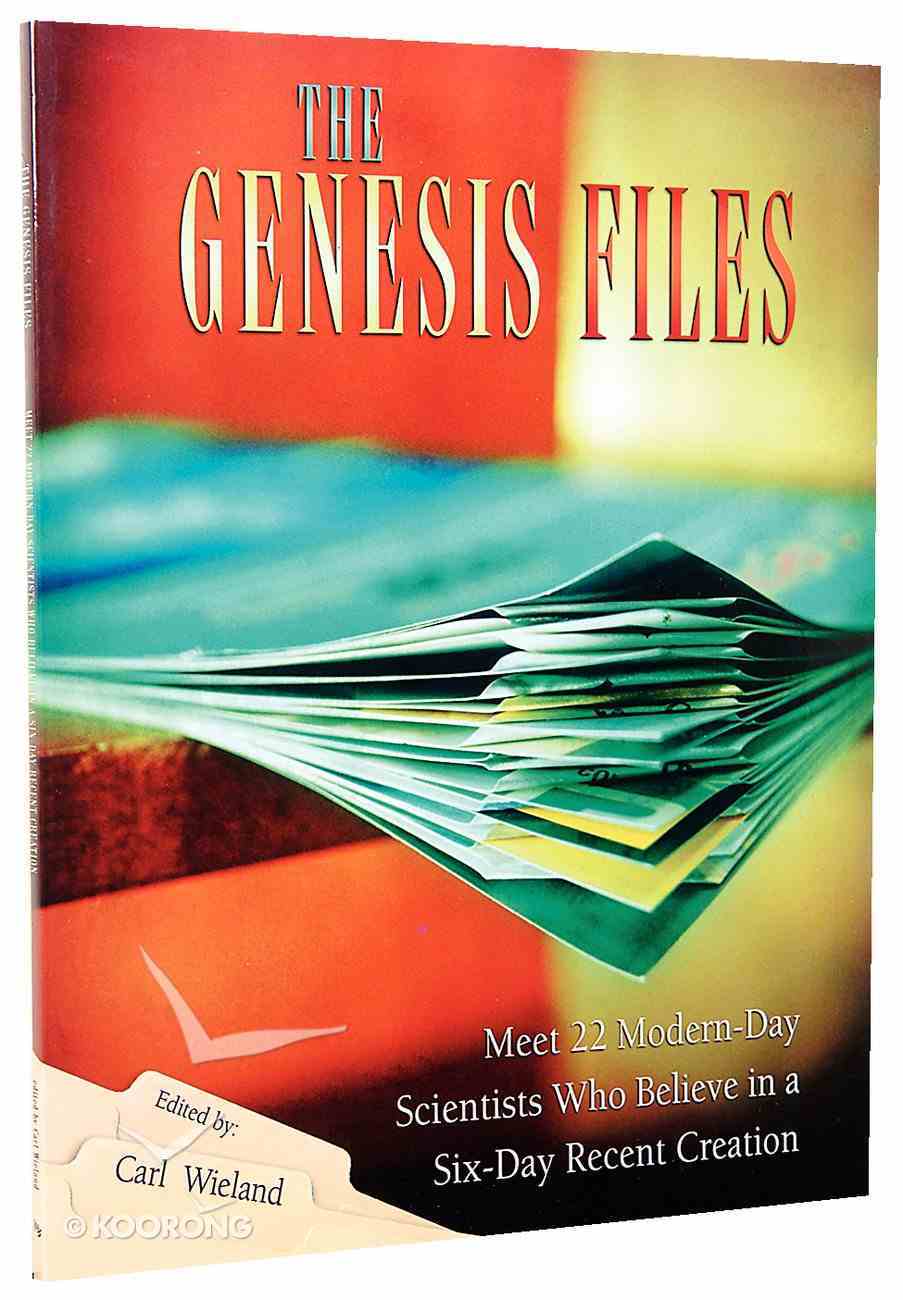 This colourfully illustrated, large format paperback presents 22 interviews with professionals in science and technology who believe in a literal six-day creation. They give their reasons for challenging evolutionism, and provide a range of fascinating alternatives in the fields of...

The God of Creation: Truth and Gospel in Genesis 1
Richard D Phillips
Paperback

This colourfully illustrated, large format paperback presents 22 interviews with professionals in science and technology who believe in a literal six-day creation. They give their reasons for challenging evolutionism, and provide a range of fascinating alternatives in the fields of genetics, geology, cosmology, and more. 111 pages, from Master Books.

Here you'll encounter: - The toxicologist from Thailand who survived child abuse, Buddhism, and other tragedies to trust God to lead him to where he is now- The spelunker from Romania who translated Christian films in clandestine places and miraculously avoided capture by the authorities- The Cal State physicist who says people are "unaware of the speculation and uncertainty (even rule-bending) there is in physical theories of origins"- The first plastic surgeon in the world to successfully reattach a human ear- A family of geniuses -- all four children entered the university of Washington before the age of 15!- An aerospace engineer who works for the world's largest tactical missile producer
-Publisher

Dr. Carl Wieland is the chief executive officer of Answers in Genesis, Brisbane, Australia. Carl also serves as a director of the affiliated Answers in Genesis creation ministries in the United Kingdom and the United States. A former Adelaide, South Australia, medical practitioner (past presiden of the South Australian Christian Medical Fellowship), Carl is in great demand as a speaker on the scientific evidence of the biblical creation/flood account and its relevance to Christianity.
-Publisher

Many universities teach evolution as fact; museums tell us that history dates to millions of years. Surely by now, everyone (especially scientists) believes that the earth and its inhabitants have evolved over millions and billions of years to the present. Everyone? Well, no, not everyone. Millions (including scientists) are still holding to the truths of Genesis and the Bible. Presented within this book are 22 interviews with scientists from around the world who believe in a literal six-day creation. Book jacket.
-Publisher

Carl Wieland is founder and director of Answers in Genesis (Australia), a leading research organization that teaches the veracity of the Bible from the very first verse. He is also the co-author of "When Christians Roamed the Earth; Walking Through Shadows; Stones Bones; and The Creation Answers Book.