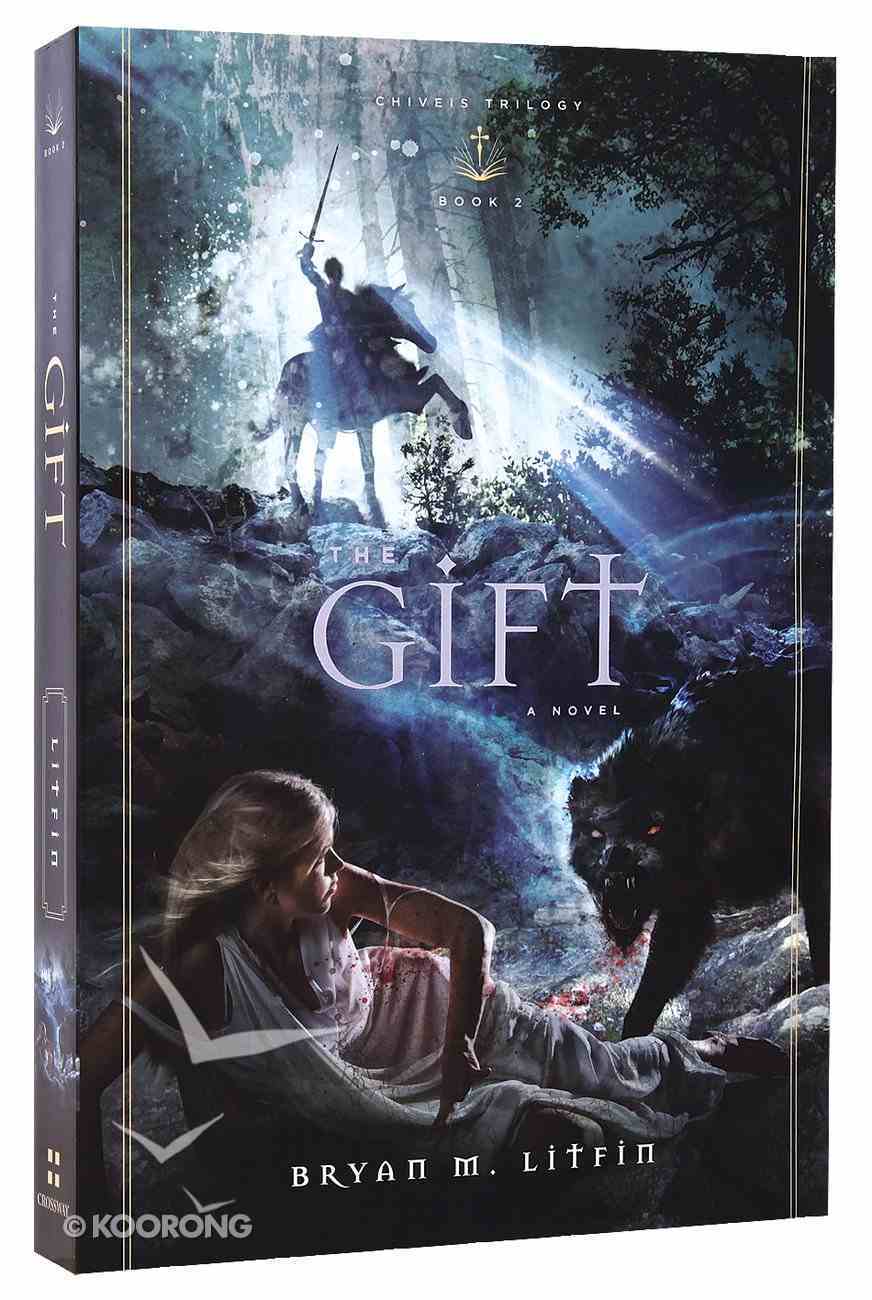 aLitfin has woven another fascinating narrative in his imaginative future world of epic adventure. Using his keen understanding of theology and history, he has skillfully infused this novel with the grand themes of grace and redemption at every turn. There''s a lesson for readers here as Teofil and Anastasia face their own brokenness and find who has the power to give strength and courage in their weakness.a -Dr. Thomas Cornman, Academic Vice President, Cedarville University aThe Giftis a powerfully written story about forgiveness and a desire to know the truth, no matter the cost. It''s impossible to read this book and not develop a greater appreciation for the Scriptures and a deeper understanding of the Christian faith. Few authors touch my heart so deeply that all of their books make my favorites list, but Bryan Litfin has done it with this series.a -Michelle Sutton, author, Letting Goand It''s Not About Me aA captivating narrative that journeys into the discovery of a living religion that seems lost and unrecoverable, this tale imagines how a sovereign God might reveal its mysteries anew. Any lover of theology and Western history would enjoy watching believers uncover lost symbols and writings, piecing together the greatest paradoxes of the faith in the drama of a fictional narrative. Action, conspiracy, romance, and faith combine in a tale depicting how the treasured beliefs of Christianity might first appear to a generation that had never seen its wonders.a -W. Brian Shelton, Vice President for Academic Affairs, Toccoa Falls College aLitfin writes with a warmth reminiscent of Lewis, both of whom can tell drama and battles, and even tragedy, while still making the reader feel alive. His fascinating research and knowledge of Christian theology makes The Giftan enlightening read.a -David Ulrich, college student, Orange County, California aI finished this book within twenty-four hours of receiving it! Thrilling action, sound theology, a damsel in distress-what more could you ask from a novel? The Giftcaused me to feel deeper love for my wife, more gratitude for my children, and a renewed sense of Godas mercy in the gift of Christ. Enjoy!a -James M. Hamilton, Jr., Assistant Professor of Biblical Studies, The Southern Baptist Theological Seminary; author, God''s Indwelling Presence aThe Giftushers readers back into the land of Chiveis, a medieval future-world brimming with adventure and intrigue. It continues the story of Teo and Ana, exiles from their homeland, on a quest to learn more of Deu, the Creator God. While entertaining to read, The Giftis much more than mere entertainment. It is a call to know and love the one true God through his Son, Jesus Christ, the Pierced King.a -Matt Tully, Pastoral Assistant, Cedar Heights Baptist Church, Cedar Falls, IA aLitfin draws readers into an evocative post-apocalyptic world, where the true faith is emerging from the ashes of the past-a faith the enemy is intent on destroying. A suspenseful story, skillfully woven with characters who risk their lives for loyalty, honor, and truth.a -C. S. Lakin, author, Someone to Blameand The Wolf of Tebron aThe second installment of the Chiveis Trilogy steps into a futuristic but believable world where evil is powerful. This story elicits widened eyes, shed tears, and gasps of surprise as the author reflects on the reality of our fallen world and the grace God gives us through Jesus. As Teo and Ana piece together the truth of Godas perfect narrative and search for the God they have yet to fully know, I rediscovered the beauty of the gospel and saw the Savior in a whole new way.a -Rachel Estes, college student, Denville, New Jersey aSo, youare looking for some adventure are you? Iam afraid youall have to stop reading this review and open up the book if youare looking for that. Behind this introductory section lies the enchanting world of Ulmbartia, Likuria and Roma. The story that awaits you is sure to be foreign to anything youave ever experienced before. I invite you to set sail on the oceans of Dr. Litfinas imagination. Following a brave professor turned mercenary and a beautiful maiden turned aristocrat, you have no need to fear the treacherous road that lies in the pages ahead. The time has come for you to decide, dear reader: Will you take the fateful dive and flip the page? You have nothing to lose and a whole new world to gain.a -Gary Corcoran, college student, Newport Beach, California
-Publisher

Book two in the Chiveis Trilogy


Hundreds of years in the future, war and disease have destroyed civilization as we know it. Modern technology has vanished and history is largely forgotten. A struggling society of survivors has just begun to rebuild, creating kingdoms of a feudal order.


Exiled from their beloved home of Chiveis, Teo and Ana journey into foreign lands in search of the second half of Deu’s sacred writings. But finding an ancient manuscript is far from easy, especially when the pair is tempted, tried, and separated along the way.


On a quest fraught with unforeseen perils, murderous villains, and the prejudices of elite societies, the bond between Teo and Ana is put to the ultimate test. Though the New Testament might be found in distant Roma, will the price of its discovery be too high to pay?