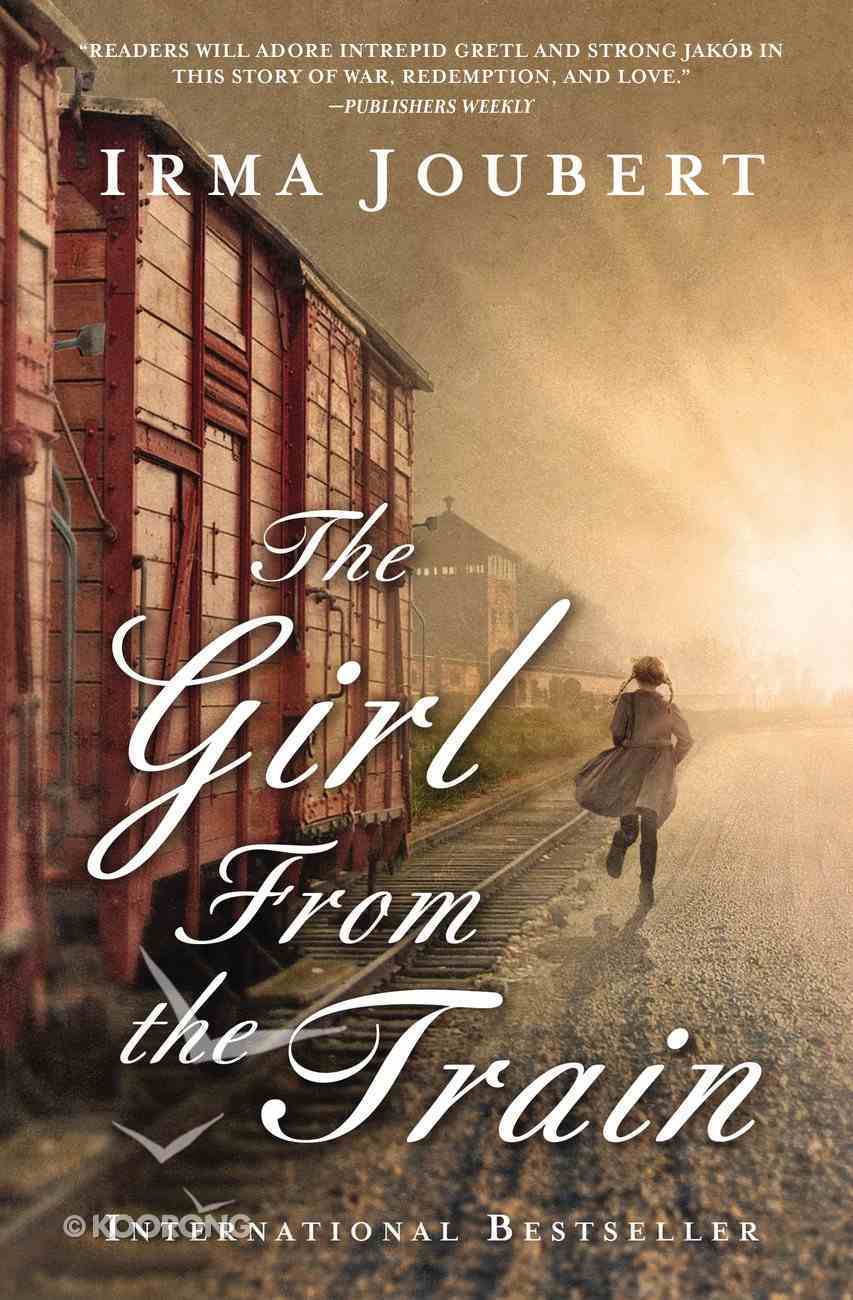 The Girl From the Train

Six-year-old Gretl Schmidt is on a train bound for Aushwitz. Jakób Kowalski is planting a bomb on the tracks. "Richly imagined and masterfully told, a love story so moving it will leave you breathless. And deeply satisfied." -Tamera Alexander, ...

The Girl From the Train
Irma Joubert
Paperback

The Girl From the Train
Irma Joubert
eAudio

Six-year-old Gretl Schmidt is on a train bound for Aushwitz. Jakób Kowalski is planting a bomb on the tracks.


As World War II draws to a close, Jakób fights with the Polish resistance against the crushing forces of Germany and Russia. They intend to destroy a German troop transport, but Gretl's unscheduled train reaches the bomb first.


Gretl is the only survivor. Though spared from the concentration camp, the orphaned German Jew finds herself lost in a country hostile to her people. When Jakób discovers her, guilt and fatherly compassion prompt him to take her in. For three years, the young man and little girl form a bond over the secrets they must hide from his Catholic family.


But she can't stay with him forever. Jakób sends Gretl to South Africa, where German war orphans are promised bright futures with adoptive Protestant families-so long as Gretl's Jewish roots, Catholic education, and connections to communist Poland are never discovered.


Separated by continents, politics, religion, language, and years, Jakób and Gretl will likely never see each other again. But the events they have both survived and their belief that the human spirit can triumph over the ravages of war have formed a bond of love that no circumstances can overcome.


"Readers will adore intrepid Gretl and strong Jakób in this story of war, redemption, and love." -Publisher's Weekly


"Right from the start, Joubert sets up a palpable, tension-filled atmosphere and visually striking landscape. Mixing factual events with fiction, Gretl and Jakob offer interesting viewpoints on the world around them." -RT Book Reviews, 4 1/2 stars


"A riveting read with an endearing, courageous protagonist ... takes us from war-torn Poland to the veldt of South Africa in a story rich in love, loss, and the survival of the human spirit." -Anne Easter Smith, author of A Rose for the Crown


"Captivating. Emotional and heart-stirring. Joubert masterfully crafts every scene with tenderness and hauntingly accurate detail. It's a stunning coming-of-age novel that packs emotion in a delicate weave of hope, faith-and the very best of love." -Kristy Cambron, author of The Butterfly and the Violin and A Sparrow in Terezin


"A fresh voice and a masterpiece I could not put down-one I will long remember." -Cathy Gohlke, Christy Award winning author of Secrets She Kept and Saving Amelie


"The Girl From the Train is an eloquent, moving testament to love and its power to illuminate our authentic selves." -Sherry Jones, author of The Sharp Hook of Love

International bestselling author Irma Joubert was a history teacher for 35 years before she began writing. Her stories are known for their deep insight into personal relationships and rich historical detail. She's the author of eight novels and a regular fixture on bestseller lists in The Netherlands and in her native South Africa. She is the winner of the 2010 ATKV Prize for Romance Novels. Facebook:nbsp;irmajoubertpage