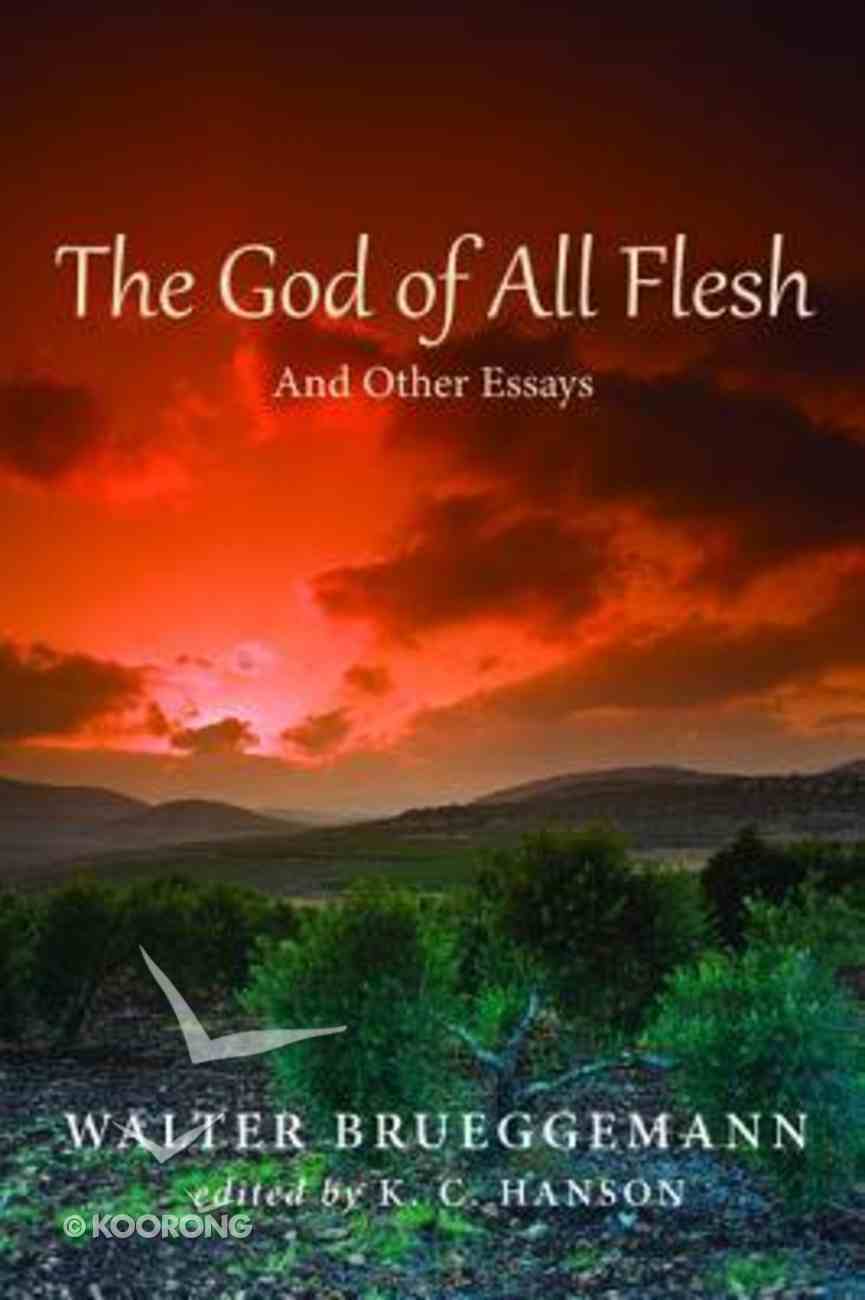 The God of All Flesh

Biblical faith is passionately and relentlessly material in its accent. This claim is rooted in the conviction that the creator God loves and cares for the creation and summons creation to be in sync with the will of the creator...

The Message of the Psalms
Walter Brueggemann
Paperback

Biblical faith is passionately and relentlessly material in its accent. This claim is rooted in the conviction that the creator God loves and cares for the creation and summons creation to be in sync with the will of the creator God. This collection of essays is focused on the bodily life of the world as it is ordered in all of its problematic political and economic forms. The phrase of the title, ""all flesh,"" in the flood narrative of Genesis 9, refers to all living creatures who are in covenant with God--human beings, animals, birds, and fish--as recipients of God's grace, as dependent upon Gods' generosity, and as destined for praise and obedience to God. The insistence on the materiality of life as the subject of the Bible means that the hard issues of economics and the demanding questions of politics are front and center in the text. So the Pentateuch pivots around the exodus narrative and the emancipation from an unbearable context of abusive labor practices. In like manner the prophets endlessly address such questions of social policy, and the wisdom teachers reflect on how to manage the material things of life and social relationships for the well-being of the community. This accent, pervasive in these essays, is a powerful alternative and a strong resistance against all of the contemporary efforts to transcend (escape!) the material into some form of the ""spiritual."" All around us are efforts to find an easier, more harmonious faith. This may be evoked simply because life is ""too hard,"" or more ominously because of a desire to shield economic, political advantage from the inescapable critique of biblical faith. Such a temptation is a serious misreading of the Bible and a serious misjudgment about the nature of human existence. Thus the Bible addressed the most urgent issues of our day, and refuses the ""religious temptation"" that avoids lived reality where the power of God is a work. Walter Brueggemann is William Marcellus McPheeters Professor of Old Testament Emeritus at Columbia Theological Seminary, Decatur, Georgia. He is a prolific author, whose works include several volumes from Cascade Books: Praying the Psalms (2nd ed., 2007), Truth-Telling as Subversive Obedience (2011), Remember You Are Dust (2012), Embracing the Transformation (2013), and The Practice of Homefulness (2014).
-Publisher


His recent publications include Mandate to Difference: An Invitation to the Contemporary Church, The Theology of the Book of Jeremiah, Like Fire in the Bones: Listening for the Prophetic Word in Jeremiah, and The Word That Redescribes the World: The Bible and Discipleship.

The God Who is There
Francis A Schaeffer
Paperback

Messiah in the Feasts of Israel (Handbook)
Sam Nadler
Paperback