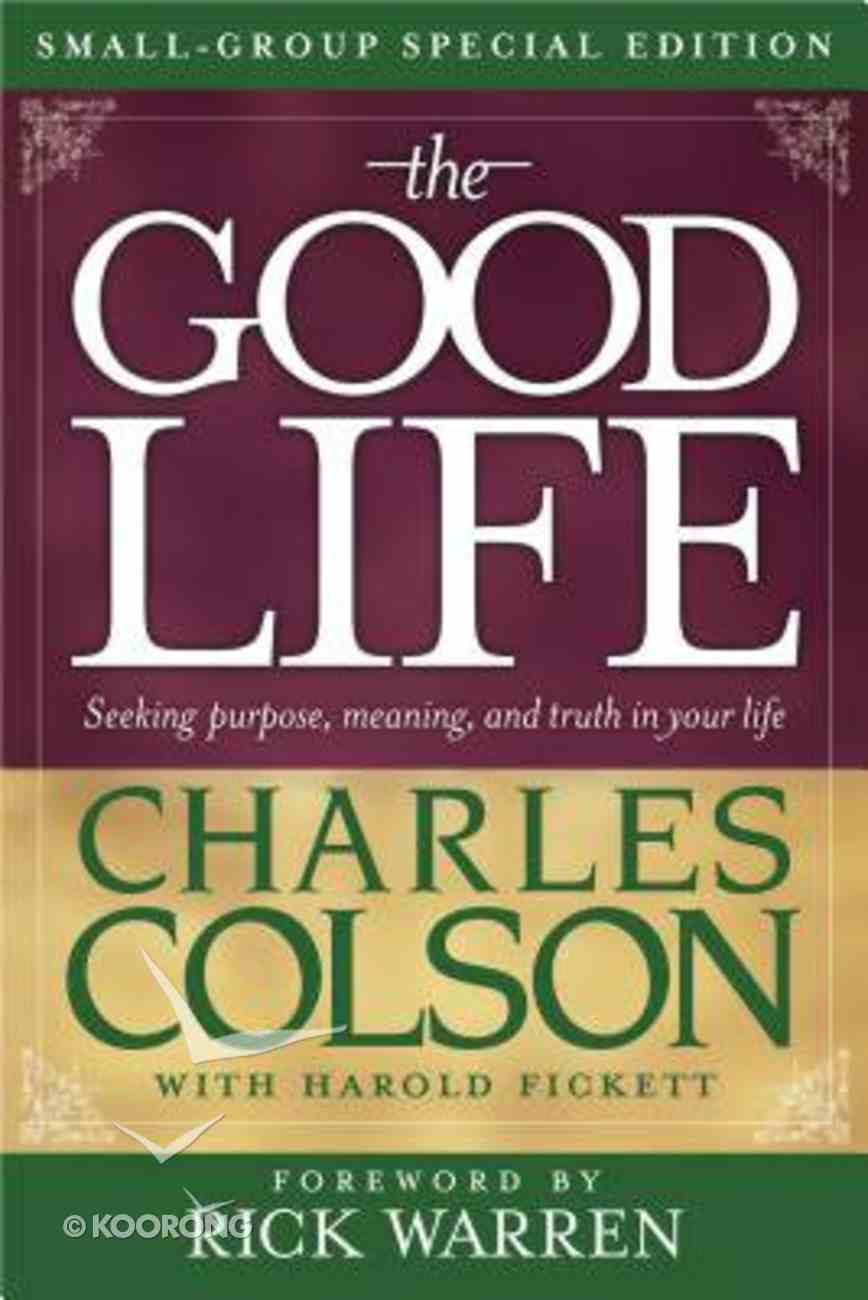 The Good Life searches for answers to the questions we all ask: Who am I? Why am I here? How can I make my life count? Reflecting on his own story and the stories of others, Chuck Colson examines the...

How Now Shall We Live?
Charles Colson, Nancy Pearcey
eBook

The Good Life searches for answers to the questions we all ask: Who am I? Why am I here? How can I make my life count? Reflecting on his own story and the stories of others, Chuck Colson examines the beliefs and assumptions that make up the fabric of our lives. In this edition, there is additional material that relates to a worldview campaign that is presented by both Rick Warren and Chuck Colson called Wide Angle: Framing Your Worldview. Foreword provided by Rick Warren.
-Publisher

Harold Fickett is the author of numerous books, including an acclaimed novel about the evangelical experience, The Holy Fool; a critical biography of Flannery O'Connor, Images of Grace; and the inspirational Living Christ. He is a cofounder of Image: Art, Faith, Mystery, a journal devoted to the intersection of the arts and religion. He is a contributing editor of the web magazine GodSpy (www.godspy.com) and writes regularly for such publications as Books andamp; Culture and Crisis. Fickett has been making contributions to Colson's projects for twenty-five years, beginning with Loving God and