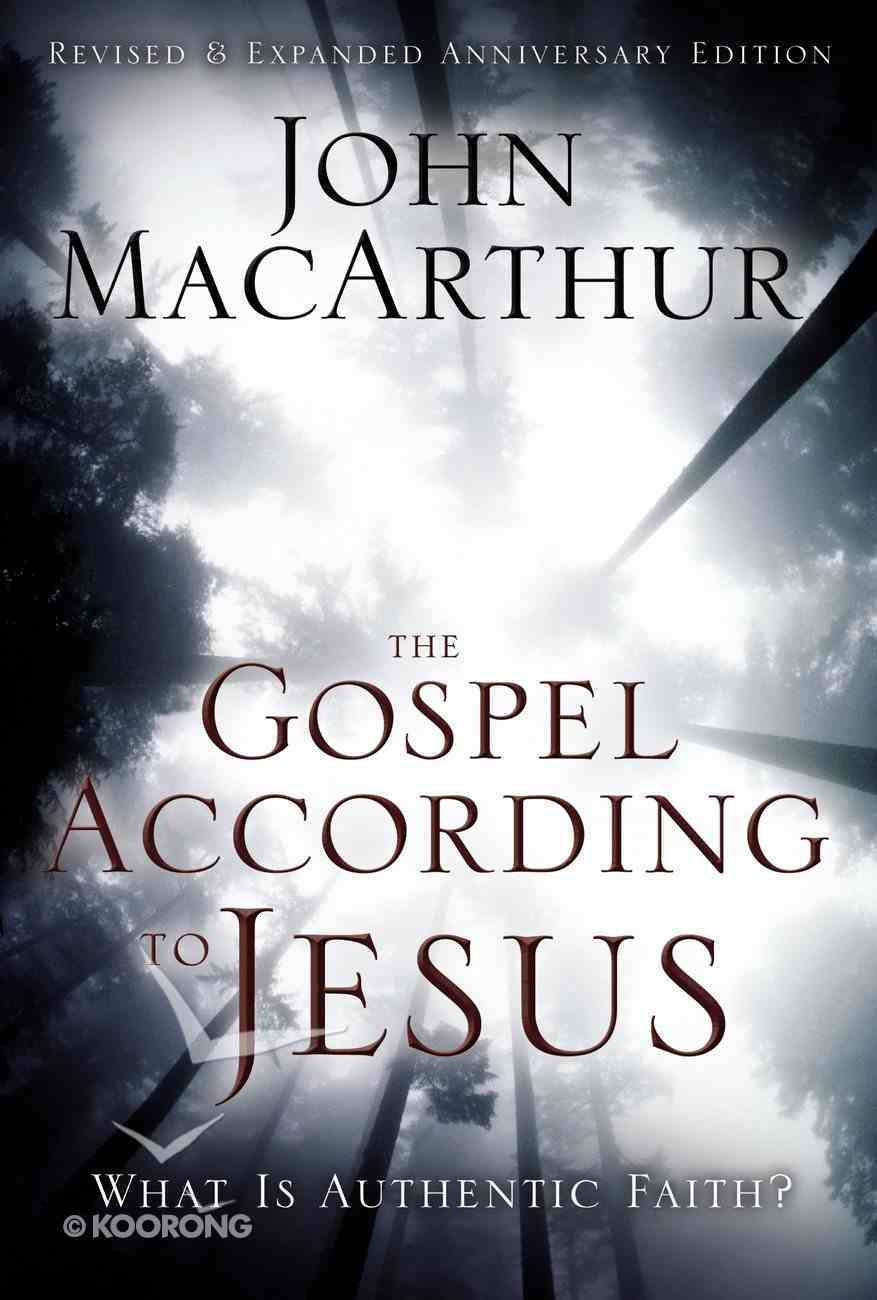 The Gospel According to Jesus

What does Jesus mean when he says, "Follow me"? Twenty years ago, pastor-teacher and bestselling author John MacArthur tackled that seemingly simple question-and wrote a book that has since taken its place among Christianity's classics. This 20th Anniversary edition of...

The Gospel According to Jesus
John Macarthur
eAudio

The Gospel According to God
John Macarthur
eBook

The Gospel According to Jesus
John Macarthur
eBook

The Gospel According to Lost
Chris Seay
eBook

Whatever Happened to the Gospel?: Rediscover the Main Thing
R T Kendall
Paperback

What does Jesus mean when he says, "Follow me"? Twenty years ago, pastor-teacher and bestselling author John MacArthur tackled that seemingly simple question-and wrote a book that has since taken its place among Christianity's classics. This 20th Anniversary edition of MacArthur's provocative book has been revised and contains one new chapter.
-Publisher

The first edition of The Gospel According to Jesus won wide acclaim in confronting the 'easy-believism' that has characterized some aspects of evangelical Christianity. Over the past 50 years, a handful of books have become true classics, revered world-wide for their crystal-clear presentation of the Gospel and lauded for their contribution to the Christian faith. These extraordinary books are read, re-read, and discussed in churches, Bible study groups, and homes everywhere. John MacArthur's The Gospel According to Jesus is one of those books. In The Gospel According to Jesus, MacArthur tackles the idea of 'easy believism,' challenging Christians to re-evaluate their commitment to Christ by examining their fruits. MacArthur asks, 'What does it really mean to be saved?' He urges readers to understand that their conversion was more than a mere point in time, that, by definition, it includes a lifetime of obediently walking with Jesus as Lord. This 20th anniversary edition of MacArthur's provocative, Scripture-based book contains one new chapter and is further revised to provide Christians in the 21st century a fresh perspective on the intrinsic relationship between faith and works, clearly revealing Why Jesus is both Savior and Lord to all who believe.
-Publisher

The Power of Favor: Unleashing the Force That Will Take You Where You Can't Go on Your Own
Joel Osteen
Paperback