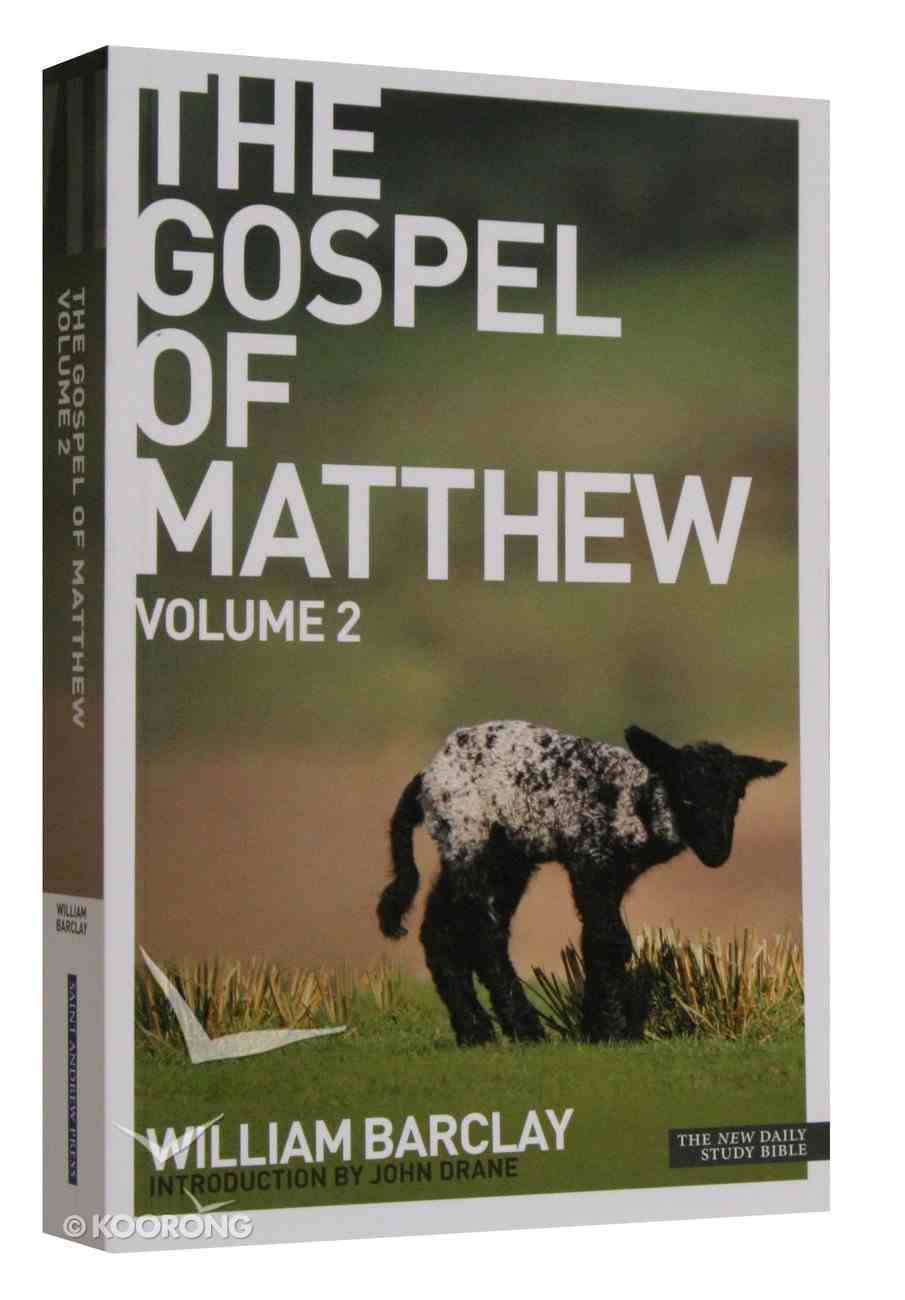 When Jesus called Matthew, as he sat in his office where he collected customs duty, Matthew rose up and followed him and left everything behind him except one thing - his pen. Matthew was to become the great chronicler of...

When Jesus called Matthew, as he sat in his office where he collected customs duty, Matthew rose up and followed him and left everything behind him except one thing - his pen. Matthew was to become the great chronicler of Christ's life and teachings - and, though it is widely accepted that he did not write the gospel itself, his influence is undeniably felt throughout. Matthew has a rhythmical and often poetical prose. Of the synoptics, it is the gospel best suited for public reading, and is probably the best known as a result: it includes Christ's infancy, the Sermon on the Mount, the well-known parables, the Resurrection and many other familiar stories. William Barclay helps us to rediscover the immediacy and freshness of this familiar gospel.
-Publisher

'Jesus took bread and blessed it, and broke it, and gave it to his disciples, and said' "Take, eat, this is my body".' Matthew is written in a rhythmical and often poetic prose. It is the gospel best suited for public reading, and, as a result, it is probably the best known: It tells the story of Christ's infancy; the Sermon on the Mount; the parables of the wheat and the tares; the sheep and the goats; and the Resurrection. William Barclay's insightful commentary brings freshness to these familiar passages and uncovers the vivid depth of meaning often lost in translation and repetition. In this second volume examining the Gospel of Matthew, discover again the miracles, the parables and the Resurrection of Jesus. William Barclay's world-renowned down-to-earth New Daily Study Bible commentaries - including his own translations of the New Testament texts - have inspired millions of people across the generations 'to know better their Bible, their God and their Saviour'.
-Publisher

Born 1907 in Scotland, William Barclay studied at Glasgow and Marburg universities. He was ordained in 1933 and inducted to Renfrew Trinity Church until 1946 when he was appointed Lecturer in New Testament Language and Literature at Glasgow University and later to the position of Professor in New Testament and Divinity. In 1956 the Degree of Doctor of Divinity was conferred on him and he held several prestigious academic positions subsequently. Barclay was a theologian, author, editor, lecturer and broadcaster. His Daily Study Bible won international acclaim, and in 1968 he published his own translation of the New Testament. Barclay was married to Barbara and had three children, he died in 1978.

The Sermon on the Mount
Sinclair B Ferguson
Paperback

Jesus's Sermon on the Mount and His Confrontation With the World: A Study of Matthew 5-10
D A Carson
Paperback