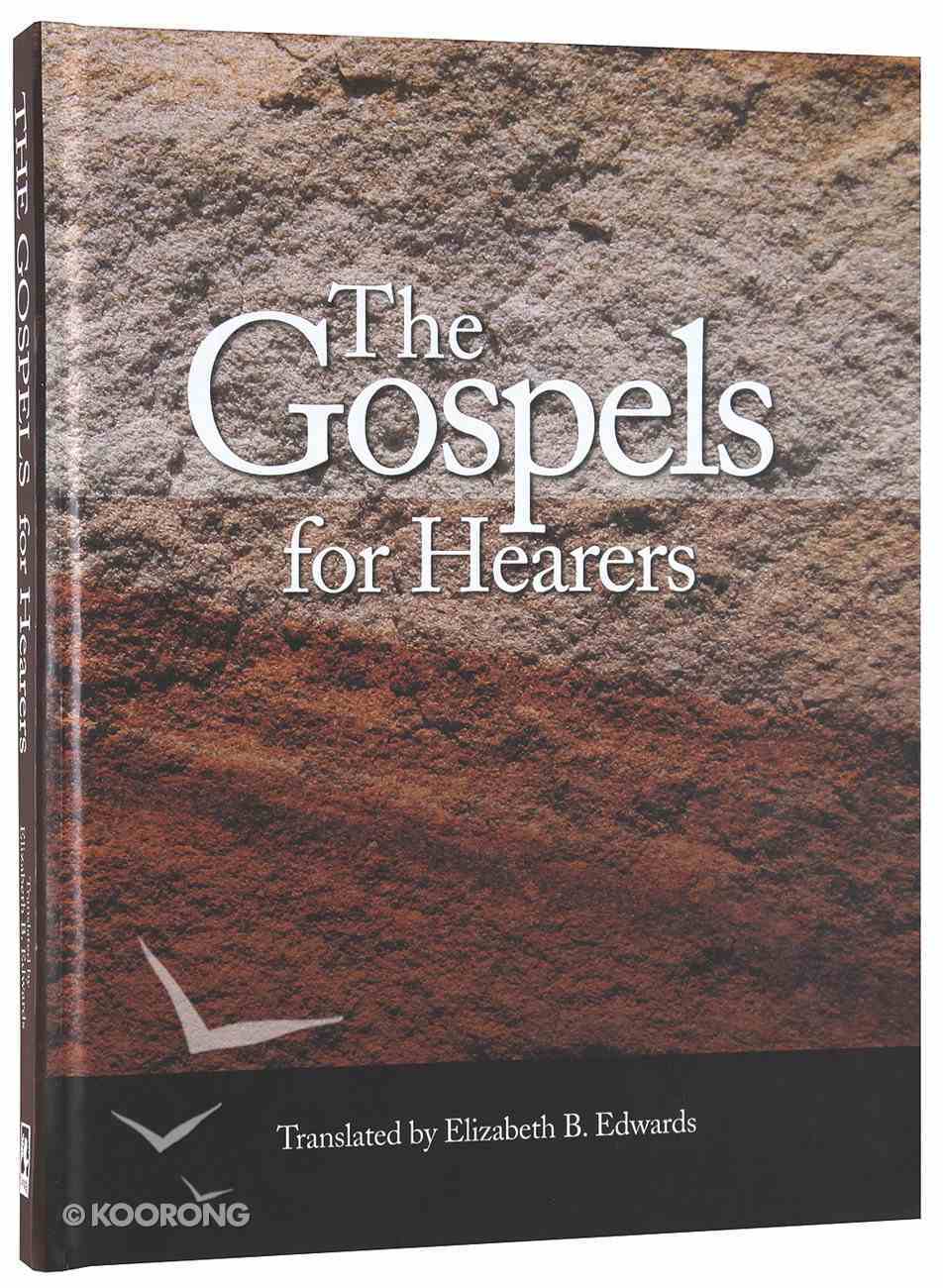 The Gospels For Hearers

This academically sound, theologically orthodox translation of the Gospels has been undertaken specifically to be read aloud in public. The result is a text that is raw, surprising, even confronting; faithfully communicating the rough edges, the passion, and the ambiguities...

This academically sound, theologically orthodox translation of the Gospels has been undertaken specifically to be read aloud in public. The result is a text that is raw, surprising, even confronting; faithfully communicating the rough edges, the passion, and the ambiguities of the original Greek. 298 pages, from Dianggellia Press.

This is a raw, uncensored translation of the Gospels. It is emotional, visceral and dramatic, faithfully translating the earthy, gritty humanity of the original manuscripts. Hearing these Gospels read aloud is both stimulating and satisfying. Passages that have become comfortably familiar resonate with new energy and relevance. The words of Jesus engage with fresh vigour and the characters and stories feel more sharply defined and substantial. While this translation is academically sound and theologically orthodox, it is also different from the traditional translations, for which it is designed to be a companion rather than a replacement. The distinctive characteristic of this work is that it is written to be spoken, to be read aloud in a public forum, as the original manuscript would have been. While this may seem a trivial point of difference, the result is a text that is raw and arresting; with a sense of urgency and gravitas that makes public readings dramatic and memorable. Another fundamental feature of this translation is independence. It is the work of one person, beholden to no committee or religious dogma, a fact that makes it fresh, surprising and even confronting at times. Where the Greek text is crude, passionate or harsh, so the translation faithfully renders it in English, without polite euphemisms or political correctness. Where it is confusing or ambiguous, even to modern scholars, then that is how it is delivered. The Gospels for Hearers is a faithful and engaging translation, bringing fresh perspective on familiar material and encouraging greater engagement with the ancient texts.
-Publisher

Bestsellers in Other Versions

Essential Jesus, the Gospel of Luke With Two Ways to Live
Booklet