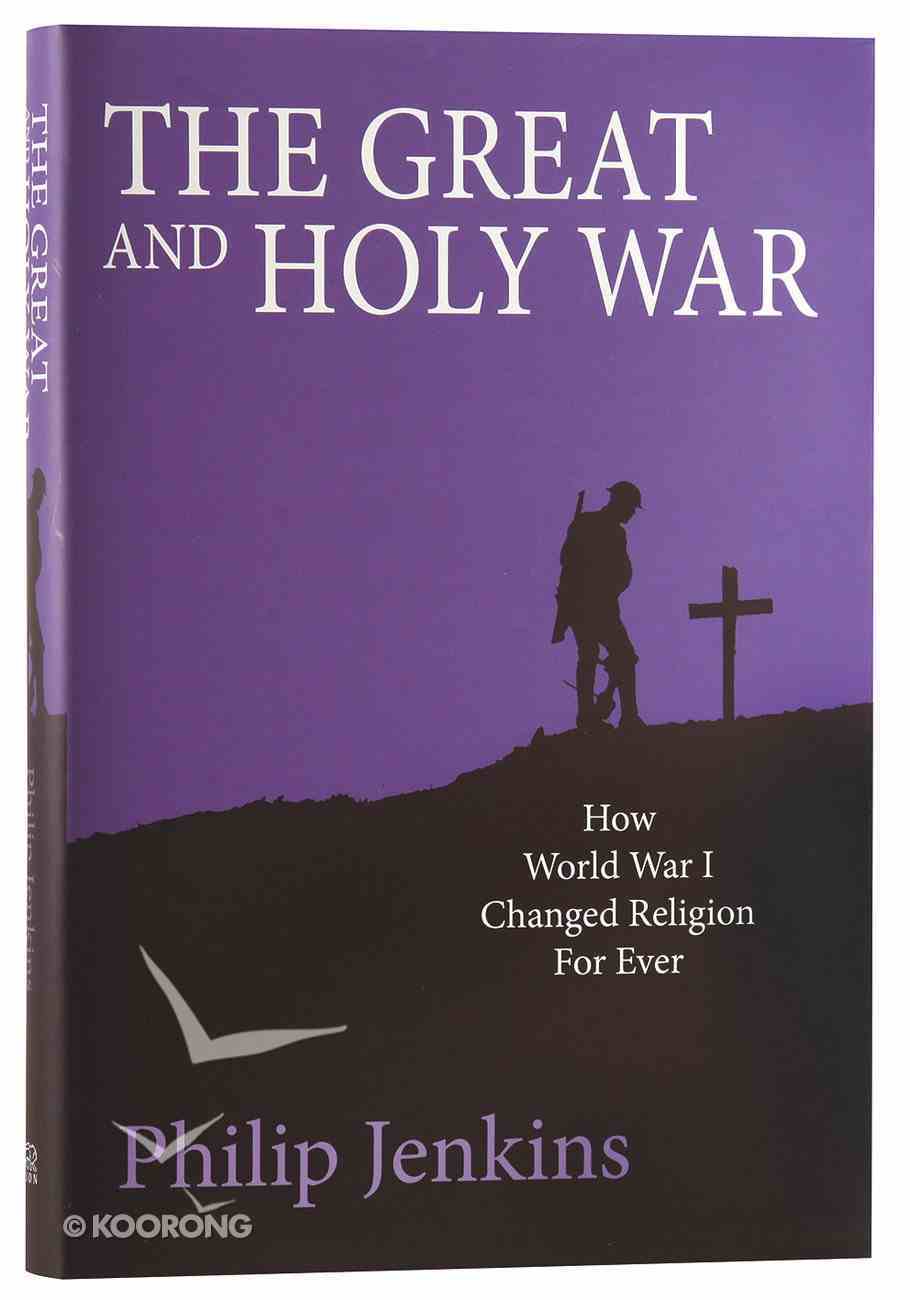 The Great and Holy War: How World War 1 Changed Religion For Ever

In this groundbreaking and compelling analysis, historian Philip Jenkins shows how the cataclysmic period of World War I, 1914-18, created the world's religious map as we know it today. Essential reading for anyone who wants to understand our times.

The Great and Holy War: How World War 1 Changed Religion For Ever
Philip Jenkins
Paperback

Christ the First 2000 Years: From Holy Man to Global Brand: How Our View of Christ Has Changed Across Time and Cultures
Martyn Whittock, Esther Whittock
eBook

Queen and the Heretic: The How Two Women Changed the Religion of England
Derek Wilson
eBook

In this groundbreaking and compelling analysis, historian Philip Jenkins shows how the cataclysmic period of World War I, 1914-18, created the world's religious map as we know it today. Essential reading for anyone who wants to understand our times.

Throughout history, secular disasters have driven religious change. Repeatedly, wars and natural catastrophes have ignited influential new movements in religion - fundamental shifts in religious consciousness, fervent revivalism and awakenings, and apocalyptic expectation. Frequently, such events have spawned wholly new denominations. Rarely, though, in human history have the four horsemen of the Apocalypse - war, famine, plague, and death - rampaged so freely as they did in the years of the First World War, 1914-1918. Although this cataclysm reshaped the world's religious map, no historian has ever drawn together the global impact to make a simple point: the era of the First World War created the world's religious map as we know it today. The war constituted a worldwide spiritual revolution. This is a tale with many remarkable narrative incidents and characters, from Karl Barth to Carl Jung; one that is all the more powerful because of the interplay of worldly politics and spiritual crisis. The Great and Holy War presents a new theory of religious change. In religion, as in politics and culture, we should see the pace of change not as gradual evolution but as what biologists call punctuated equilibrium - long periods of relative stasis and stability, interrupted by rare but very fast moving moments of revolutionary or cataclysmic change, which then take decades or centuries for the mainstream to absorb fully. Like them or not, revolutions are the key to religious history. And we cannot understand our present religious, political, and cultural climate without understanding the dramatic changes initiated by the First World War.
-Publisher