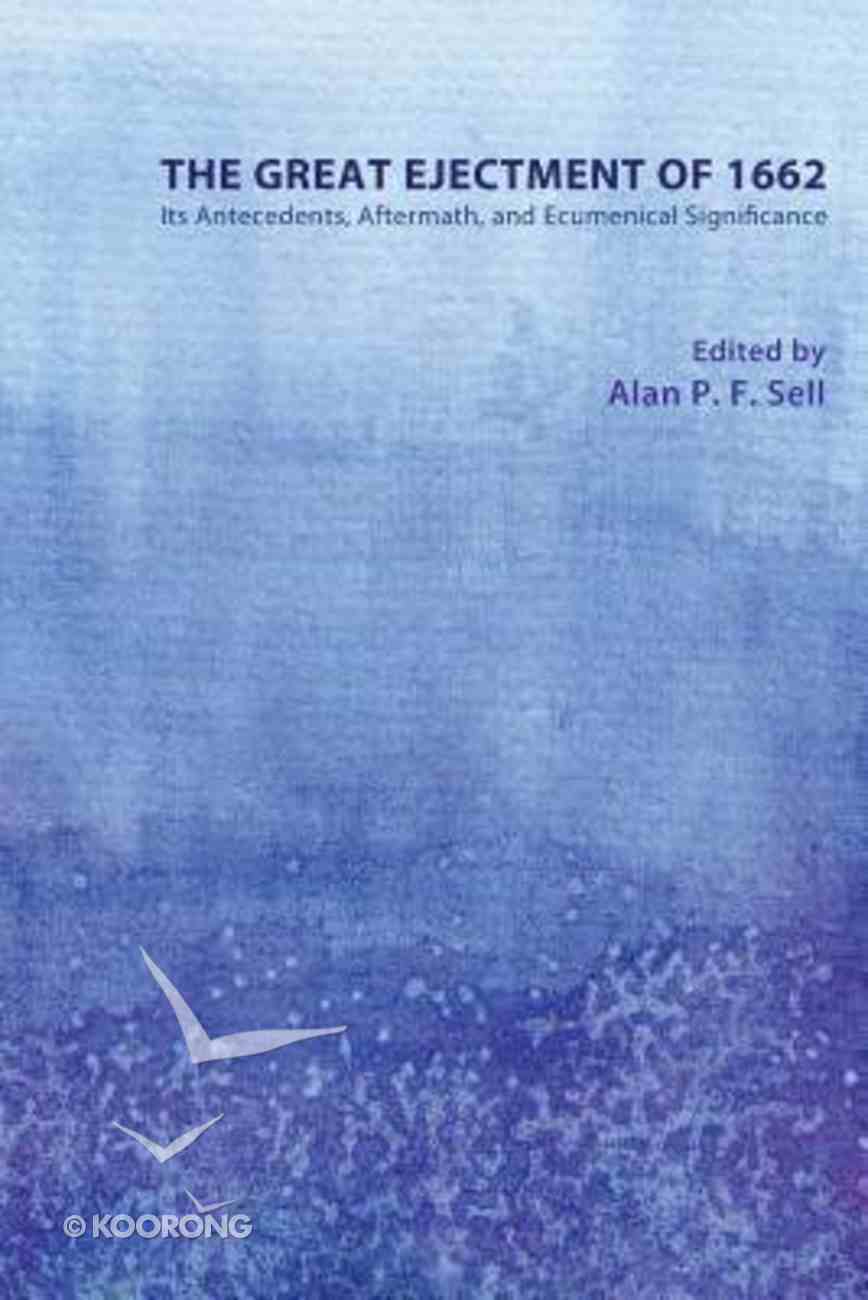 The Great Ejectment of 1662: Its Antecedents, Aftermath, and Ecumenical Significance

Synopsis: By Bartholomew's Day, 24 August, 1662, all ministers and schoolmasters in England and Wales were required by the Act of Uniformity to have given their "unfeigned assent and consent" to the Book of Common Prayer of the Church of...

The Wheat and the Tares
Andrew Allan Chibi
eBook

Rescuing the Gospel: The Story and Significance of the Reformation
Erwin W Lutzer
eBook

Synopsis: By Bartholomew's Day, 24 August, 1662, all ministers and schoolmasters in England and Wales were required by the Act of Uniformity to have given their "unfeigned assent and consent" to the Book of Common Prayer of the Church of England. On theological grounds nearly two thousand ministers--approximately one fifth of the clergy of the Church of England--refused to comply and thereby forfeited their livings. This book has been written to commemorate the 350th Anniversary of the Great Ejectment. In Part One three early modern historians provide accounts of the antecedents and aftermath of the ejectment in England and Wales, while in Part Two the case is advanced that the negative responses of the ejected ministers to the legal requirements of the Act of Uniformity were rooted in positive doctrinal convictions that are of continuing ecumenical significance. Endorsements: "Notwithstanding the need to revise judgment on many events in the seventeenth century, the Great Ejectment of 1662 remains a significant dividing of the ways in the history of British Christianity, deserving the penetrating analysis that Alan Sell and his colleagues provide, for what was designed to secure an Anglican monopoly in national life, in the event confirmed a large part of the nation in its Nonconformity, thereby giving birth to Britain's unique form of Christian pluralism." -John H. Y. Briggs Professor Emeritus, University of Birmingham Director Emeritus of the Baptist History and Heritage Centre, Regent's Park College, University of Oxford Author of The English Baptists of the Nineteenth Century (1994) "Broad and deep, like the Dissenting tradition it surveys, this book is a valuable compendium of information and a clear-sighted, generous account of the historical significance of 'Black Bartholomew' for the history of English and Welsh Protestantism over three hundred and fifty years." -John Spurr Professor and Head of the College of Arts and Humanities, Swansea University Author of The Post-Reformation: Religion, Society, Politics and Britain, 1603-1714 (2006) Editor Biography: Alan P. F. Sell, a philosopher-theologian and ecumenist, is employed in research, writing, and lecturing in the United Kingdom and abroad. He has held academic posts in England, Canada, and Wales, and ecclesiastical posts in England and Geneva. He is the author or editor of over thirty books, of which the most recent are Convinced, Concise and Christian: The Thought of Huw Parri Owen (Pickwick, 2012) and Christ and Controversy: The Person of Christ in Nonconformist Thought and Ecclesial Experience (Pickwick, 2012).
-Publisher

Alan P. F. Sell is a philosopher-theologian and ecumenist who has held posts in England, Geneva, Canada, and Wales. He publishes and lectures widely at home and abroad. His most recent book is Four Philosophical Anglicans (2010).