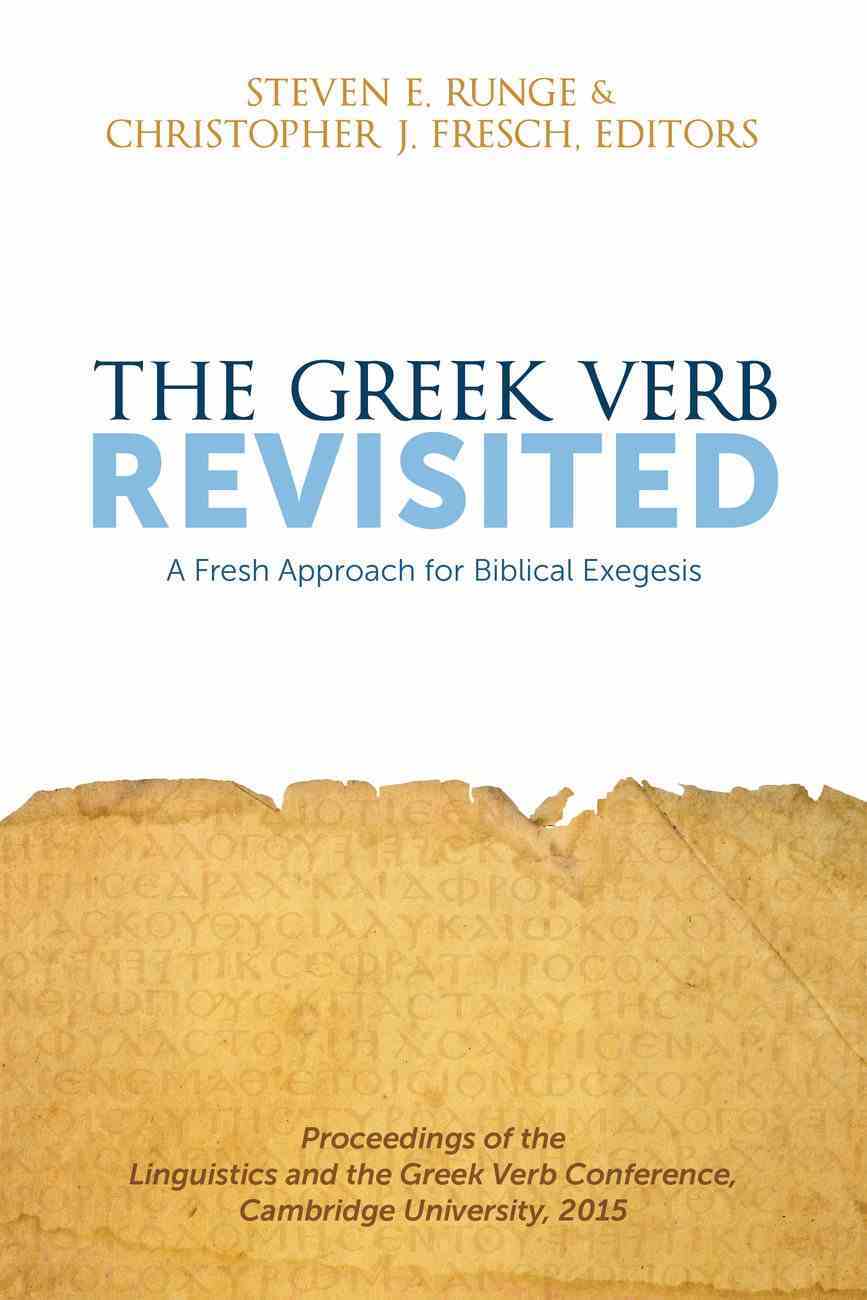 The Greek Verb Revisited: A Fresh Approach For Biblical Exegesis

New Testament studies have debated the Koine Greek verb for 25 years--reaching an impasse when it came to both tense and aspect. Now, a group of scholars offer a new take on this debate. Originally presented as part of a...