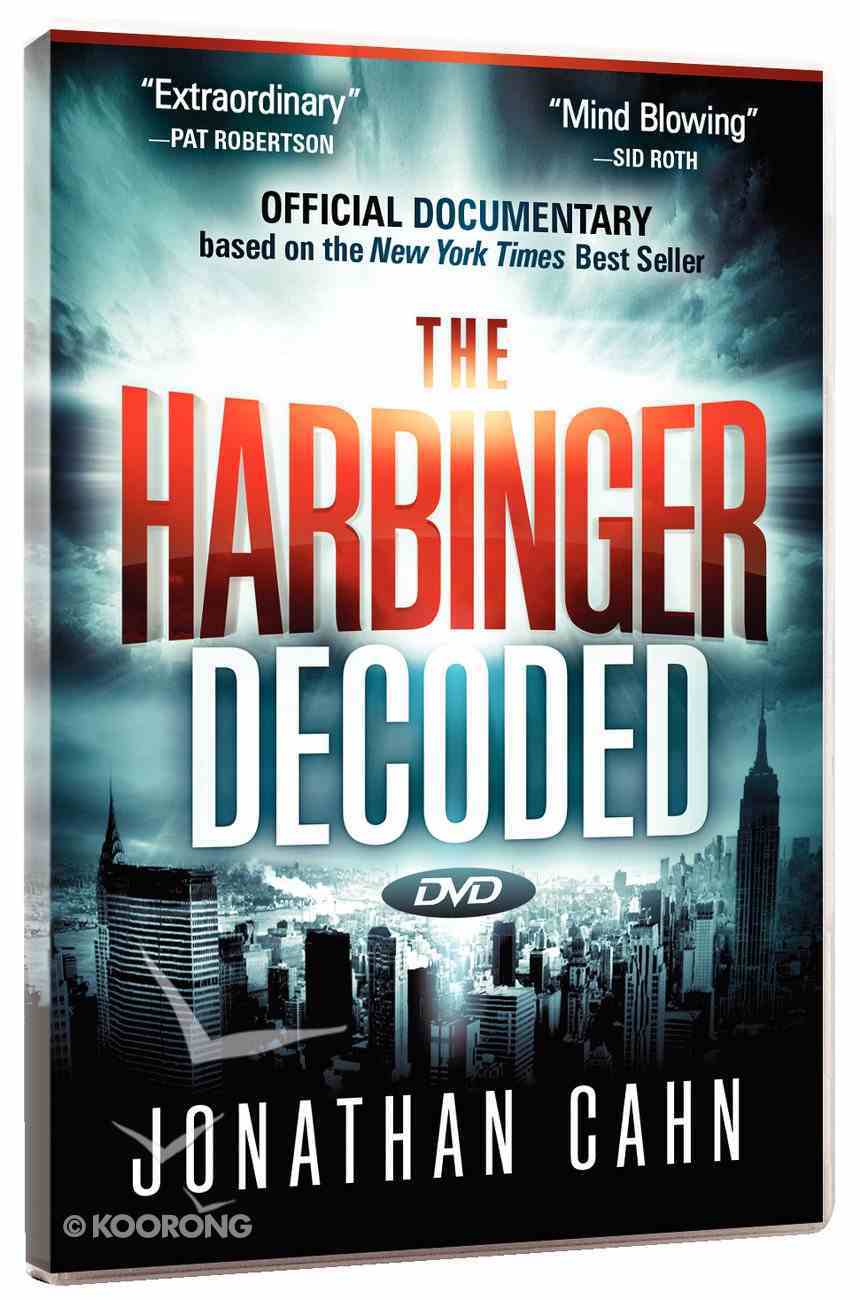 The best-selling novel The Harbinger tells the riveting story of nine signs of national judgement appearing in America, each revealing part of a vast ancient mystery that lies behind everything from 9/11 to the GFC! This DVD relates current events...

18 available
Expected to ship within 5 hours from Australia.
Learn More
Free Shipping
for orders over $99.

The Mystery of the Shemitah Unlocked
Jonathan Cahn
DVD

The Chosen: A Story of the First Christmas (The Chosen Series)
DVD

The best-selling novel The Harbinger tells the riveting story of nine signs of national judgement appearing in America, each revealing part of a vast ancient mystery that lies behind everything from 9/11 to the GFC! This DVD relates current events to these dire warnings of God's judgement. 63 minutes.

The power and stunning presentation of the revelations contained in the New York Times best seller The Harbinger: The Ancient Mystery That Holds the Secret of America's Future-in audiovisual form.

Is there an ancient mystery that lies behind everything from 9/11 to the collapse of the American economy-a mystery going back over two and half thousand years to the last days of ancient Israel? Could this mystery foretell modern events down to the exact days and hours-and reveal statements from American leaders even before they were spoken? Is America in danger of destruction? And is it all happening according to a key given by an ancient prophet?

Now, viewers can go deeper and actually see for themselves the nine Harbingers of national judgment that have appeared on American soil and hear American leaders pronounce the ancient and ominous words of judgment upon the nation. Viewers can see all of the nine Harbingers in visual form as well as such revelations as the mystery of the Shemitah, the mystery ground, and much more, including things never before seen on DVD.

The Harbinger Decoded features Jonathan Cahn as he uncovers and decodes the mystery with a stunning array of footage of the unfolding mystery. The DVD also interweaves glimpses of the prophet, Nouriel, and the nine ancient seals of The Harbinger's narrative.

In addition, The Harbinger Decoded contains several special features, including:

Most Asked Questions End-Time Prophecy America and the Last Days The (Supernatural) Story Behind the Story And much more!

The Harbinger Decoded is a gripping, stunning, and amazing prophetic presentation for believer and unbeliever alike. Perfect for congregations, small groups, and individuals, it's a powerful tool to help lead unbelievers to salvation and believers to revival.

In Plain Sight: Stories of Hope and Freedom
DVD