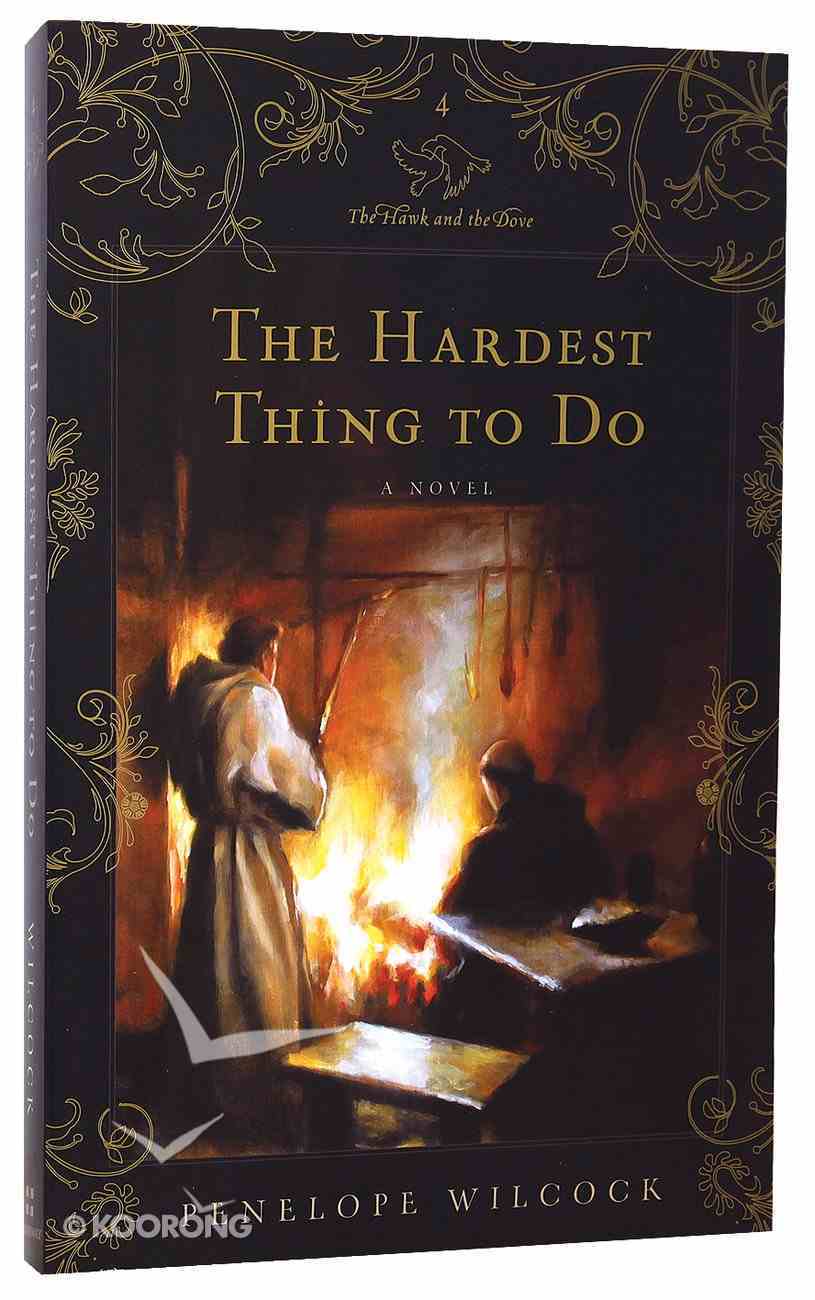 The first of three sequels to the celebrated The Hawk and the Dove trilogy takes place one year after the end of the third book, in the early fourteenth century. A peaceful monastery is enjoying its new abbot, who is...

The first of three sequels to the celebrated The Hawk and the Dove trilogy takes place one year after the end of the third book, in the early fourteenth century. A peaceful monastery is enjoying its new abbot, who is taking the place of Father Peregrine, when an old enemy arrives seeking refuge. Reluctantly taking in Prior William, the upended community must address old fears and bitterness while warily seeking reconciliation. But can they really trust Prior William?
In her fourth book in the series, Penelope Wilcock wrestles with the difficulties of forgiveness and the cautions of building trust. Taking the form of journal entries, her story will delight the imaginations of readers captivated by a time and place far distant from our current world. Her timeless themes, however, will challenge our prejudices today as we, along with her characters, are forced to ask ourselves, "What is the hardest thing to do?"

;When I reached the last page of The Hardest Thing to Do, I experienced an overwhelming sense of peace. Abbot John and his monks are not the only ones whose hearts and lives are ripe for change; Penelope Wilcock's legion of readers may find themselves altered as well. Mercy, grace, and forgiveness are woven throughout the story with a deft hand, as we meet a community of God's faithful servants who are genuinely flawed yet always sympathetic. The descriptive passages are poetic, and the medieval details evocative, with a rich sense of time and place. I offer my highest praise and most heartfelt recommendation: you will love this novel! ; -Liz Curtis Higgs, New York Timesbest-selling author,Mine is the Night andBad Girls of the Bible ;Penelope Wilcock has written a novel as deep and contemplative as the monks whose stories she tells. Her intimate knowledge of medieval monastic life sweeps you into the past, yet the struggles she chronicles are timeless. This book is not toss-away entertainment; it's literature that pours from a poetic soul. Putting it down at the end of the day was the hardest thing to do. ; -Bryan M. Litfin, Professor of Theology, Moody Bible Institute; author, Getting to Know the Church Fathers ;Beautiful, profound, moving, and spiritual, this book is written out of the deep well that is Penelope Wilcock. As the reader is drawn to live in the ancient monastery of St. Alcuin and share the daily challenges of the community struggling to receive the grace of God and bring it into their world, each one of us comes to ask: 'What is the hardest thing to do?' and, 'Can I do this, with God's help?' ; -Donna Fletcher Crow, author, Glastonbury: The Novel of Christian England ;James the apostle wrote that ;mercy triumphs over judgement,' but some of the brothers of St. Alcuin's Abbey find vengenance more satisfying than forgiveness in Wilcock's delightful tale of medieval monastic life. The Hardest Thing to Dois wonderfully accurate to time and place, and perceptive in its treatment of the strife which can afflict even the people of God. ; -Mel Starr,author, The Unquiet Bones, A Corpse at St. Andrew's Chapel, and A Trail of Ink "I am encouraged that your new book will be released soon-it's like the promise of spring to me-something precious to hold in my heart until the day comes." -Dorothy Bode, mother to eleven (so far...), Minneapolis, Minnesota
-Publisher

A leader is making his way home. A priory has been torched. And now an enemy is knocking at the door.


Prior William has caused a lot of pain in his time and is known for being an evil man. So when his own priory is burned to the ground and he seeks refuge with the brothers of St. Alcuin, everyone is quite uncomfortably surprised.


The newly installed Abbot John faces the first challenge of his leadership as the brothers debate about mercy and justice, revealing their innermost thoughts and fears in coming face-to-face with a real enemy. After all, is it not positively ludicrous to invite a wolf in to live with the sheep? Yet, where is the beauty of the gospel without the risk of its grace?


Penelope Wilcock takes us on an imaginative journey into a world rife with hostility and pain, exploring the complexities of grace, the difficulties of forgiveness, and the cautions of building trust. Her intimate knowledge of the human spirit will challenge our very own prejudices as we, along with her characters, are forced to ask ourselves, “What is the hardest thing to do, and will anyone actually do it?”

Pen Wilcock is the author of a number of novels, including The Hawk and the Dove trilogy (Crossway) and The Clear Light of Day (Monarch / David C Cook) and various other books including the classic Spiritual Care of Dying and Bereaved People (soon to be reissued by Lion). She has many years of experience as a Methodist minister and has worked as a hospice and school chaplain. She has five adult daughters and lives in Hastings, UK.