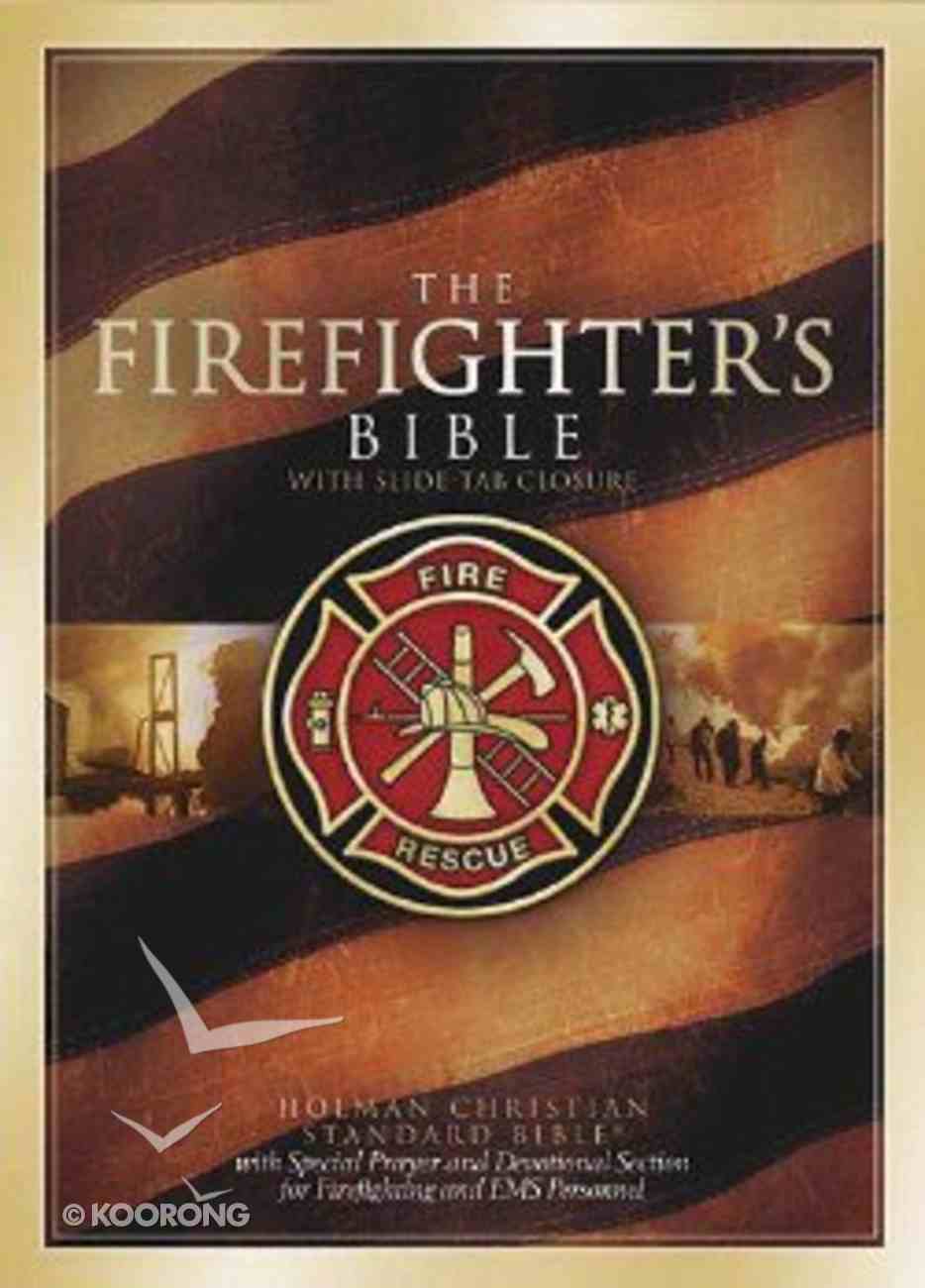 With devotions, prayers, and suggested Scripture readings for a wide variety of occasions, this Bible is designed especially for firemen.

With devotions, prayers, and suggested Scripture readings for a wide variety of occasions, this Bible is designed especially for firemen.
-Publisher

On September 11, 2001, Captain Terry Hatton (called by his fellow FDNY firefighters Captain Man-Hatton) entered Tower One of the World Trade Center. Before advancing into the inferno, says firefighter Tim Brown, Hatton "wrapped his arms around me and said, ‘I love you, brother. Don’t know if I’ll see you again….’"


Something happened on September 11, 2001 that changed our perception of firefighters. That’s why children from Maine to Arizona wear tee shirts with FDNY on them. The character, courage, and commitment were there all along. The events of September 11 provided the occasion for these qualities to be clearly seen.


Firefighting is one of the most hazardous and stressful jobs the world. Many deaths of firemen come from heart attacks. Stephen Darcangelo, Fire Chief in Mount Lebanon, Pennsylvania says, "stress kills." He says in firefighting "you go from idle to full tilt in a matter of seconds.


Firefighting is stressful on both firefighters and their families. The Fireman’s Bible is designed specifically for these who serve us all in this high risk role. It contains devotions, prayers, and suggested Scripture readings for a wide variety of occasions. This is a perfect gift for a fireman who are from family or churches who want to stand with these who are called to risk so much.