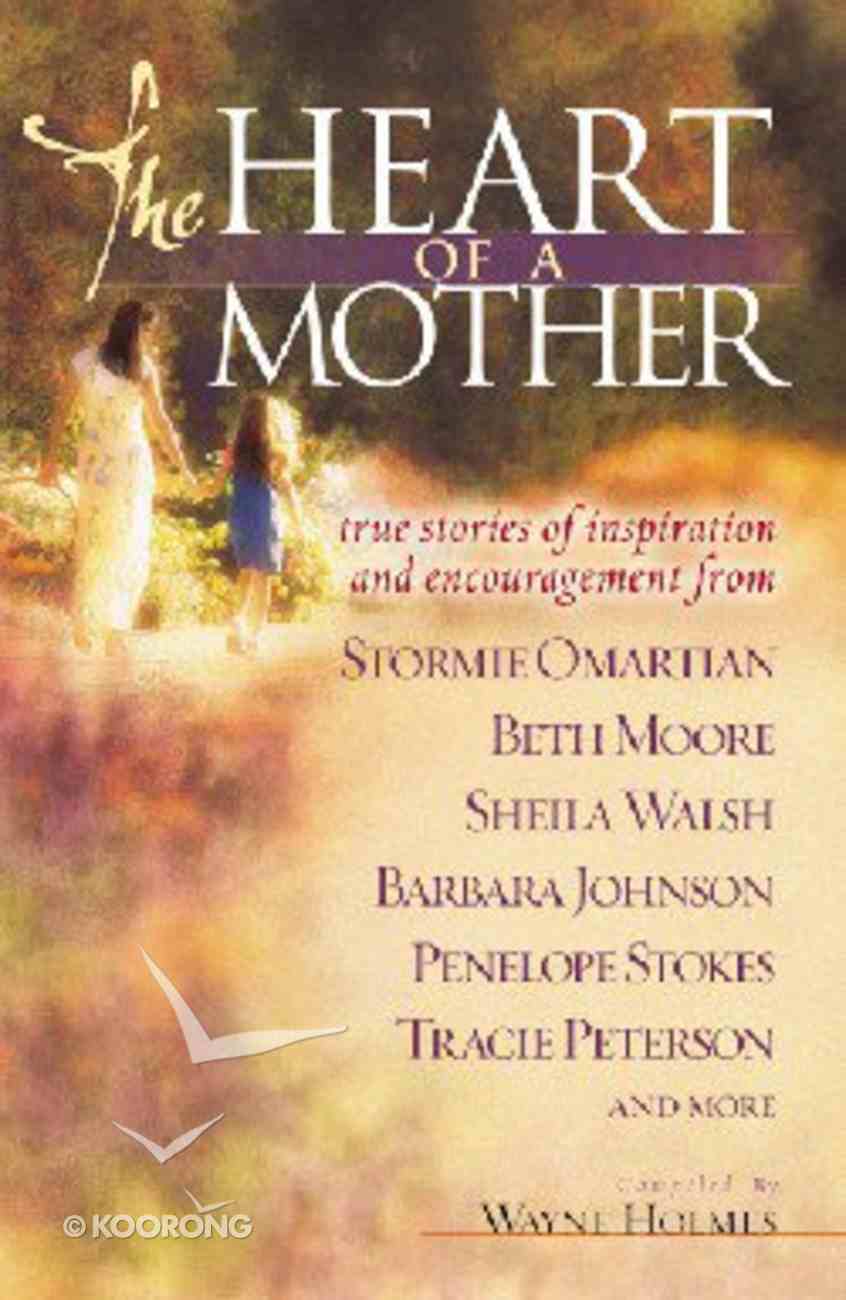 The Heart of a Mother

"She's always been there, doing the things mothers do. . . Isn't that just like God?" Each story in this collection reveals a mother's heart as she loves, prays for, teaches, comforts, and strengthens her children. As these true...

7 Prayers That Will Change Your Life Forever
Stormie Omartian
eBook

"She's always been there, doing the things mothers do. . . Isn't that just like God?"

Each story in this collection reveals a mother's heart as she loves, prays for, teaches, comforts, and strengthens her children. As these true stories bring smiles, nods of recognition, and even some tears, they bring us into a deeper intimacy with our heavenly Father. For "If you. . . know how to give good gifts to your children, how much more shall your Father who is in heaven give what is good to those who ask Him!" (Matthew 7:11 NASB).

These sixty short stories are written for moms as well as the grown-up kids who love them, and they will be read again and again, savoured, and shared. The collection, including stories from many of your favourite authors Â– Sheila Walsh, Stormie Omartian, Beth Moore, and Barbara Johnson Â– is perfect for devotional reading.
- Publisher.

This collection of true stories about mothers and children has been gathered from writers such as Max Lucado, Barbara Johnson, and more.
-Publisher

From the author of The Heart of a Father comes a new collection of true stories about mothers. The selections tug at the heartstrings, highlight positive parenting skills, and lead readers into a deeper intimacy with the heavenly Father. Each personal story reveals a dimension of God's love and care for His children. Short enough to read in one sitting, the stories, written by authors including Max Lucado, Sheila Walsh, Ruth Bell Graham, and Barbara Johnson, are ideal devotional readings. This is perfect for Mother's Day or any time of the year.
-Publisher

PENELOPE STOKES is the author of ten novels, including "The Blue Bottle Club," She lives in Asheville, North Carolina.

Wayne Holmes, who is a father as well as a son, compiled these great dad-stories from a variety of authors and sources. In addition to collecting stories, Wayne is a freelance writer, teacher, and speaker whose writing has appeared in several books and magazines. He and his family live near Cincinnati, Ohio.