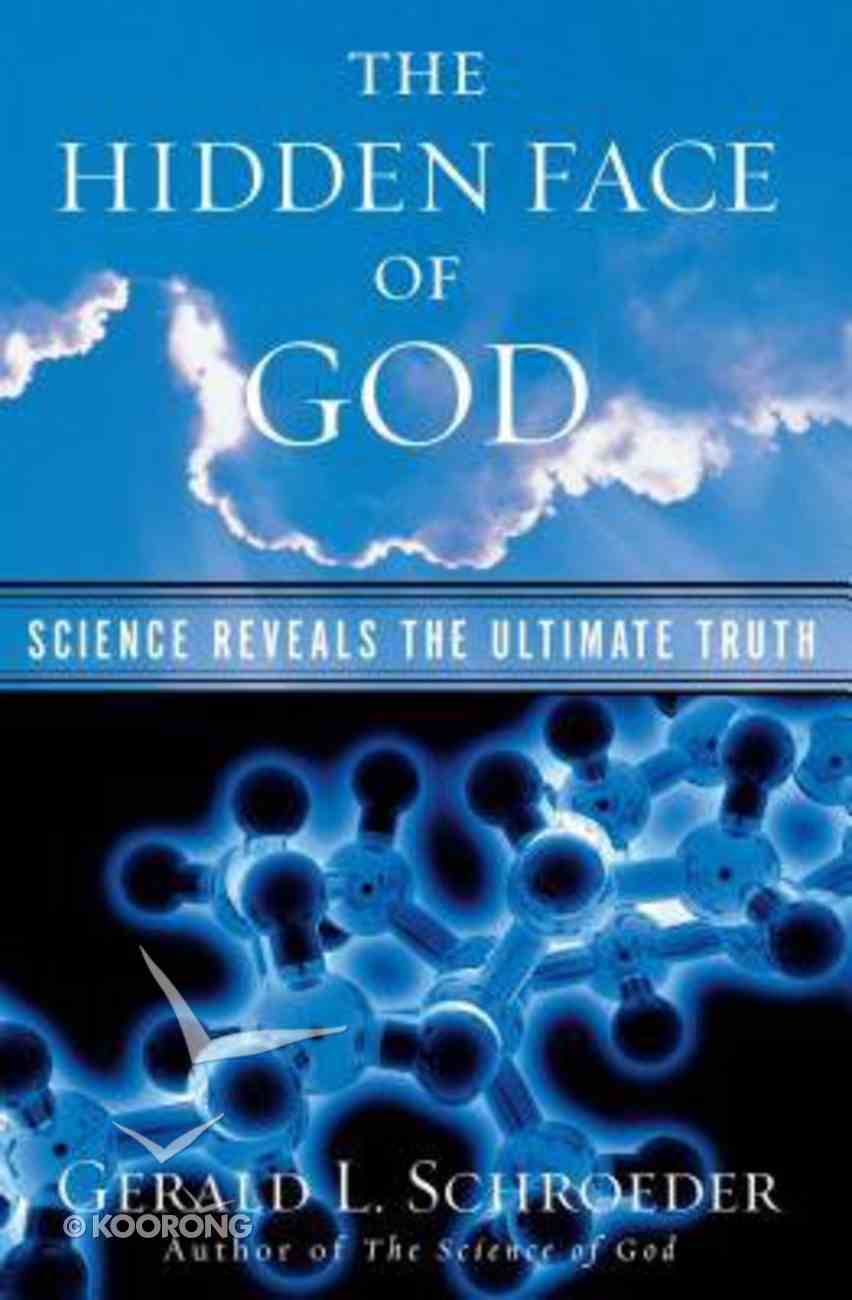 The Hidden Face of God

Prologue: We Are the Universe Come Alive A single consciousness, an all-encompassing wisdom, pervades the universe. The discoveries of science, those that search the quantum nature of subatomic matter, those that explore the molecular complexity of biology, and those that...

The Story of the Cosmos: How the Heavens Declare the Glory of God
Dan Ray, Paul M Gould
Paperback

Prologue: We Are the Universe Come Alive A single consciousness, an all-encompassing wisdom, pervades the universe. The discoveries of science, those that search the quantum nature of subatomic matter, those that explore the molecular complexity of biology, and those that probe the brain/mind interface, have moved us to the brink of a startling realization: all existence is the expression of this wisdom. In the laboratories we experience it as information first physically articulated as energy and then condensed into the form of matter. Every particle, every being, from atom to human, appears to have within it a level of information, of conscious wisdom. The puzzle I confront in this book is this: where does this arise? There is no hint of it in the laws of nature that govern the interactions among the basic particles that compose all matter. The information just appears as a given, with no causal agent evident, as if it were an intrinsic facet of nature. The concept that there might be an attribute as nonphysical as information or wisdom at the heart of existence in no way denigrates the physical aspects of our lives. Denial of the pleasures and wonder of our bodies would be a sad misreading of the nature of existence. The accomplishments of a science based on materialism have given us physical comforts, invented lifesaving medicines, sent people to the moon. The oft-quoted statement, "not by bread alone does a human live" (Deut. 8:3), lets us know that there are two crucial aspects to our lives, one of which is bread, physical satisfaction. The other parameter is an underlying universal wisdom. There's no competition here between the spiritual and the material. The two are complementary, as in the root "to complete." When we see through the camouflage haze that at times convinces us that only the material exists, when we touch that consciousness, we know it. A joyful rush of emotion sweeps over the entire self. This emotional response -- some might call it a religious experience -- is reported in every culture, from every period. It tells us that we've come home. We've discovered the essence of being. Everyone has felt it at some time or other. Perhaps at a brilliant sunrise, in a work of art, the words of a loved one. The physical and the metaphysical have joined. If we dared, we'd call the experience spiritual, even Godly. But there's a reluctance to use the "G" word. "Listen to the Force" is acceptable on the great silver screen. If the Star Wars scriptwriter had used "Listen to God," the theater would have emptied in a flash. The reluctance is not surprising, considering the bizarre claims erroneously attributed to God through the ages and especially in our age. A bit of scrutiny reveals that most of those claims are based on the expectations for the putative (and generally misunderstood) God of the Bible that we learned as children. Obviously, when our child-learned wisdom is evaluated by the sophistication of our adult minds, that wisdom is bound to seem naive. The age-old theological view of the universe is that all existence is the manifestation of a transcendent wisdom, with a universal consciousness being its manifestation. If I substitute the word information for wisdom, theology begins to sound like quantum physics. Science itself has rediscovered the confluence between the physical and the spiritual. If a spiritual unity does underlie physical reality, it would be natural for people to search for that unity. Regrettably in the rush of our daily obligations we often become disconnected, losing the realization that such a unity might actually exist. Our private worlds today seem to expand almost as rapidly as the universe has been physically expanding since its creation. The scientific discoveries facilitating this nomadic mobility of the mind come at a rate that far exceeds the ability of our cultures to adapt. New technologies simply displace old cultur
-Publisher

DO YOU BELIEVE?^Gerald Schroeder, an MIT-trained scientist who has worked in both physics and biology, has emerged in recent years as one of the most popular and accessible apostles for the melding of science and religion. He first reconciled science and faith as different perspectives on a single whole in "The Science of God." Now, in "The Hidden Face of God," Schroeder takes a bold step forward, to show that science, properly understood, provides positive reasons for faith.^From the wisdom encoded in DNA and analyzed by information science, to the wisdom unveiled in the fantastic complexity of cellular life, to the wisdom inherent in human consciousness, "The Hidden Face of God" offers a tour of the best of modern science. This fascinating volume will open a world of science to religious believers, and it will cause skeptics to rethink some of their deepest beliefs.
-Publisher

Schroeder earned his B.S., M.S., and PhD in physics fromthe Massachusetts Institute of Technology where he taught for several years before moving to the Weizmann Institute in Israel. For 25 years he has pursued a study of biblical interpretation.

Seven Days That Divide the World: The Beginning According to Genesis and Science
John Lennox
eBook