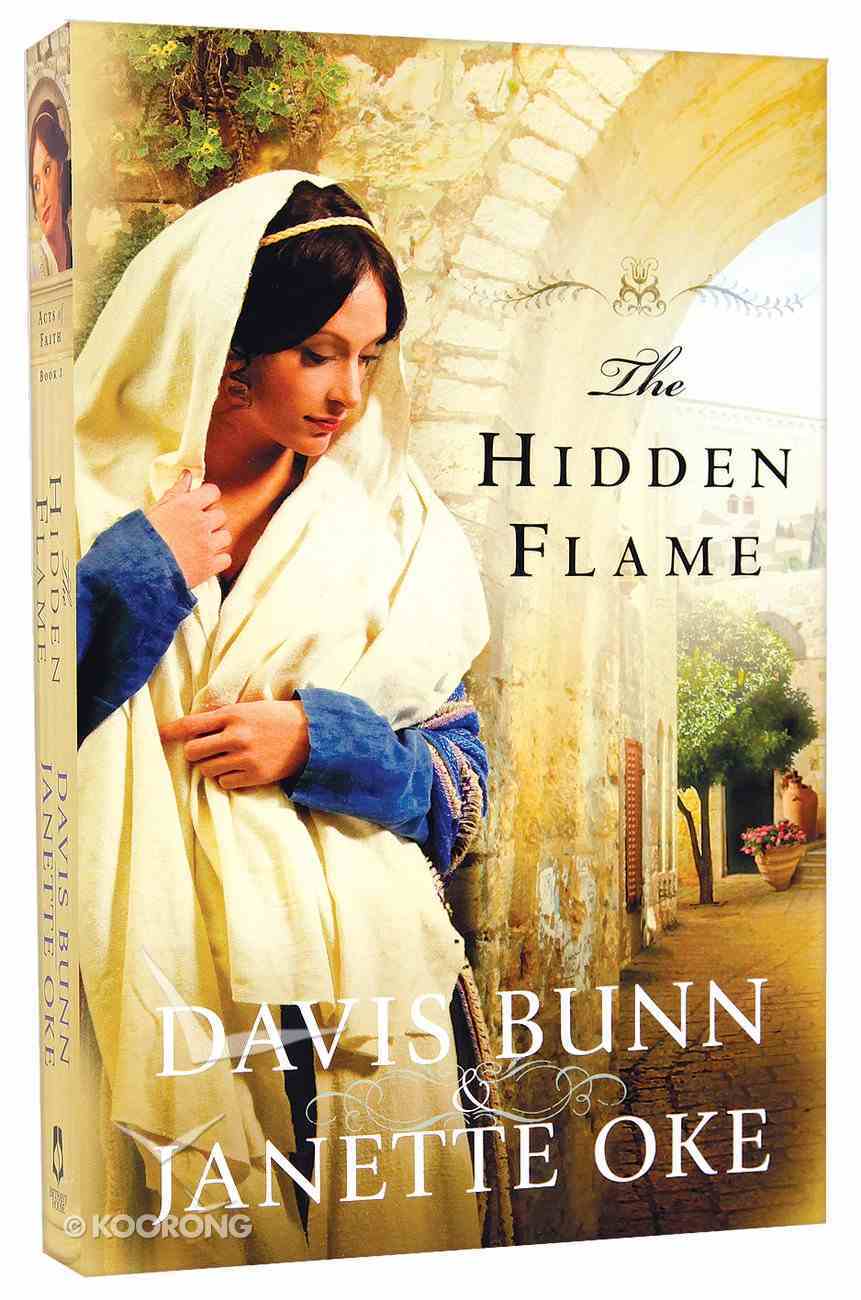 The Hidden Flame (#02 in Acts Of Faith Series)

Abigail loses everything and is left with little promise of a normal life. When she discovers the Messiah and joins his followers, she also discovers new meaning and purpose. Maybe she does have a future after all. But increasing persecution...

The Measure of a Heart
Janette Oke
eBook

Abigail loses everything and is left with little promise of a normal life. When she discovers the Messiah and joins his followers, she also discovers new meaning and purpose. Maybe she does have a future after all. But increasing persecution is scattering the burgeoning group "to the ends of the earth." And Abigail may have given her heart to the wrong man. Two suitors desire the lovely Abigail's hand in marriage. One is a successful Hebrew merchant and widower looking for a mother for his children. On the other side is the Roman soldier Linux, who is captivated by her winsome charm and could offer the sanctuary--maybe even the love--for which she yearns. But her heart has been captured by neither of these. Stephen, one of the leaders of The Way, has a character and a faith that move her deeply, but his outspoken preaching has marked him for assassination. Will her faith and courage withstand a heartbreak beyond comprehension? And then a glimmer of hope appears, one she never would have foreseen.

DAVIS BUNN, a professional novelist for twenty years, has sales in excess of six million copies in sixteen languages. His books have appeared on numerous national bestseller lists. He is known for the diversity of his writing talent, from gentle gift books like The Quilt to high-powered thrillers such as The Great Divide. He has also enjoyed great success in his collaborations with Janette Oke, with whom he has co-authored a series of groundbreaking historical novels.Davis draws on a rich background of international experience. Raised in North Carolina, he completed his undergraduate studies at Wake Forest University, then traveled to London to earn a master's degree in international economics and finance before embarking on a distinguished business career taking him to more than thirty countries in Europe, Africa, and the Middle East.He has received numerous accolades, including three Christy Awards for excellence in fiction. He currently serves as writer-in-residence at Regent's Park College, Oxford University, and is a sought-after lecturer on the craft of writing. JANETTE OKE was born on the Canadian prairie in Champion, Alberta, and has drawn from her own family's heritage in developing characters and plots. She is a graduate of Mountain View Bible College in Alberta, where she met her husband, Edward. After pastoring churches in Canada and Indiana, the Okes returned to the Calgary, Alberta, area, where Edward served in several positions on college faculties while Janette continued writing. She has authored over four dozen novels for adults and children, and her book sales total nearly thirty million copies. Her literary awards are numerous and include the ECPA President's Award and the CBA Life Impact Award for her significant contribution to the growth of Christian fiction. She also has won both Gold Medallion and Christy awards. The Okes have three sons and one daughter, all married, and are enjoying their many grandchildren. Edward and Janette are active in their local church and make their home north of Calgary.
-Publisher