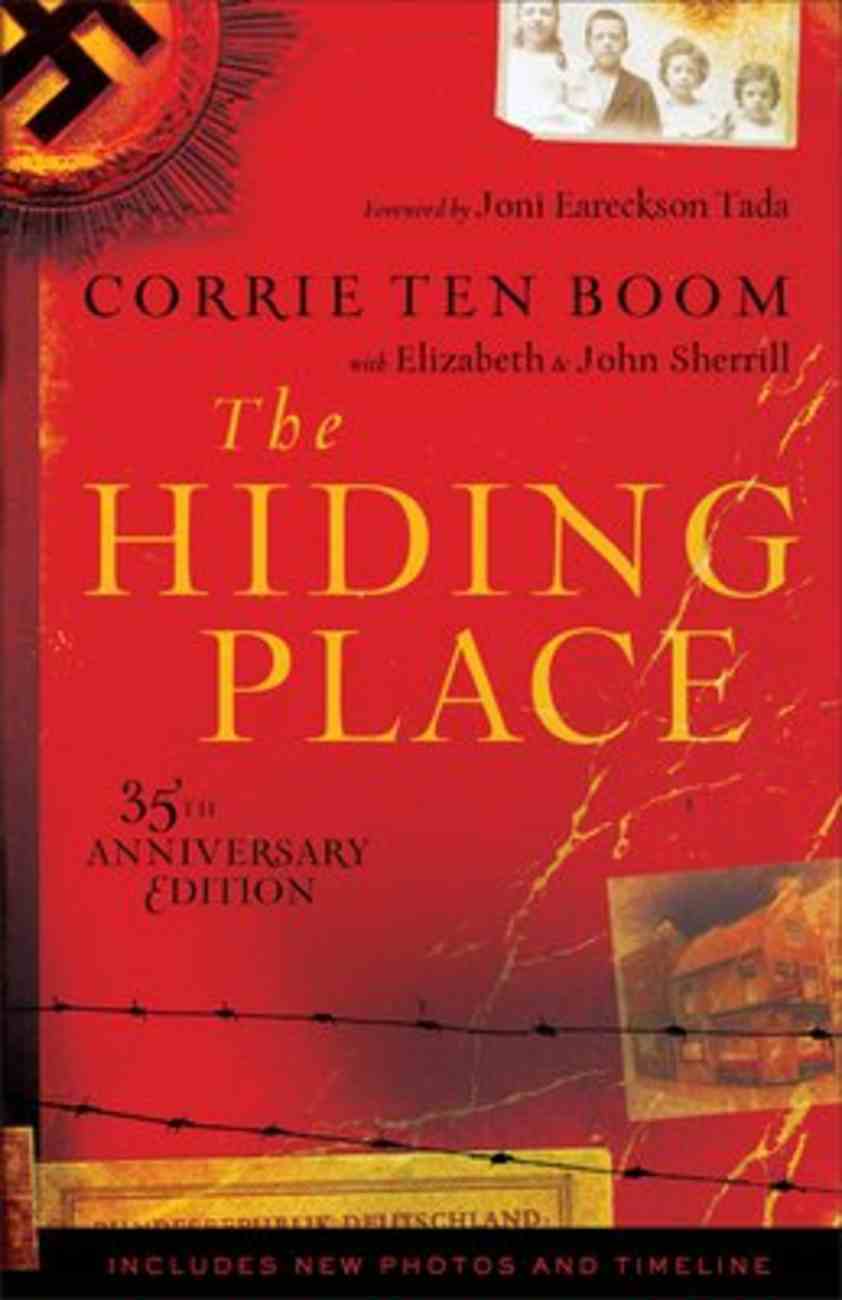 Corrie ten Boom was a woman admired the world over for her courage, her forgiveness, and her memorable faith. In World War II, she and her family risked their lives to help Jews escape the Nazis, and their reward was...

25 available
Expected to ship within 11 hours from Australia.
Learn More
Free Shipping
for orders over $99.

In My Father's House: The Years Before the Hiding Place
Boom Corrie Ten
Paperback

Corrie ten Boom was a woman admired the world over for her courage, her forgiveness, and her memorable faith. In World War II, she and her family risked their lives to help Jews escape the Nazis, and their reward was a trip to Hitler's concentration camps. But she survived and was released--as a result of a clerical error--and now shares the story of how faith triumphs over evil. For thirty-five years Corrie's dramatic life story, full of timeless virtues, has prepared readers to face their own futures with faith, relying on God's love to overcome, heal, and restore. Now releasing in a thirty-fifth anniversary edition for a new generation of readers, The Hiding Place tells the riveting story of how a middle-aged Dutch watchmaker became a heroine of the Resistance, a survivor of Hitler's death camps, and one of the most remarkable evangelists of the twentieth century.
-Publisher

"I will never forget the first time I read The Hiding Place. My heart was riveted by the fact that the love of God is the greatest power of them all. Today the truth remains the same, and I pray we are challenged and inspired again by Corrie ten Boom's powerful story of faith, triumph, and unconditional love."--Darlene Zschech, worship leader and songwriter"The Hiding Place is the heart-wrenching, powerfully inspiring story of the triumph of God's love and forgiveness in the heart of Nazi concentration camp survivor Corrie ten Boom. Beautifully penned by Elizabeth and John Sherrill, it will always sit on the top shelf of Christian classics."--Peter Marshall, author, The Light and the Glory and From Sea to Shining Sea"One of the most remarkable stories of one of the most remarkable women I've known. I recommend it most enthusiastically."--Chuck Colson, founder and chairman, Prison Fellowship"The Hiding Place is a classic that begs revisiting. Corrie ten Boom lived the deeper life with God, exchanging love and forgiveness for hatred and cruelty, trusting God in the midst of fear, horror, and uncertainty. This gripping story of love in action will challenge and inspire you!"--Joyce Meyer, best-selling author and Bible teacher"A groundbreaking book that shines a clear light on one of the darkest moments of history."--Philip Yancey, author, What's So Amazing About Grace? and The Jesus I Never Knew"Ten Boom's classic is even more relevant to the present hour than at the time of its writing. Not only do we need to be inspired afresh by the courage manifest by her family, but we are at another watershed moment in the history of global anti-Semitism, and we need a strong reminder of God's timeless covenant with His ancient people and of our obligation as believers to stand with them as Corrie's family did in their generation."--Jack W. Hayford, president, International Foursquare Church; chancellor, The King's College and Seminary"In Corrie ten Boom, self was visibly crucified, and her sacrifices and genuine mercies demonstrated themselves to the convictions of men in every nation and tongue. Her disinterest in the spirit of this age convinced even the heathen. She truly manifested the spirit of Christianity."--David Wilkerson, founding pastor, Times Square Church; founder, Teen Challenge"Corrie ten Boom's spiritual beauty echoes throughout the story of The Hiding Place. Valor, determination, and integrity manifest themselves in her inspiring life and in her courageous actions. She is one of the few who can be described as a true hero."--David Selby, international director, Derek Prince Ministries
-Publisher

Corrie ten Boom (1892-1983) was born in Haarlem, The Netherlands. After being arrested in 1944 for helping Jews escape the Nazi regime, Corrie spent the last year of World War II in various prison camps. After the war, she was invited to share her experiences in over sixty countries and was honored by the state of Israel for her work during the war. Her life story, The Hiding Place, was originally released in 1971. In 1977, she settled in California, where she remained until her death in 1983, on her 91st birthday. She also authored Each New Day,Tramp For The Lord, In My Father's House, and I Stand at the Door and Knock. -Editorial Review.