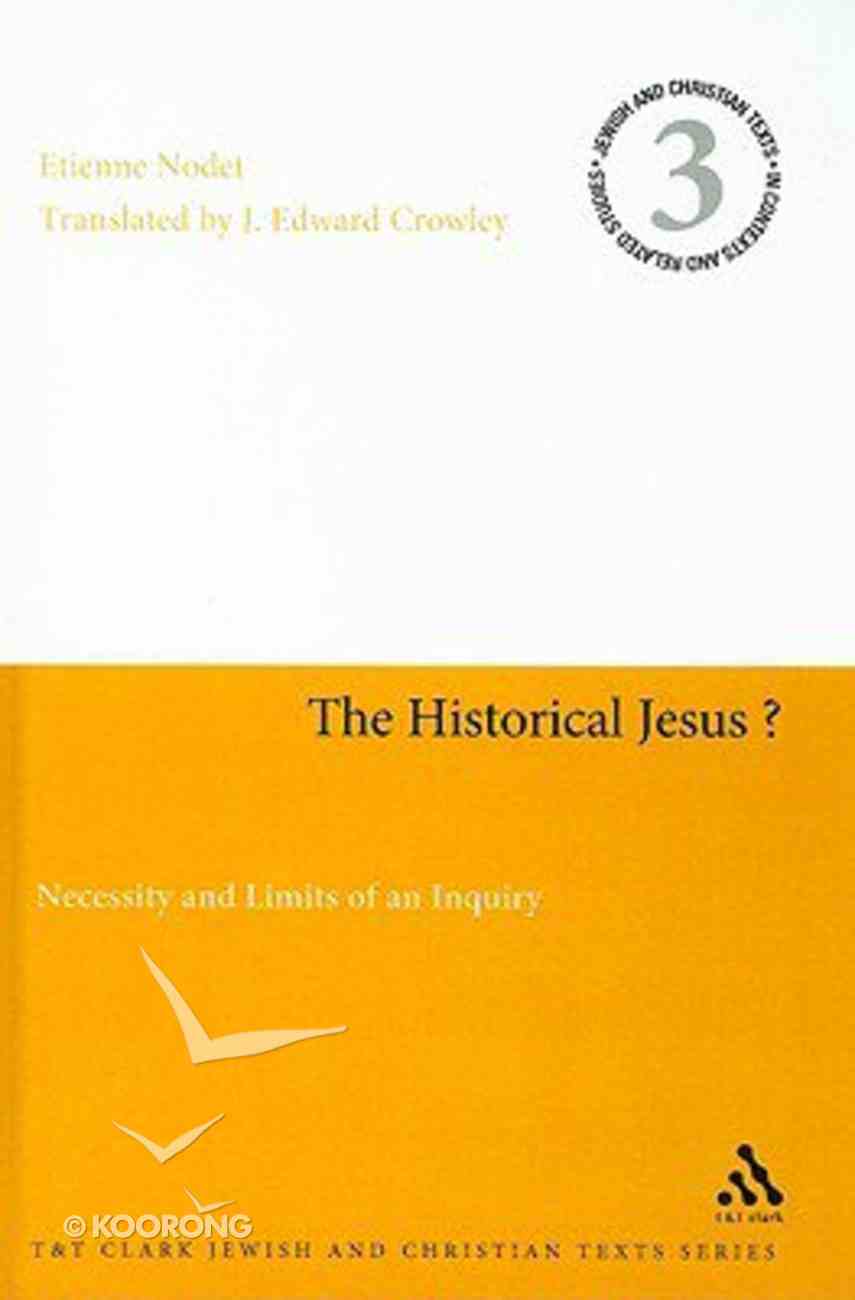 From its earliest known interpretations up to the present day Ecclesiastes has been read in very diverse - even diametrically opposed - ways. By paying close attention to recent work on Ecclesiastes (including modern translations of the book), Ambiguity in...

The Historical Jesus and the Christ of Faith
George Demertrion
eBook

Four Portraits, One Jesus: An Introduction to Jesus and the Gospels
Mark L Strauss
Hardback

A very active member of the École Biblique et ArchÉologique Française de JÉrusalem that has done so much to introduce historical criticism into the believer's reading of the Scriptures, Étienne Nodet proposes here a beautiful history book.  Certainly, in putting forward to the general public an accessible synthesis of scholarly and dense works carried out successfully in these recent years, he spares the reader the ponderousness of a critical apparatus and consigns to Appendix I the citation of his principal ancient sources.  He invites the reader to a fascinating effort of the intelligence and of the heart that constitutes the profession of a historian: documentation, appraisal of documents, examining witnesses, comparisons, inductions and deductions; even textual criticism is sometimes called upon: for example, he is one of those who postulates the existence of a "Western Text" of the New Testament, and draws interesting hypotheses from its comparison with the standard text of the critical editions.  In a second appendix, not found in the original French work, he presents a new translation of Josephus' War of the Jewsfor hints of authentic non-Christian evidence about Jesus and John the Baptist.

Beginning with the Gospel accounts of the infancy of Jesus, the author opens up for us the main features of the life of Jesus in a reading that oscillates between the questioning of the historical reference and the penetrating understanding of their verbal expression.  Finally, there is the very suggestive sketch of the figure of James, "the brother of the Lord" and the head of the early Jerusalem church.