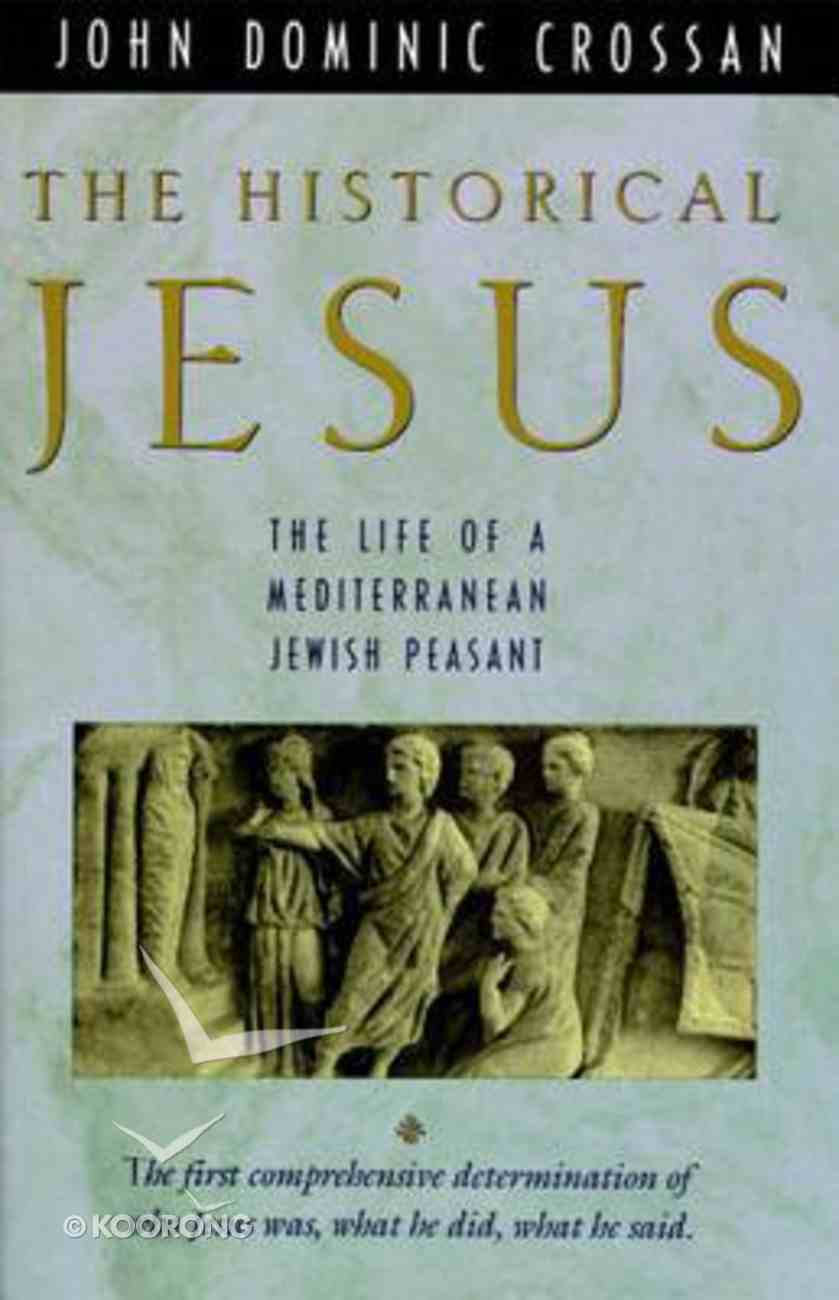 A seminal portrait of Jesus the man in his time--'the most important scholarly book about Jesus in decades' (Marcus Borg). In this groundbreaking work, Crossan presents the verifiably original sayings of Jesus and places them in an account where the...

The Historical Jesus and the Christ of Faith
George Demertrion
eBook

A seminal portrait of Jesus the man in his time--'the most important scholarly book about Jesus in decades' (Marcus Borg). In this groundbreaking work, Crossan presents the verifiably original sayings of Jesus and places them in an account where the man who emerges is a savvy, courageous Jewish peasant--both a revolutionary and a compassionate healer.
-Publisher

"He comes as yet unknown into a hamlet of Lower Galilee. He is watched by the cold, hard eyes of peasants living long enough at a subsistence level to know exactly where the line is drawn between poverty and destitution. He looks like a beggar yet his eyes lack the proper cringe, his voice the proper whine, his walk the proper shuffle. He speaks about the rule of God and they listen as much from curiosity as anything else. They know all about rule and power, about kingdom and empire, but they know it in terms of tax and debt, malnutrition and sickness, agrarian oppression and demonic possession. What, they really want to know, can this kingdom of God do for a lame child, a blind parent, a demented soul screaming its tortured isolation among the graves that mark the edges of the village?"


-- from "The Gospel of Jesus," overture to The Historical Jesus


The Historical Jesus reveals the true Jesus--who he was, what he did, what he said. It opens with "The Gospel of Jesus," Crossan's studied determination of Jesus' actual words and actions stripped of any subsequent additions and placed in a capsule account of his life story. The Jesus who emerges is a savvy and courageous Jewish Mediterranean peasant, a radical social revolutionary, with a rhapsodic vision of economic, political, and religious egalitarianism and a social program for creating it.


With this ground-breaking work, John Dominic Crossan emphatically sweeps these notions aside. He demonstrates that Jesus is actually one of the best documented figures in ancient history; the challenge is the complexity of the sources. The vivid portrayal of Jesus that emerges from Crossan's unique methodology combines the complementary disciplines of social anthropology, Greco-Roman history, and the literary analysis of specific pronouncements, anecdotes, confessions and interpretations involving Jesus. All three levels cooperate equally and fully in an effective synthesis that provides the most definitive presentation of the historical Jesus yet attained.

Meeting Jesus: The 'I Am' Sayings of Christ
R C Sproul
Paperback