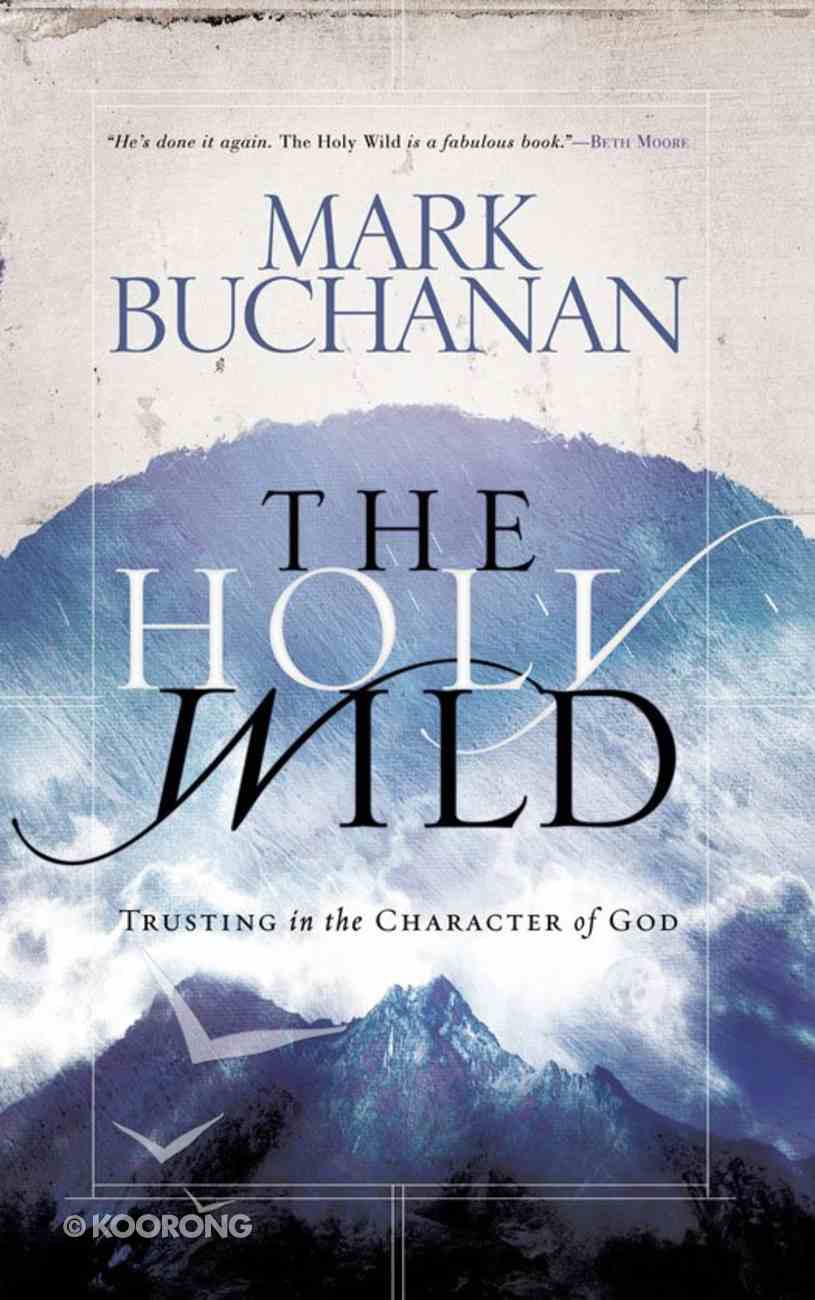 Our perception of God makes a difference in every crevice of our character, from our inner anxieties to our public conversations. It determines whether we're trusting or suspicious, whether we're happy or discontent - and whether or not we can...

How to Ruin Your Life: And Starting Over When You Do (Unabridged, 4cds)
Eric Geiger
CD

It's Okay Not to Be Okay: Moving Forward One Day At a Time (Unabridged, 5 Cds)
Sheila Walsh
CD

Our perception of God makes a difference in every crevice of our character, from our inner anxieties to our public conversations. It determines whether we're trusting or suspicious, whether we're happy or discontent - and whether or not we can rely on God matters mightily on the day of our death. Mark Buchanan's third book continues his penetrating exploration of the God we worship. Bravely and honestly, he poses the direst question of human existence: Can God be trusted?
-Publisher

Mark Buchanan is an author and pastor living on Vancouver Island with his wife, Cheryl, and their three children, Adam, Sarah, and Nicola. Mark holds a Bachelors degree in Fine Arts from the University of British Columbia and a Masters degree in Interdisciplinary Studies from Vancouvers Regent College.
He reads widely. He enjoys gardening, woodworking, fishing, cycling and scuba diving. He can often be found swimming in the clear, warm rivers of Vancouver Island, or drinking strong coffee in one of its many coffee houses. He regularly plays squash, poorly, and occasionally golfs, disastrously.


Mark is a popular conference and retreat speaker, but his deep love is the local church. He has published in several magazines and journals, including Christianity Today, Books & Culture, The Christian Century, Leadership Journal, Discipleship Journal, and others. He has written five books, Your God is Too Safe; Things Unseen; The Holy Wild; The Rest of God; and, most recently, Hidden in Plain Sight.


He is working on a novel
-Publisher.