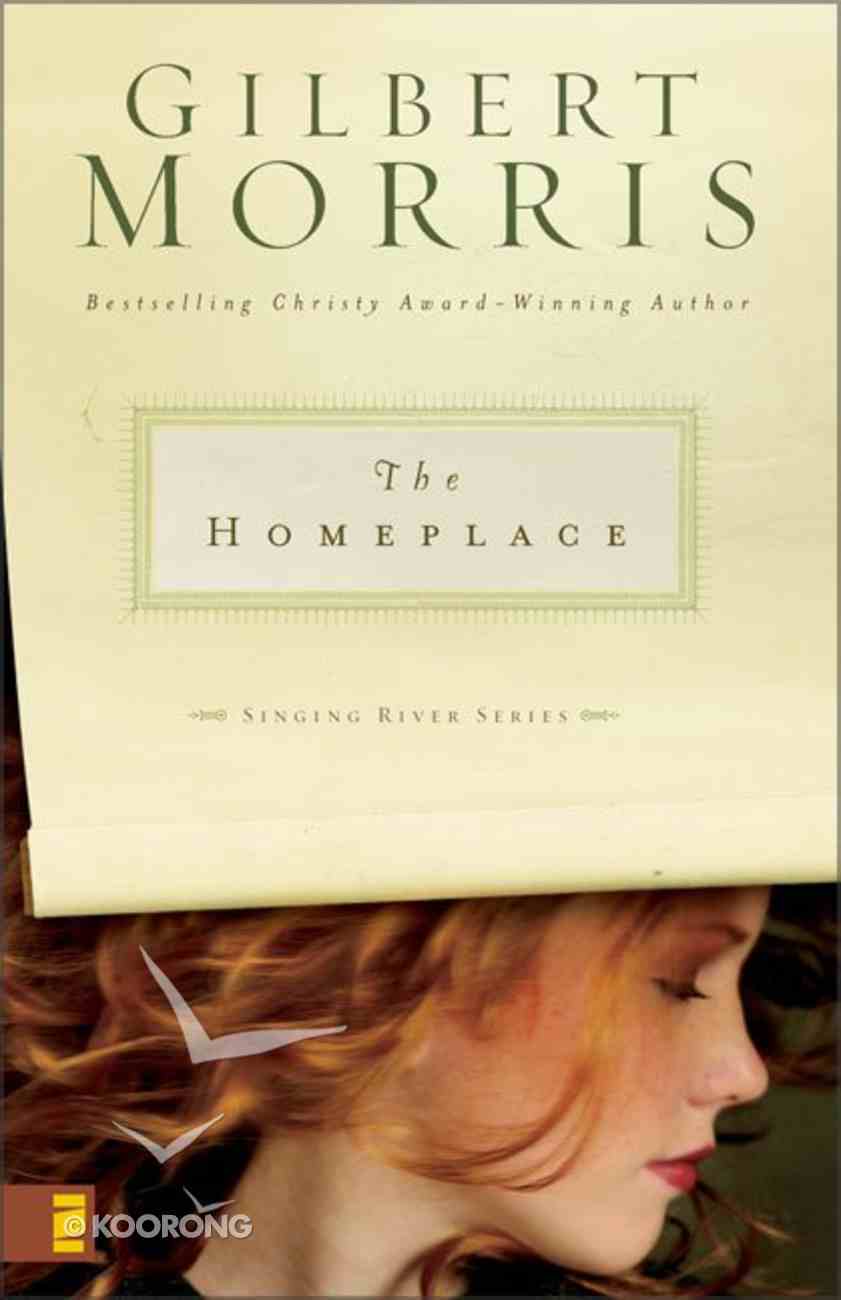 As the year 1928 begins, fourteen-year-old Lanie Belle Freeman of Fairhope, Arkansas, has bright hopes for the future. Her father has launched a new business, and her mother is expecting her fifth baby. Lanie has dreams of going to college...

As the year 1928 begins, fourteen-year-old Lanie Belle Freeman of Fairhope, Arkansas, has bright hopes for the future. Her father has launched a new business, and her mother is expecting her fifth baby. Lanie has dreams of going to college and being a writer. Then tragedy strikes. Book One in the Singing River Series.
-Publisher

The HomeplaceCopyright 2005 by Gilbert MorrisRequests for information should be addressed to:Zondervan, Grand Rapids, Michigan 49530Library of Congress Cataloging-in-Publication DataMorris, GilbertThe homeplace / Gilbert Morris.p. cm.-(Singing river series; bk. 1)ISBN-10: 0-310-25232-6ISBN-13: 978-0-310-25232-0I. Title.PS3563.O8742H655 2005813''.54-dc222005010115All Scripture quotations, unless otherwise indicated, are taken from the King JamesVersion.All rights reserved. No part of this publication may be reproduced, stored in a retrievalsystem, or transmitted in any form or by any means-electronic, mechanical, photocopy,recording, or any other-except for brief quotations in printed reviews, withoutthe prior permission of the publisher.Published in association with the literary agency of Alive Communications, Inc., 7680Goddard Street, Suite 200, Colorado Springs, CO 80920.Interior design by Michelle EspinozaPrinted in the United States of America05 06 07 08 09 10 11 12 /?DCI/ 10 9 8 7 6 5 4 3 2 1Chapter 1Awedge of pale sunlight slanted through the window to Lanie''s left,touching her auburn hair and bringing out a slight golden tint.She bent over the Warm Morning cookstove, opened the firebox, thenwith quick, economical movements removed the gray ashes with asmall shovel, dumping them into a five-gallon can. She reached downinto an old apple crate filled with what her dad called "rich pine"-fragments of pine knots so soaked with sap that when lit with a matchthey would burn like a torch.Piling several knots onto the grate of the firebox, Lanie took a kitchenmatch from a box that rested on a shelf and struck the match on the roughstrip on the side. She leaned down and held the flame against the wooduntil the rich pine caught. Quickly she pulled small pieces of pine kindlingfrom a box and put them on top of the blaze. She crisscrossed threesmaller sticks of white oak firewood, arranging them expertly so that adraft was formed, causing them to burn evenly. She shut the firebox doorand opened the draft on the stovepipe, then paused, listening to thecrackle of the flames and the rush of air up the chimney. Satisfied, sheturned the knob for the damper partway to slow down the fire.Lanie Belle Freeman paused, listening to the fire. She tucked a rebelliouscurl from her forehead behind her ear. At fourteen, Lanie hadreached that stage when adolescence gives way to young womanhood.She was thoughtful in most things-cautious and sometimes slow todecide, but moved quickly once she made up her mind. Her faded greendress with a white-flower print revealed the curves of an emerging woman.Her arms suggested a strength unusual for one her age. Sunlight highlightedthe curves of her cheeks. Her eyes were large and gray with a hintof green. They were well-shaped, widely spaced, and contemplative, butat times could flash with temper. Her lips were full and expressive, andwhen she smiled, a dimple appeared on her right cheek.She moved to a tall wooden kitchen cabinet with a gray-speckledporcelain countertop and pulled open the flour bin. "Plenty of flour,"she murmured. A thought came to her and she picked up a Big Chiefnotebook on the counter and crossed to a table set against the far walljust beside the icebox. As she picked up a pen and sat down at the tablein a cane-bottomed chair, a smile turned up the corners of her mouth.Opening the book to a blank page, she began to write. Her handwritingwas smooth, even, and neatly executed:April the 12th, 1928Lanie Belle Freeman600 Jefferson Davis AvenueFairhopeStone CountyArkansasAmericaNorth AmericaEarthSolar SystemMilky Way GalaxyLanie studied what she had put down. A quizzical look touched hereyes and she smiled. "There''s just one more place to go after that, Ireckon." At the bottom of the list she added "Universe," then studiedwhat she had written.She smiled, then laughed out loud. "Now I reckon I know rightwhere I am."Closing the book abruptly, she pushed it to the back of the tableand put the pen be
-Publisher