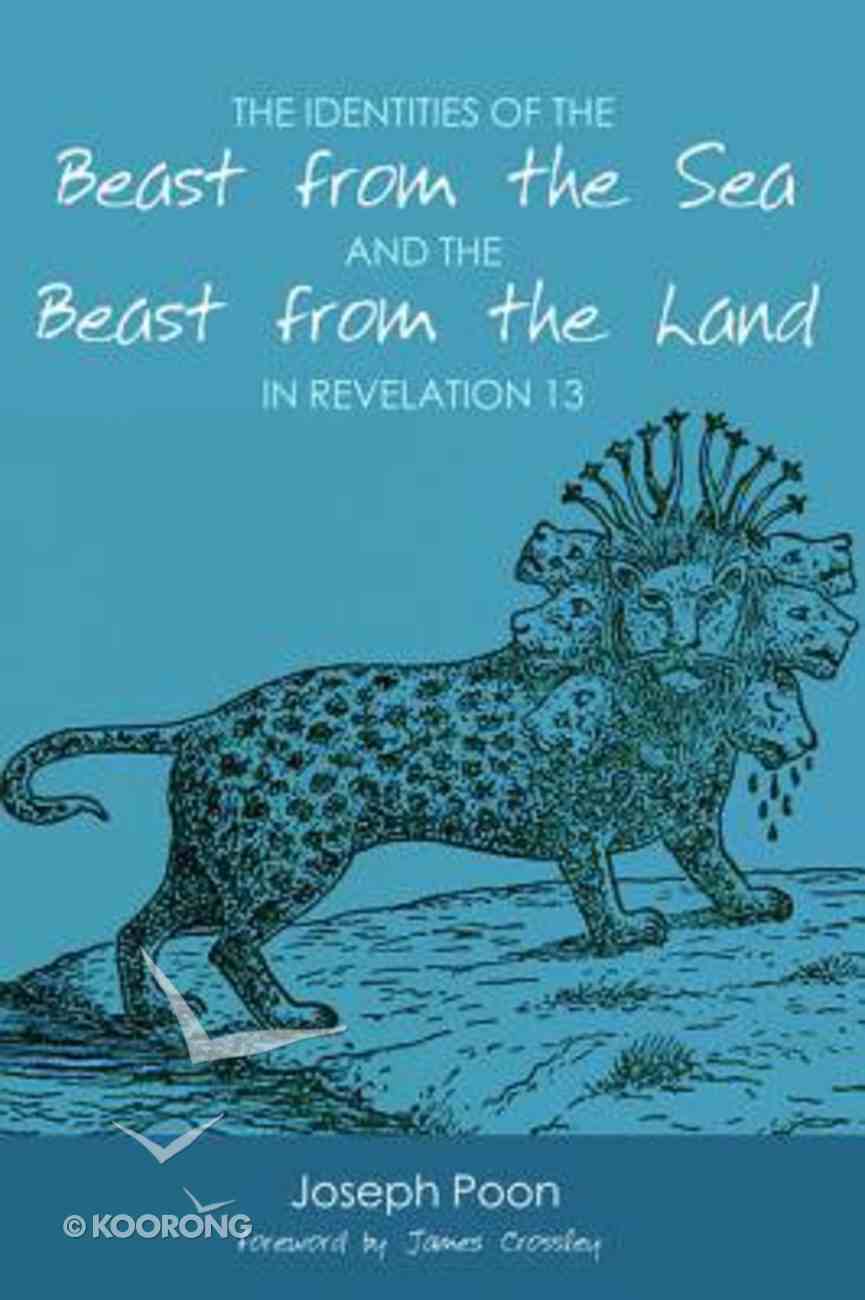 Letters From Jesus: Studies From the Seven Churches of Revelation
Chris Palmer
Hardback

This book aims to identify the beast from the sea and the beast from the land in Revelation 13 by studying their unique link together with the dragon in Revelation 12: the land beast is subordinate to the sea beast, which in turn is subordinate to the dragon. The early sections of the book provide a review of previous scholarship, the influence of Daniel 7 in understanding Revelation 13, and the Leviathan-Behemoth motif in several apocalyptic writings. The core of the book, however, seeks to demonstrate that the relationship of the two beasts and the dragon fits well with the tripartite hierarchy that Georges Dumezil has discovered as one of the dominant structures of relationships in Indo-European mythological traditions. In congruence with the criteria of the three hierarchical levels in Dumezil's system, the dragon concerns the ultimate sovereignty in a supernatural sphere, while the sea beast and land beast are found, respectively, as a warlike figure in a war context and as a figure relating to the economic theme. Based on this finding, the book concludes that the two beasts represent the imperial power and the imperial cult, as most commentators believe. ""Joseph Poon shows how complex notions of empire can be when we think about the structures of thought involved with ancient imperialism and how they are negotiated in Revelation. But this book also shows how interdisciplinary interests can benefit conventional exegesis in his close reading of Revelation 13. Anyone working on empire and Revelation, as well as understanding of the beasts in Revelation, ought to think carefully about the arguments presented here."" --James Crossley, Professor, St. Mary's University London ""The underlying structure of Revelation 12-13 is often seen as a puzzle that biblical and extrabiblical literature cannot adequately explain. In this refreshing monograph, Poon examines the tripartite ideologies of Indo-European traditions to locate the two beasts and the dragon of these chapters within this same tripartite structure. In so doing, Poon offers a fresh and insightful work that should be required reading for all working on the book of Revelation. Highly recommended."" --Mark T. Finney, Program Director for Religion, Theology and the Bible, Department of History, University of Sheffield Joseph Poon earned his master's of divinity degree from McAfee School of Theology, Mercer University, in 2007, and his PhD in biblical studies from the University of Sheffield in 2012. He is currently pursuing further research training in ancient history and classics.
-Publisher