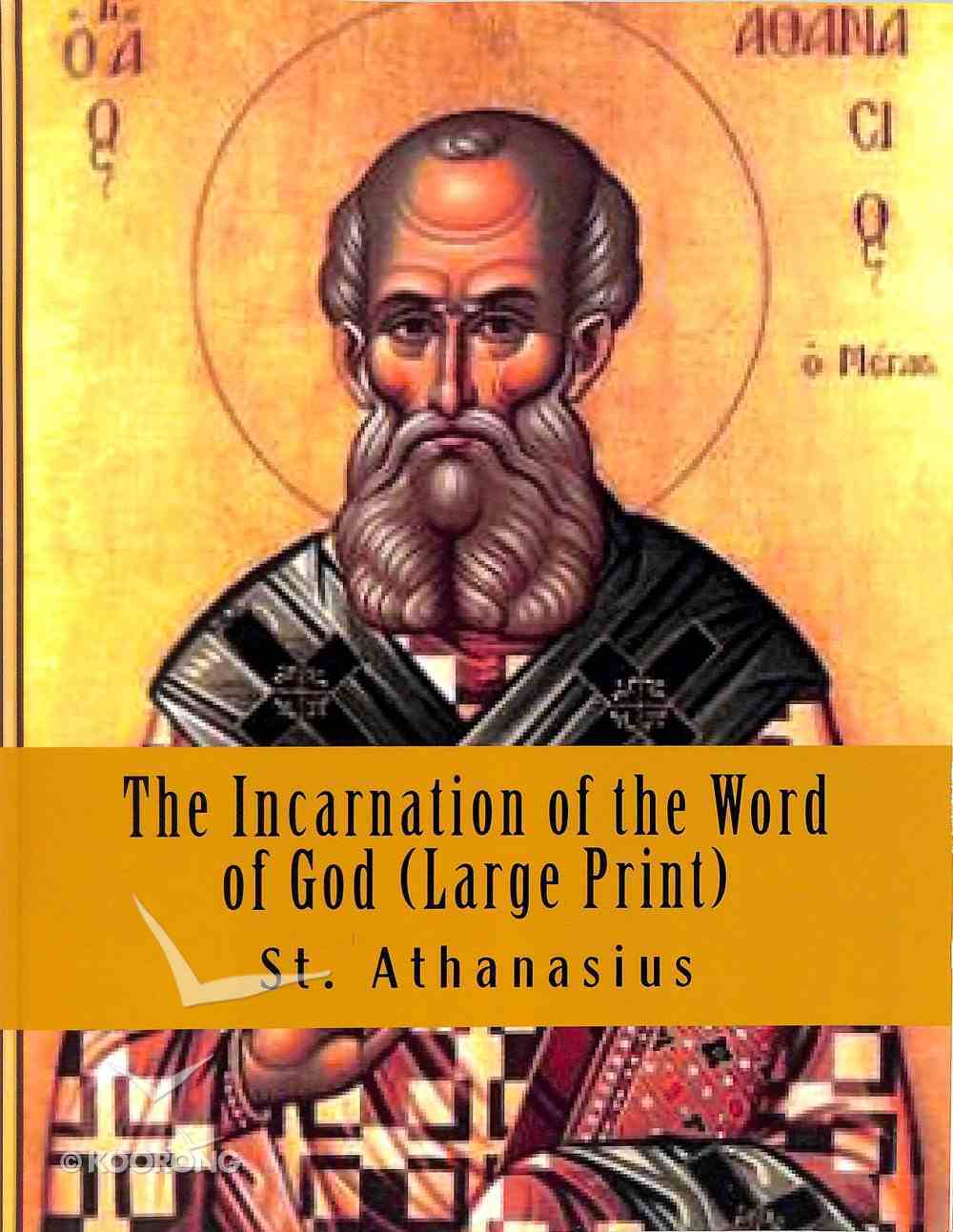 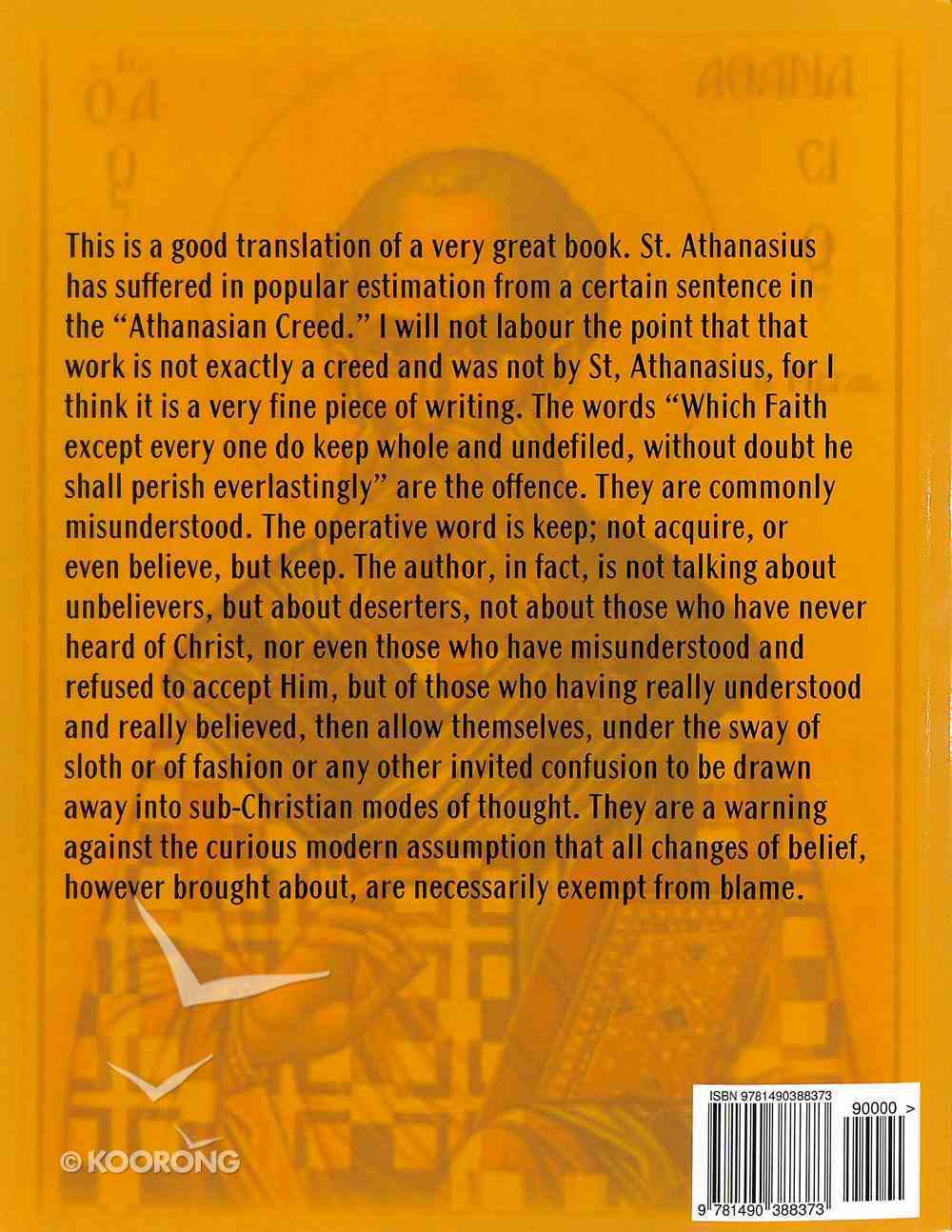 The Incarnation of the Word of God (Large Print)

Athanasius was born in the later half of AD 299 and died in AD 373. During this time, in 325, one of the most important Church meetings in history took place (second probably only to the Jerusalem Council). Convened by...

The New Life of God in the Soul of Man: An Interpretation of Henry Scougal's Classic
John D Gillespie
Paperback

On the Incarnation of the Word
Athanasius
eBook

Of the Imitation of Christ
Thomas A'Kempis
Paperback

The Practice of the Presence of God
Brother Lawrence, Harold Myra
eBook

Athanasius was born in the later half of AD 299 and died in AD 373. During this time, in 325, one of the most important Church meetings in history took place (second probably only to the Jerusalem Council). Convened by Constantine, the Council of Nicaea's primary task was seeking unity in all Christendom on the nature of the person of Jesus and his relation to the Father. While we mostly take it for granted today, most of what is now considered orthodox Christian doctrine were once items up for debate. At the council of Nicaea there were two views on the person of Christ being debated.The first was that of Arius, who believed that the Son was a created creature, albeit the first created, and not God. This makes sense if Jesus is "the Son" he must then come after the father. Colossians calls him the "firstborn of all creation." Arius argued that the Son was created from nothing and then he was the creator of all other things. This made him a finite being as well as a being capable of wrong.The second view, and the one the council decided on, was that of St. Alexander, Bishop of Alexandria. Alexander argued that the Father's attributes are eternal, even his fatherhood and so he has always had the Son with him. Technically, he said the son was "begotten" and not created. Begotten of the same substance as the Father. This meant he was God and equal with the Father.Alexander had assistants at the council, the most notable of which was a 26 year old deacon by the name of Athanasius. Athanasius would spend the rest of his life fighting the Arian heresy. He did this most notably through his work On the Incarntion.On the Incarnation is the second half of a two part treatise and in it Athanasius covers creation, the fall, and the incarnation and resurrection as well as some refutations to common objections from Jews and Greeks regarding the Son, or as he calls him, the "God Word."
-Publisher

Athanasius (c.297-373), was born at Alexandria, Egypt, around AD 297, and would serve for forty-five years as that city's bishop, having begun as a bishop's assistant at the Council of Nicaea in AD 325. Athanasius spent seventeen years of his tenure in exile, having provoked several Roman emperors with his unflinching defense of the doctrine of the Trinity. Athanasius was one of the most brilliant and influential theologians in Christian history, and is venerated across all the major streams of the faith - Roman Catholic, Orthodox, Coptic, and mainline Protestant. He is remembered for his writings, still read today, his great pastoral concern, his courageous faithfulness despite immense opposition, and his profound interest in monasticism.