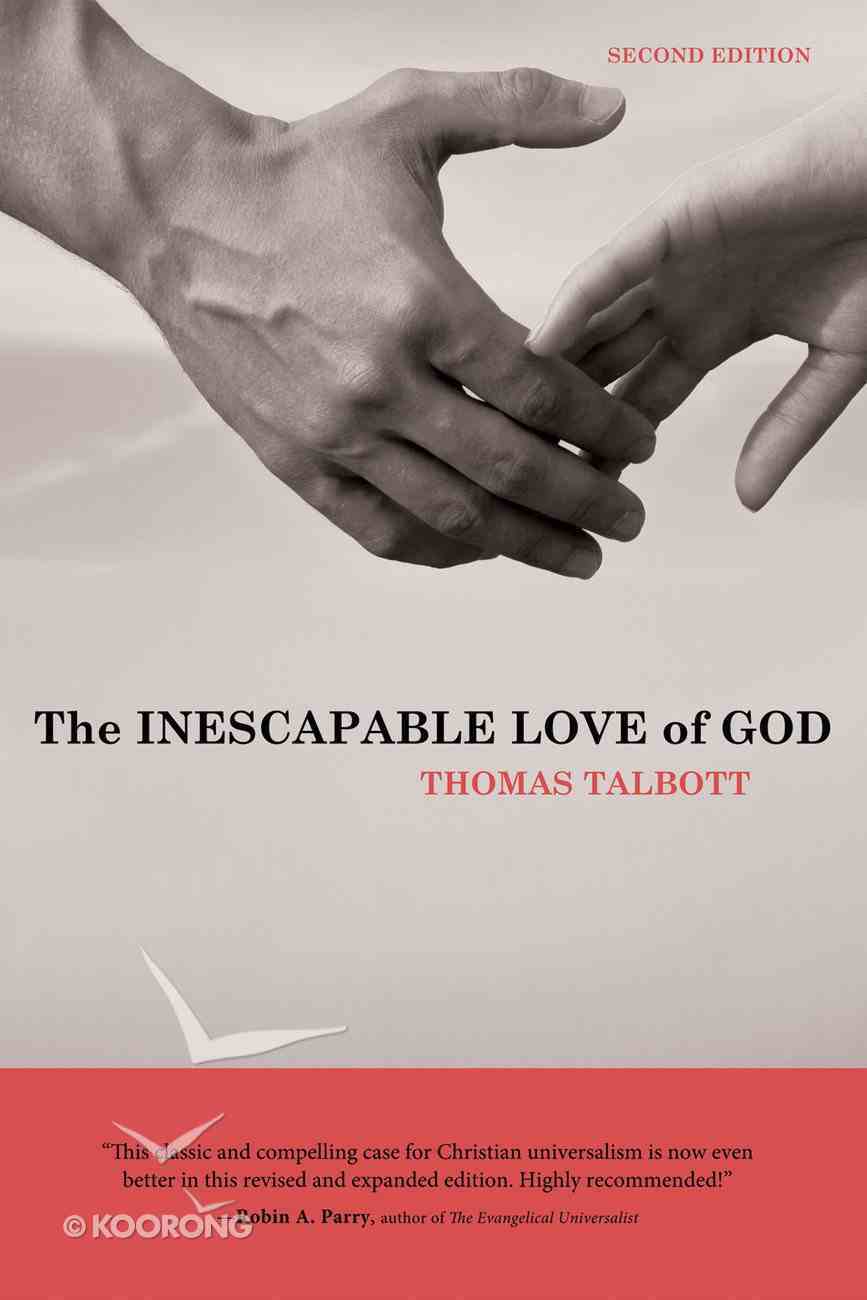 The Inescapable Love of God

Will the love of God save us all? In this book Thomas Talbott seeks to expose the extent to which the Western theological tradition has managed to twist the New Testament message of love, forgiveness, and hope into a message...

God Loves Broken People: And Those Who Pretend They're Not
Sheila Walsh
Paperback

Will the love of God save us all? In this book Thomas Talbott seeks to expose the extent to which the Western theological tradition has managed to twist the New Testament message of love, forgiveness, and hope into a message of fear and guilt. According to the New Testament proclamation, he argues, God's love is both unconditional in its nature and unlimited in its scope; hence, no one need fear, for example, that God's love might suddenly turn into loveless hatred at the moment of one's physical death. For God's love remains the same yesterday, today, and forever. But neither should one ignore the New Testament theme of divine judgment, which Talbott thinks the Western theological tradition has misunderstood entirely. He argues in particular that certain patterns of fallacious reasoning, which crop up repeatedly in the works of various theologians and Bible scholars, have prevented many from appreciating St. Paul's explicit teaching that God is merciful to all in the end. This second edition of Talbott's classic work is fully revised, updated, and substantially expanded with new material. ""I am not exaggerating when I say that the first edition of this book changed my life. Its core chapters provided my despairing heart with the utterly unexpected and glorious hope that 'all will be well'--that God's victory over sin will truly be complete! This classic and compelling case for Christian universalism is now even better in this revised and expanded edition. Highly recommended!"" --Robin A. Parry, author of The Evangelical Universalist ""Among sustained defenses of Christian universalism, I know of no book that's as effective at presenting rigorous arguments in a manner engaging and accessible to non-specialists. The new edition retains that balance while tackling recent arguments and introducing new material--including a new chapter, 'Predestination unto Glory.' The Inescapable Love of God is public philosophy at its best: serious philosophical and theological argumentation that speaks to those for whom the question of whether God saves all is no mere academic issue but a deeply personal one."" --Eric Reitan, Oklahoma State University, Stillwater, OK ""The Inescapable Love of God is an important book. Its author, Thomas Talbott, is the leading defender of Christian universalism in the philosophical world. But this is in no way an academic work; rather, it is a remarkable combination of memoir, biblical exegesis, and popular philosophy. Talbott argues compellingly that the love of God will prevail for all whom God loves--that is, for everyone!"" --Tom Senor, University of Arkansas, Fayetteville, AR ""Tom Talbott defends universal salvation with both serious biblical exegesis and philosophically sophisticated arguments. His multifaceted case for universalism has challenged my understanding of hell more than any other writer I have read. This book is essential reading for anyone involved in this vital debate."" --Jerry L. Walls, Houston Baptist University, Houston, TX Thomas Talbott is Emeritus Professor of Philosophy at Willamette University in Salem, Oregon. He has published numerous articles and book chapters in defense of Christian universalism.
-Publisher