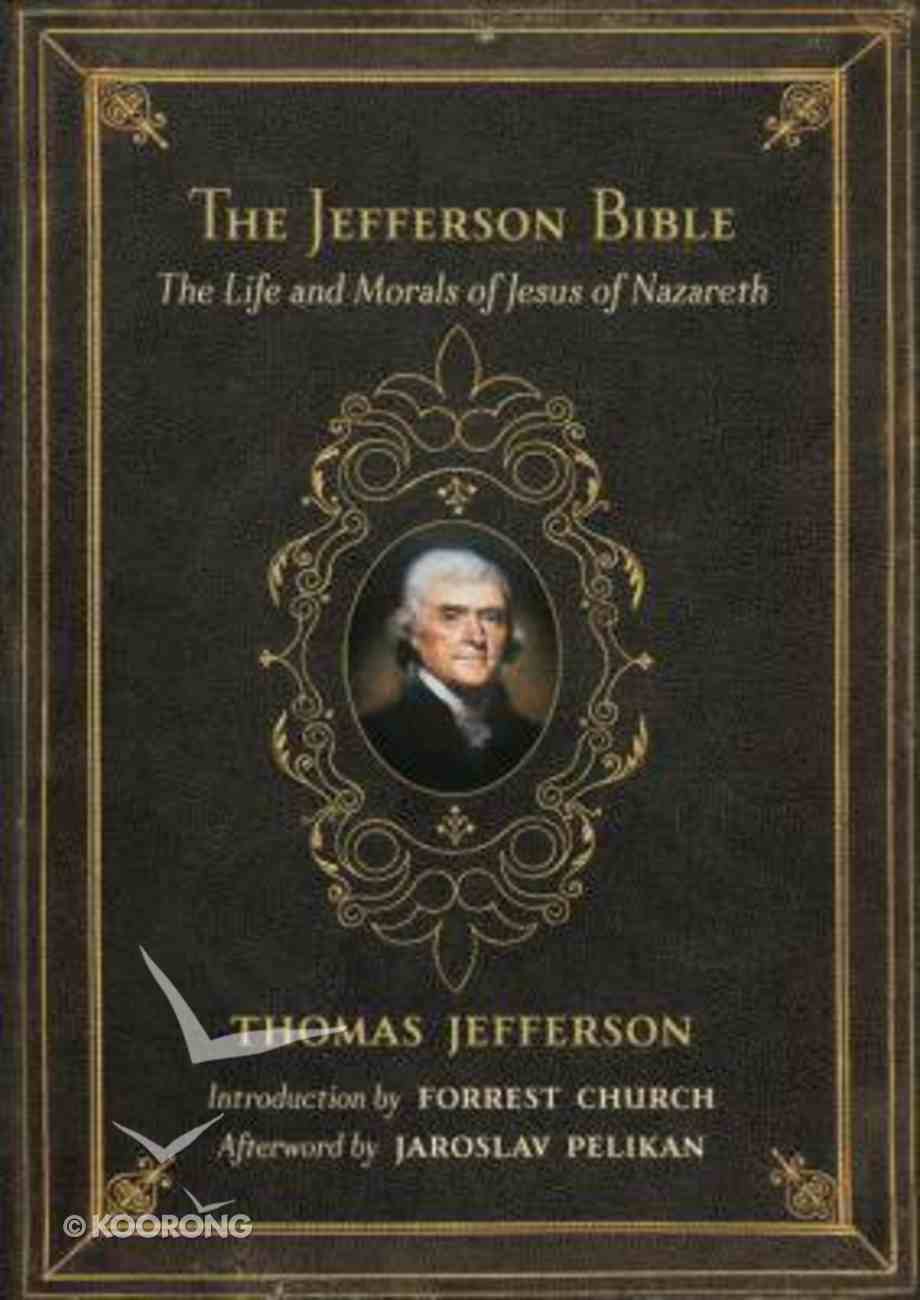 We must reduce our volume to the simple evangelists, select, even from them, the very words only of Jesus. There will be remaining the most sublime and benevolent code of morals which has ever been offered to man.—Thomas Jefferson...

The Bible Illuminated: How Art Brought the Bible to An Illiterate World
Karen York (Ed)
Hardback

A History of the Bible: The Book and Its Faiths
John Barton
Hardback

The World's Greatest Book: The Story of How the Bible Came to Be
Lawrence Schiffman (Ed), Jerry Pattengale (Ed)
Hardback

Inspired By the Word: The Bible Through the Eyes of the Great Masters
J Sage Elwell
Hardback

We must reduce our volume to the simple evangelists, select, even from them, the very words only of Jesus. There will be remaining the most sublime and benevolent code of morals which has ever been offered to man.—Thomas Jefferson

Featuring an introduction by Forrest Church, this reissue of The Jefferson Bible offers extraordinary insight into the logic of Thomas Jefferson and the Gospel of Jesus. Working in the White House in 1804, Jefferson set out to edit the Gospels in order to uncover the essence of true religion in the simple story of the life of Jesus. Jefferson was convinced that the authentic message of Jesus could be found only by extracting from the Gospels Jesus's message of absolute love and service, rather than the miracle of the Annunciation, Virgin Birth, or even the Resurrection. Completed in 1819, this little book is the remarkable result of Jefferson's efforts.
-Publisher

Politician, philosopher, farmer, architect, and author, Jefferson was born to Peter and Jane Randolph Jefferson on April 13, 1743, in Tuckahoe, Virginia. As Jefferson observed in his autobiography, his parents could "trace their pedigree far back in England and Scotland." At the age of 16, Thomas Jefferson entered William and Mary College; at age 24, Jefferson was admitted to the bar; at 25, he was elected to the Virginia Assembly. Renowned for his political contributions to the American colonies, and later, to the embryonic Republic, Jefferson published in 1774 A Summary View of the Rights of British America, celebrating the inalienable natural rights claimed by the colonialists. In 1775 Jefferson was elected to the Continental Congress; in 1776 he joined the five-person committee responsible for drafting the Declaration of Independence---a document that is widely regarded as being largely Jefferson's own work. In 1779 Jefferson was elected governor of the state of Virginia, and in subsequent years he distinguished himself both as a cosmopolitan international politician and as a man committed to the future of Virginia. In 1789 he was appointed U.S. secretary of state, in 1797 he served as vice president under President John Adams, and in 1801 he was elected third president of the United States. Jefferson's literary career was no less stellar than his political accomplishments. He authored tracts and books on such diverse subjects as gardening, the life of Jesus, the history of Virginia, and the practices of farming. The precise descriptions of nature that inform his Notes on the State of Virginia (1787) are frequently credited with foreshadowing the Hudson River school of aesthetics. Thomas Jefferson died on the fourth of July. His grave marker, engraved with words of his own choosing, states, "Here lies Thomas Jefferson, Author of the Declaration of American Independence, of the Statute of Virginia for Religious Freedom and Father of the University of Virginia."