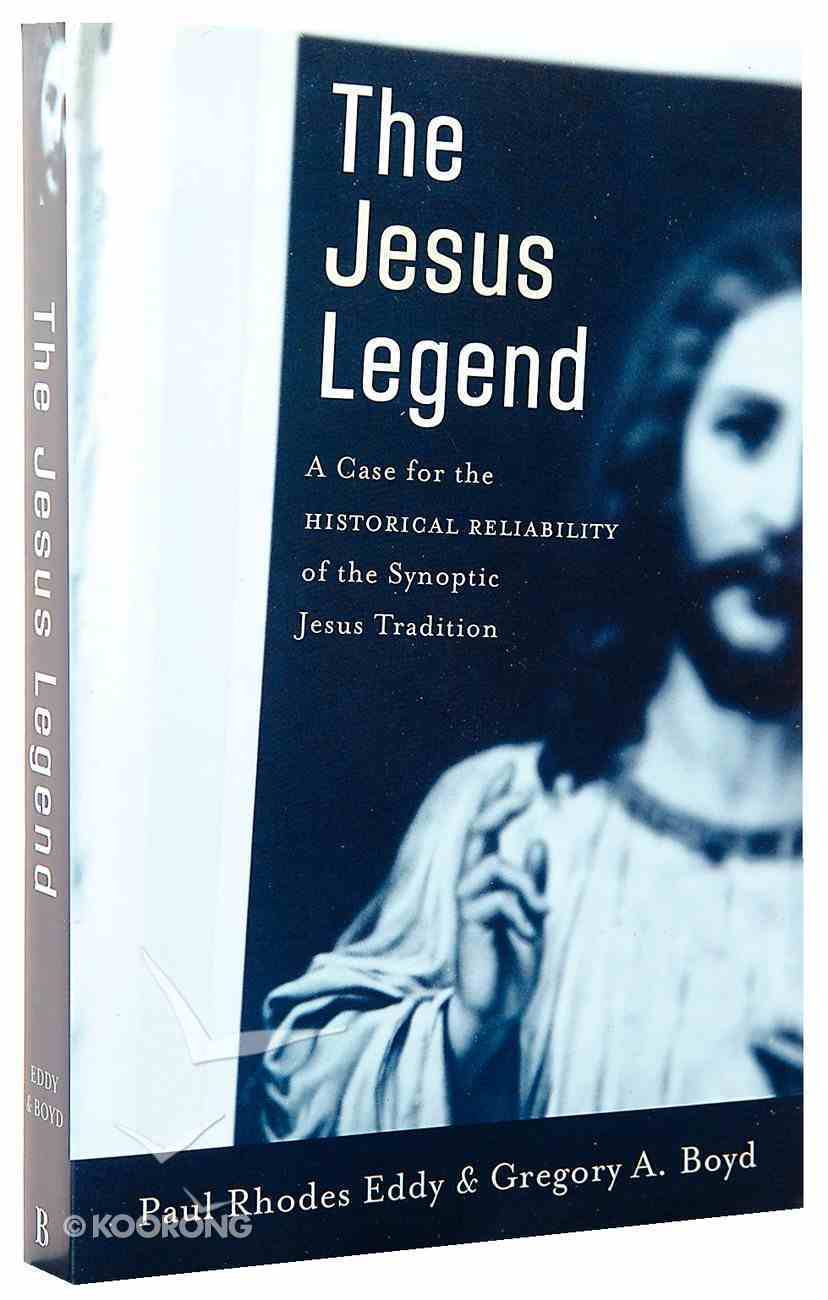 Much New Testament scholarship of the last 200 years has seen fit, to one degree or another, to relegate the Jesus tradition as recorded in the Gospels to the realm of legend, i.e., to the realm of fiction. But is...

The Life of a Galilean Shaman
Pieter F Craffert
eBook

Much New Testament scholarship of the last 200 years has seen fit, to one degree or another, to relegate the Jesus tradition as recorded in the Gospels to the realm of legend, i.e., to the realm of fiction. But is this really what the evidence points to? By drawing together recent scholarship from a variety of fields, including history, anthropology, ethnography, folklore, and New Testament studies, Paul Eddy and Gregory Boyd show that the evidence actually supports--rather than refutes--the historical reliability of the Gospels and the existence of Jesus.

After first presenting the cumulative case argument for the 'legendary Jesus' thesis, the authors proceed to dismantle it and seriously bring into question its viability. In the process, they range through issues such as the historical-critical method, form criticism, oral tradition, the use of non-Christian sources, the writings of Paul, and the Hellenization of Judaism. They come to the conclusion that the view of Jesus embraced by the early church was 'substantially rooted in history.' Here is an important book in the field of Jesus studies, with potential textbook use in courses in New Testament studies and apologetics.
-Publisher.

Even mature Christians have trouble defending the person and divinity of Christ. The Jesus Legend builds a convincing interdisciplinary case for the unique and plausible position of Jesus in human history. He was real and his presence on the planet has been well-documented. The authors of the New Testament didn't plant evidence, though each writer did tell the truth from a unique perspective. This book carefully investigates the Gospel portraits of Jesus--particularly the Synoptic Gospels--assessing what is reliable history and fictional legend. The authors contend that a cumulative case for the general reliability of the Synoptic Gospels can be made and boldly challenge those who question the veracity of the Jesus found there.
-Publisher

"Eddy and Boyd provide a clearly written, carefully researched, and powerfully argued defense of the historical reliability of the Synoptic Gospels. What makes this book noteworthy is the careful treatment of underlying issues in historical methodology and philosophy. A pleasure to read and a wonderful resource for those who have encountered troubling skeptical claims about the Gospels."--C. Stephen Evans, University Professor of Philosophy and Humanities, Baylor University"I am gratified that my friends and colleagues Paul Eddy and Greg Boyd have taken my work as seriously as they have in this comprehensively researched book. Bravo for their repudiation of any bias of philosophical naturalism! Amen to their urging that the burden of proof is on whomever would reject any bit of gospel tradition as unhistorical. Other than this, I would dispute almost every one of their assertions--but that is why I recommend the book! What can you learn if you only reinforce your own viewpoint? I urge any reader of my books to read this one alongside them!"--Robert M. Price, professor of biblical criticism, Center for Inquiry Institute, and fellow of the Jesus Seminar"A most welcome survey and critique of modern-day imaginative reconstructions of the rise of Christianity that attempt to justify faith in the presupposition of a non-supernaturalistic Jesus. . . . Well-written and organized, containing a masterful command of the literature. Eddy and Boyd show the difference between an open historical investigation of the life of Jesus and much of today''s fictional writing that claims to be historical research concerning the origin of Christianity. A very useful introduction for college and seminary students."--Robert H. Stein, senior professor of New Testament interpretation, The Southern Baptist Theological Seminary"Eddy and Boyd have provided a thoroughly compelling cumulative argument--one of the very best available--for the reliability of the Synoptic Jesus tradition. Their book constitutes a superb treatment of the various issues, involving both fresh research and a brilliant synthesis of material from a variety of relevant disciplines (philosophy, anthropology, historiography, as well as New Testament, early Judaism, and Greco-Roman antiquity). It is far better argued and documented than the works of the vast majority of the skeptics it challenges."--Craig S. Keener, professor of New Testament, Palmer Seminary"Misinformation about the historical Jesus and the reliability of the New Testament Gospels runs rampant in the twenty-first century. Some of this comes from eccentric or flawed scholarship; some from purely fictitious novels. Eddy and Boyd have surveyed technical and popular writing alike, in meticulous detail, and present what can be concluded responsibly about the trustworthiness of the Synoptic Gospels and the portraits of Jesus they contain. They compile a detailed and erudite case that supports Christian faith, but without the simplistic and unwarranted generalizations that one often hears in grassroots evangelical circles. Highly recommended!"--Craig L. Blomberg, distinguished professor of New Testament, Denver Seminary"This is one of the most important books on methodological issues in the study of Jesus and the Gospels to have appeared for a long time. It deserves to be widely read."--Richard Bauckham, professor of New Testament studies and Bishop Wardlaw Professor, St. Mary''s College, University of St. Andrews"The Jesus Legend is the best book in its class. Authors Eddy and Boyd demonstrate mastery of the disciplines essential for critical assessment of the Gospels and competent investigation of the historical Jesus. Again and again they expose the dubious assumptions and underpinnings of the theories proffered by those who assume that Jesus either did not exist or that the New Testament Gospels give us little more than myth and legend. I recommend this book in the highest terms."--Craig A. Evans, Payzant Distinguished Profes
-Publisher

Paul R. Eddy (Ph.D., Marquette University) is Professor of Theology at Bethel University in St. Paul, Minnesota. His books include John Hick's Pluralist Philosophy of World Religions (Ashgate), Across the Spectrum: Understanding Issues in Evangelical Theology (with Gregory A. Boyd, Baker), Divine Foreknowledge: Four Views and The Nature of the Atonement (both with James Beilby and from IVP), and most recently Lord or Legend? Wrestling with the Jesus Dilemma and The Jesus Legend: A Case for the Historical Reliability of the Synoptic Jesus Tradition (both with Gregory A. Boyd and from Baker).

Gregory A. Boyd (Ph.D., Princeton Theological Seminary) is a pastor at Woodland Hills Church in St. Paul, Minnesota. Previously, he was a professor of theology at Bethel College, also in St. Paul. His books include Cynic, Sage or Son of God?, Recovering the Real Jesus in an Age of Revisionist Replies, Letters from a Skeptic, God of the Possible, Repenting of Religion, Seeing is Believing, Escaping the Matrix, Is God to Blame?, and God at War and Satan and the Problem of Evil.