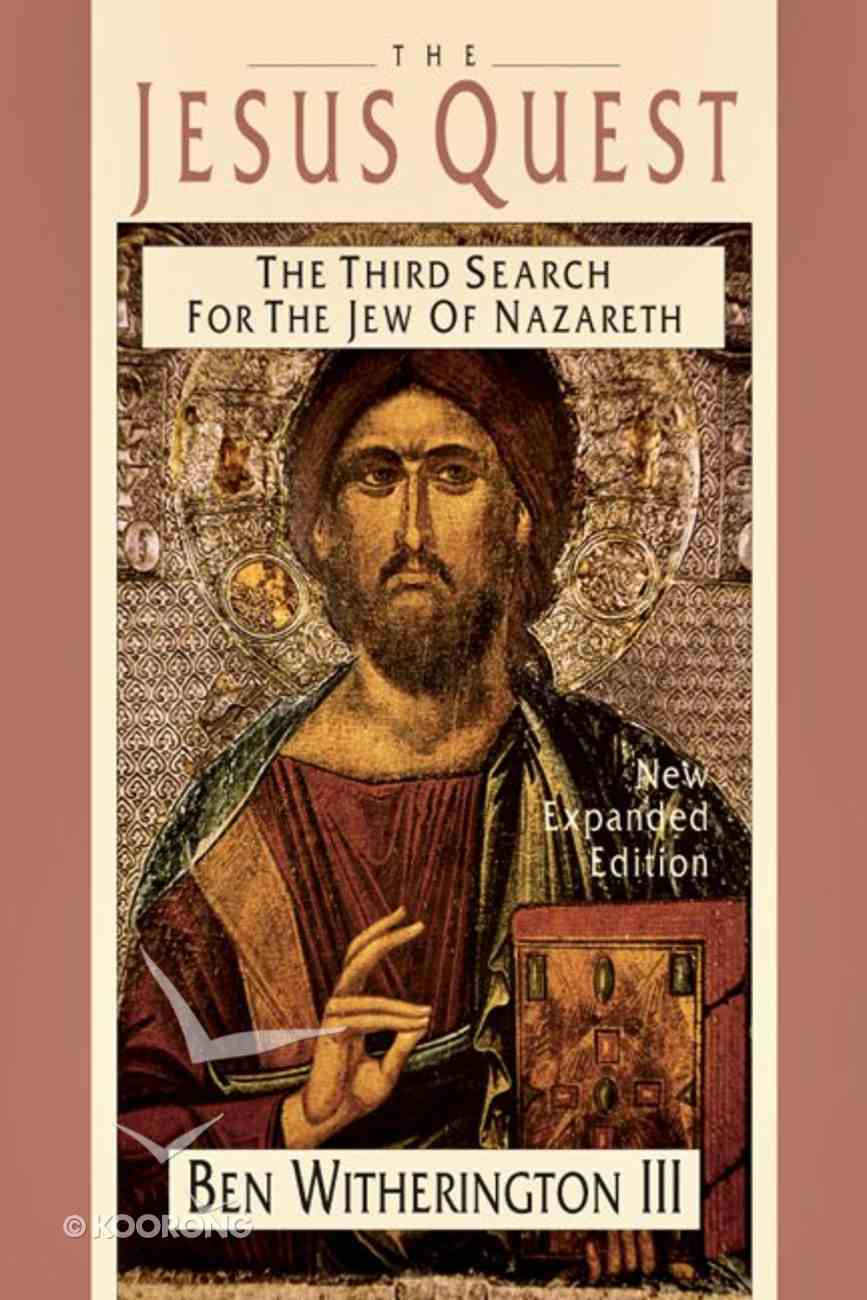 Voted one of Christianity Today's 1996 Books of the Year! In recent years Jesus' time, place and social setting have received renewed scholarly attention. New research on the Dead Sea Scrolls and other Jewish and Hellenistic texts has resulted...

What Have They Done With Jesus?
Ben Witherington Iii
eBook

The Story of the Christ
Scot McKnight
Paperback

The Life of Jesus: A Simple Narrative
Warren Ravenscroft
Paperback

Voted one of Christianity Today's 1996 Books of the Year!

In recent years Jesus' time, place and social setting have received renewed scholarly attention. New research on the Dead Sea Scrolls and other Jewish and Hellenistic texts has resulted in a surge of new images of Jesus and new ideas about his ministry. Dubbed the Third Quest for the historical Jesus, this recent effort is a transformation of the first quest, memorialized and chronicled by Albert Schweitzer, and the second quest, carried out in the 1950s and 1960s in the wake of extreme Bultmannian skepticism.

The controversial works of John Dominic Crossan, Marcus Borg and Burton Mack, and the results of the Jesus Seminar have been thrust upon the public by publicists and media as the voices of learned consensus. Meanwhile, at the center of the scholarly investigation of Jesus, a less celebrated but certainly no less informed majority rejects many of the methods and conclusions of those who have captured the limelight.

In The Jesus Quest Ben Witherington, a participant in the Quest, offers the first comprehensive determination and assessment of what scholars are really saying about Jesus. In addition to the views of Crossan, Borg and Mack, he presents and interacts with the work of important scholars such as Geza Vermes, E. P. Sanders, Gerd Theissen, Richard Horsley, John P. Meier, N. T. Wright and Elisabeth Schssler Fiorenza, as well as outlining his own understanding of Jesus as sage. Here is an indispensable survey and assessment of the most significant religious scholarly debate of the 1990s.

Now with a lengthy new postscript, the new paperback edition of this widely praised book updates you on the continuing saga of the Third Quest for the historical Jesus.
-Publisher

In recent years, John Dominic Crossan, Marcus Borg, and Burton Mack have sparked controversy with their conclusions on the historical Jesus. Professor Witherington, in this popular critical review, presents the work of E.P. Sanders, N.T. Wright, and other noted scholars to give a clear, balanced understanding of the debate.
-Publisher

Ben Witherington III (Ph.D., University of Durham, England) is Amos Professor of New Testament for Doctoral Studies at Asbury Theological Seminary in Wilmore, Kentucky, and is on the doctoral faculty at the University of St. Andrews in Scotland
He is the author of many books on the New Testament, including Women and the Genesis of Christianity (Cambridge University Press); Jesus the Sage (Fortress Press); The Jesus Quest (InterVarsity Press) and The Paul Quest (InterVarsity Press). With Hershel Shanks he is coauthor of The Brother of Jesus (HarperSanFrancisco), a book on the controversial James ossuary. A frequent contributor to Beliefnet.com, Witherington has also appeared on numerous TV news programs such as Dateline, 60 Minutes, 20/20 and the Peter Jennings ABC special Jesus and Paul--The Word and the Witness.


Dr Witherington has written a commentary on every book of the New Testament in a wide variety of series.

How God Became King: Getting to the Heart of the Gospels
Tom Wright
Paperback