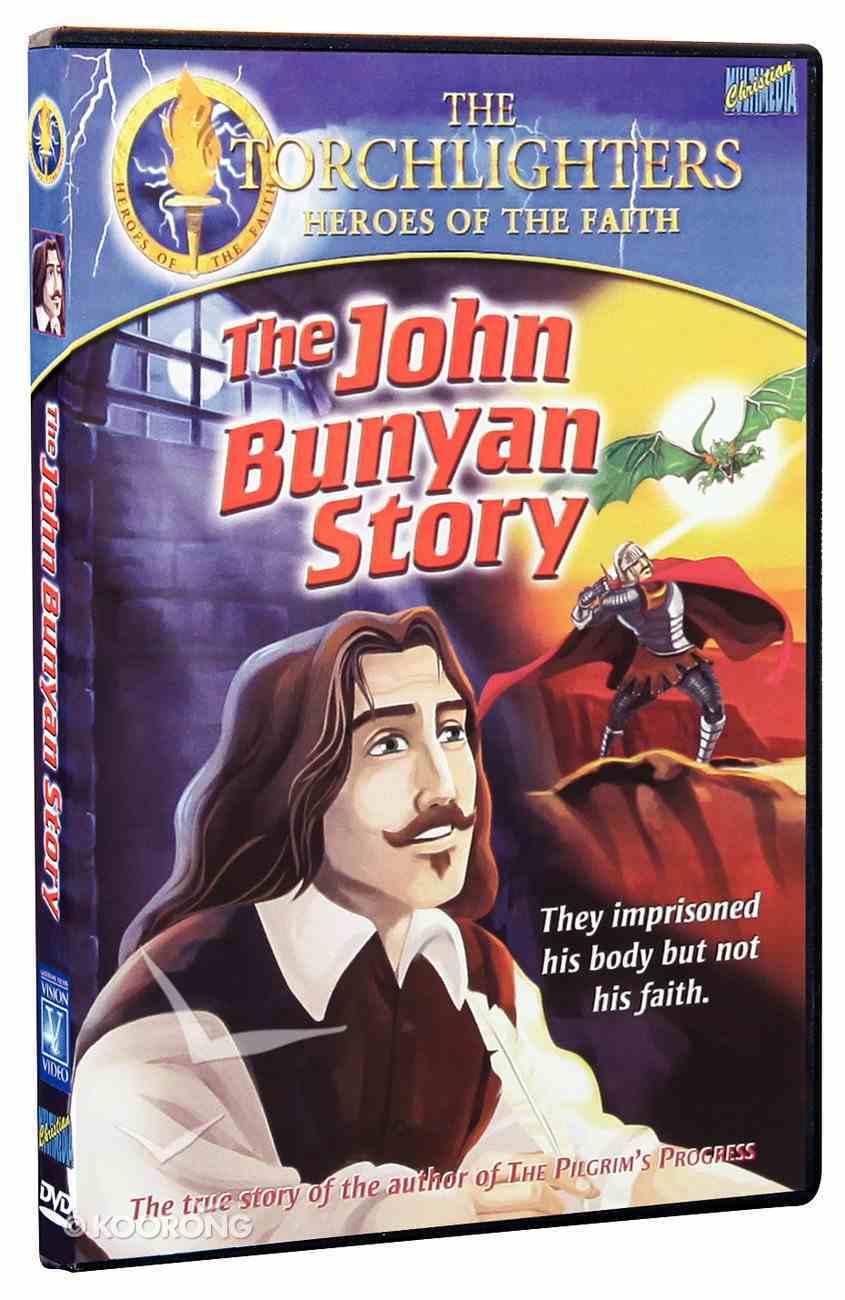 The John Bunyan Story (Torchlighters Heroes Of The Faith Series)

Short Description: John Bunyan spends his days in prison, separated from his wife and children. Living in the cold, stone cell is the price he pays for going against the established state religion. If only he would agree to stop...

Short Description:
John Bunyan spends his days in prison, separated from his wife and children. Living in the cold, stone cell is the price he pays for going against the established state religion. If only he would agree to stop preaching, John could walk out a free man! Why does he choose to stay in jail, and how will he serve his Lord in this wretched place?


John Bunyan is a hard-working family man. As a tinker, he goes from town to town, mending pots and pans for all who will pay. He's put aside the pranks of youth and his rough days as a soldier and is trying hard to live a good clean life. No cursing, no fighting and no stealing! But despite all his efforts, John can't free himself from a heavy burden of guilt. Fear of eternal damnation haunts him day and night. Finally, a chance meeting helps John to understand that he must hand his sin over to the One who can carry the load. Once he's free of the burden of guilt, John is like a new man. Nothing can stop him from sharing the good news of salvation with others. Before long, this uneducated tinker is preaching to crowds that are hungry for solid spiritual food.

There's just one problem. Preaching outside of the official church is illegal in England in 1660. When the authorities learn of the tinker-preacher and the large crowds coming to hear him, they draw up the necessary papers and send their officers to do the dirty work. If Bunyan preaches even one sentence, he will be arrested and thrown into prison. With his wife, his children and his congregation watching, John Bunyan steps to the pulpit. With a glance toward the waiting officers and their arrest warrant, Bunyan takes a deep breath and begins his sermon. He would rather follow his calling and suffer the consequences than cower in fear as a free man.

Once in prison, John's ministry continues in a new way. The man with little education and much personal grief uncovers a distinct talent for writing. After completing several non-fiction books, John begins the most important work of his life. The Pilgrim's Progress follows the struggle of a Christian pilgrim to stay true to his beliefs, avoid temptations, and remain on the narrow path to reach heaven. Published in 1678, this book's description of Christianity as a journey containing both highs and lows has impacted countless millions of people. After the Bible, it has been the most circulated Christian work of all time. John Bunyan's life was filled with challenges and victories. No matter what his circumstances, this torchlighter followed God to the fullest. Like the main character in his book, Bunyan used all his gifts and resources to press on through thick and thin. His message still rings true today.

Miracles of Jesus, the - True Miracles Come Only From God (#09 in Superbook DVD Series Season 01)
DVD