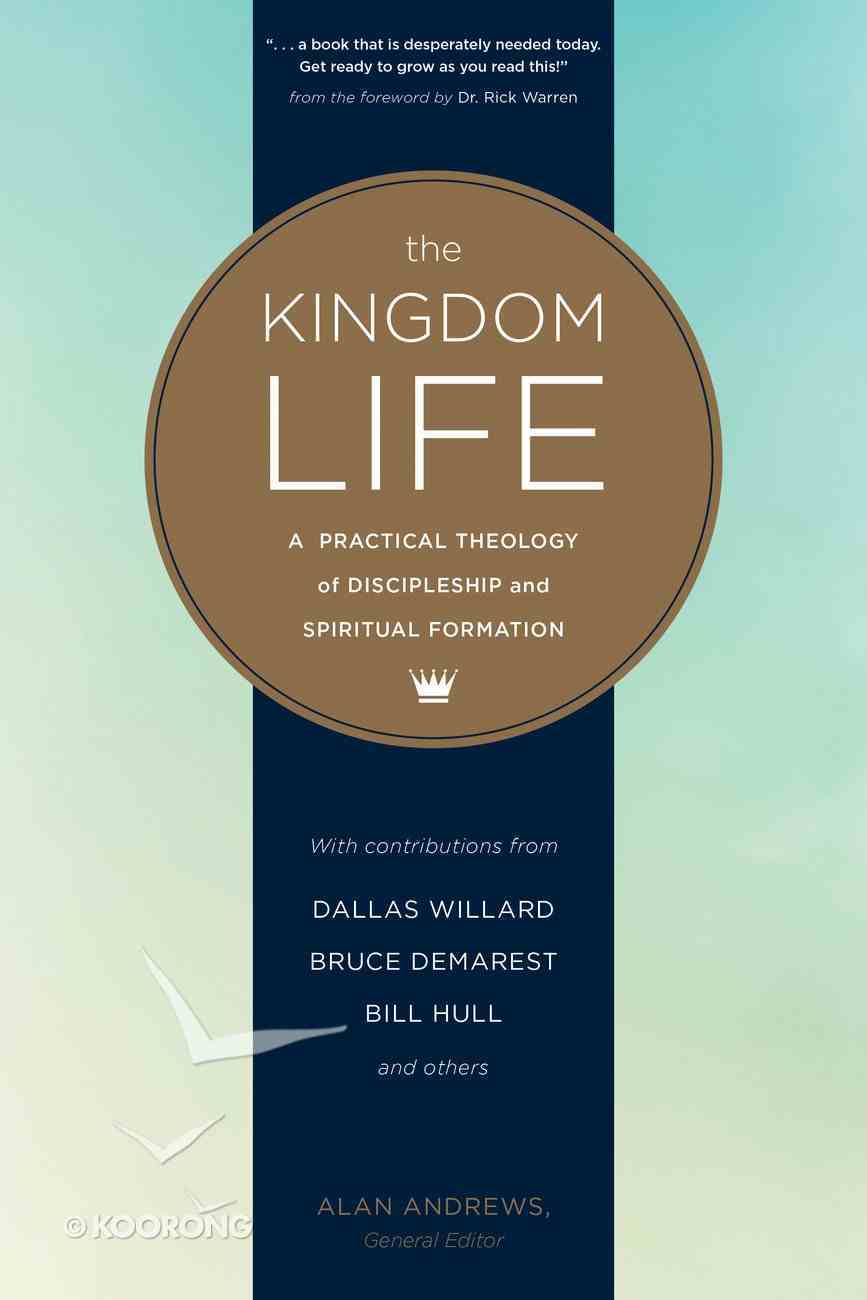 The Kingdom Life: A Practical Theology of Discipleship and Spiritual Formation

:For six years, spiritual formation leaders such as Dallas Willard, Bruce Demarest, and Bill Hull came together with other colleagues to create a collection of wisdom and honest personal revelation in the areas of discipleship and spiritual formation. The result...

:For six years, spiritual formation leaders such as Dallas Willard, Bruce Demarest, and Bill Hull came together with other colleagues to create a collection of wisdom and honest personal revelation in the areas of discipleship and spiritual formation. The result is The Kingdom Life, a book that offers a fresh approach to the spiritual disciplines through a three-pronged focus on transformation, community, and outreach. Connect in a unique way with God and His kingdom by understanding how He sees grace and doctrine, brokenness and obedience, outreach and justice.

Includes seven highly practical ?process? chapters as well as three theological chapters on the Trinity, the Scriptures, and the Holy Spirit.
-Publisher

Keith Meyer (D.Min., Trinity Evangelical Divinity School)) has served three churches as senior pastor and as the executive pastor at Church of the Open Door. He is an adjunct professor at Denver Seminary and is a senior teaching fellow with the Renovar Spiritual Formation Institute. He is one of the authors of The Kingdom Life: A Practical Theology of Discipleship and Spiritual Formation (NavPress); and Whole Life Transformation: Becoming the Change Your Church Needs
Meyer is also a speaker, teacher, and retreat leader through his organization, Becoming the Change Ministries. He provides individualized coaching for the personal formation of pastors and leaders and consults with staff teams, churches and Christian organizations for developing corporate plans for becoming communities of formation and mission. He also provides training for leaders to develop plans of regular soul care for themselves, their staff and congregations.

Bill Hull's efforts as a pastor and writer have been focused on being a disciple and making disciples. He has written several groundbreaking books for leaders and churches. Bill and his wife, Jane, have been married since 1969 and are the parents of two grown sons.