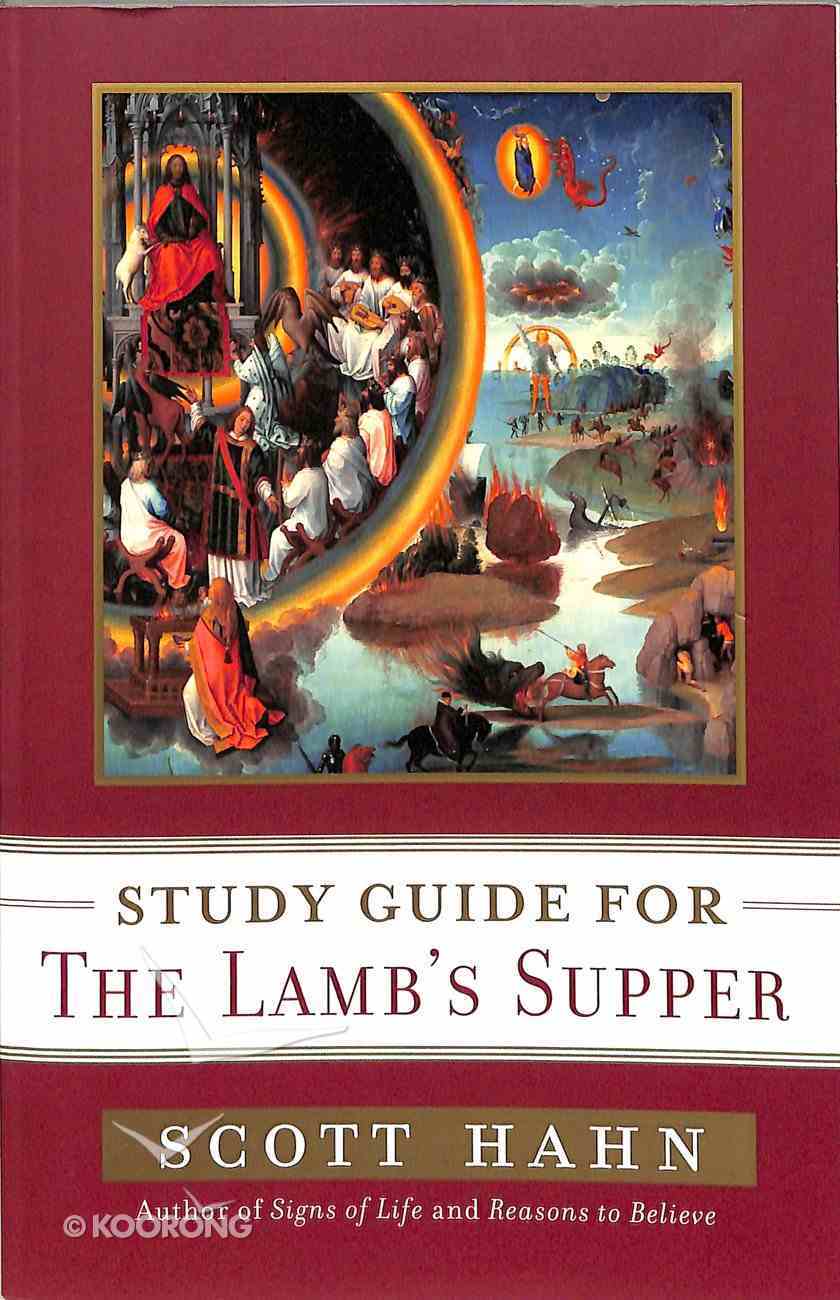 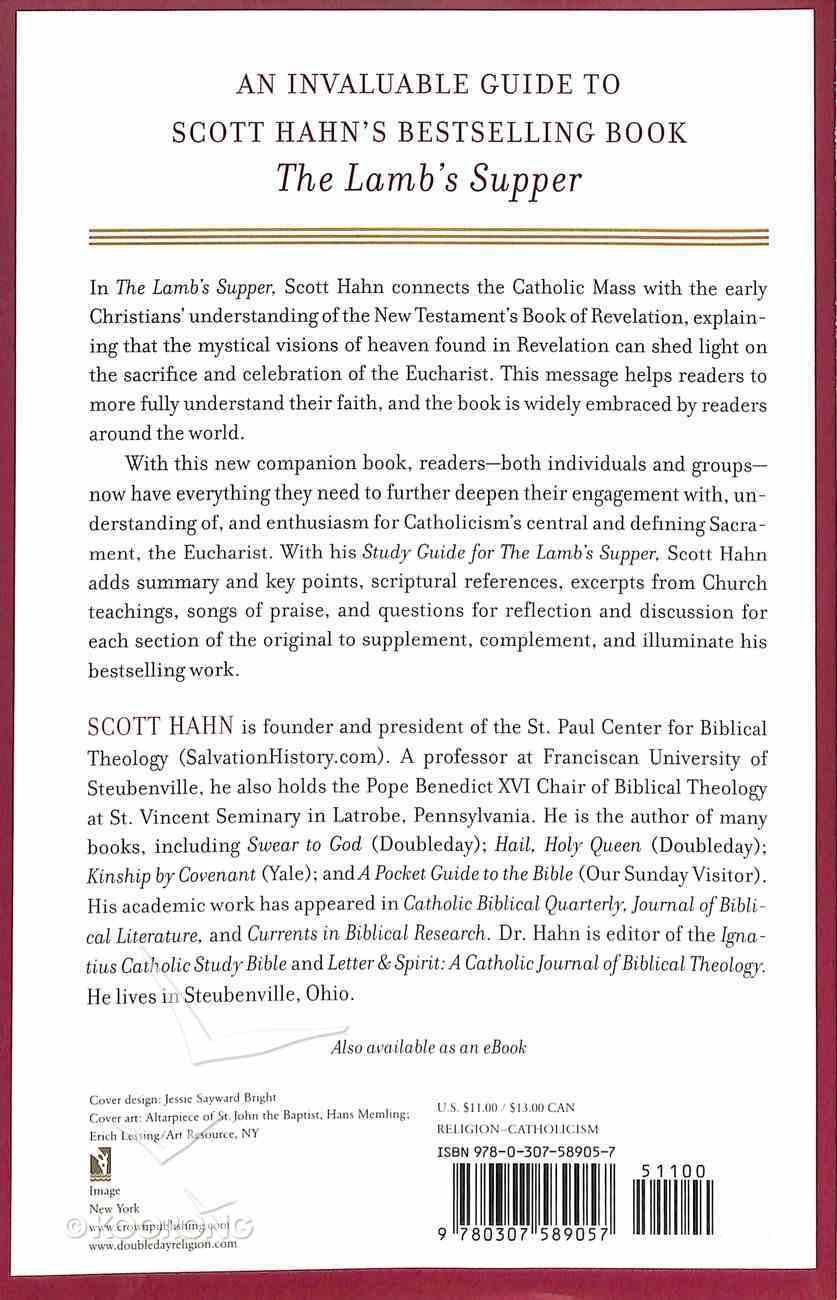 In "The Lamb's Supper, " Scott Hahn connects the Catholic Mass with the early Christians' understanding of the New Testament's Book of Revelation, explaining that the mystical visions of heaven found in Revelation can shed light on the sacrifice and...

The Kingdom of God as Liturgical Empire
Scott Hahn
Paperback

A Simplified Guide to Worshiping as Lutherans
James A Waddell
eBook

In "The Lamb's Supper, " Scott Hahn connects the Catholic Mass with the early Christians' understanding of the New Testament's Book of Revelation, explaining that the mystical visions of heaven found in Revelation can shed light on the sacrifice and celebration of the Eucharist. This message helps readers to more fully understand their faith, and the book is widely embraced by readers around the world.
With this new companion book, readers--both individuals and groups--now have everything they need to further deepen their engagement with, understanding of, and enthusiasm for Catholicism's central and defining Sacrament, the Eucharist. With his "Study Guide for The Lamb's Supper, " Scott Hahn adds summary and key points, scriptural references, excerpts from Church teachings, songs of praise, and questions for reflection and discussion for each section of the original to supplement, complement, and illuminate his bestselling work.
-Publisher

&bull;It is important that we conduct our study with a proper sense of the sacraments.

At my invitation, Father Benedict Groeschel wrote a foreword to The Lamb&rsquo;s Supper. Father Benedict approaches the subject of the book from a very different perspective. He is a priest and I&rsquo;m a layman. Father Benedict is a &ldquo;cradle Catholic&rdquo; and I&rsquo;m a convert. Yet we converge upon a common faith; and, for very different reasons, we see a clear relationship between three realities that many people see as distinct or even unrelated: the Mass, the end times, and the Book of Revelation.

Father Benedict emphasizes the contrast between his own experience and mine. For me, the book is all about exciting &ldquo;discoveries&rdquo; I made in my studies. For him, the book is about an everyday reality he has known since he was an altar boy. These elucidations are not a novelty to him, but rather what he has &ldquo;thought about the Eucharist for decades.&rdquo;

Father Benedict also emphasizes certain things that are distinctive about Catholic doctrine and practice. He refuses, for example, to classify the Mass as a religious &ldquo;service,&rdquo; preferring terms such as &ldquo;Divine Liturgy&rdquo; instead. Similarly, he speaks of his own priesthood as a share in the priesthood of Christ, who is our only true priest.

He is especially concerned with the &ldquo;sacramental&rdquo; quality of the Church&rsquo;s worship. According to tradition, a sacrament is an outward sign, instituted by Christ and entrusted to the Church. Through signs that can be perceived by the senses, the sacraments bestow divine grace.

Father Benedict notes that many people are disturbed by the prospect of the end of time, but he is himself at ease with the possibility of its fulfillment in his lifetime or its indefinite delay.

Along the way, he introduces us to certain key terms, such as eschatology, the Church&rsquo;s doctrine of the end of time. He encourages us to study &ldquo;carefully&rdquo; and &ldquo;learn.&rdquo;

Catechism of the Catholic Church, n. 2642: The Revelation of &ldquo;what must soon take place,&rdquo; the Apocalypse, is borne along by the songs of the heavenly liturgy but also by the intercession of the &ldquo;witnesses&rdquo; (martyrs). The prophets and the saints, all those who were slain on earth for their witness to Jesus, the vast throng of those who, having come through the great tribulation, have gone before us into the Kingdom, all sing the praise and glory of him who sits on the throne, and of the Lamb. In communion with them, the Church on earth also sings these songs with faith in the midst of trial. By means of petition and intercession, faith hopes against all hope and gives thanks to the &ldquo;Father of lights,&rdquo; from whom &ldquo;every perfect gift&rdquo; comes down. Thus faith is pure praise.

(To the tune of &ldquo;For the Beauty of the Earth&rdquo;)

Bring me eyes your book to read,

Ears the mystic words to hear,

Words which did from you proceed,

Kept in an obedient heart.

All who read, or hear, are blessed,

If your plain commands we do;

Of your kingdom here possessed,

You we shall in glory view

When you come on earth to abide,

Reign triumphant at your side.

Questions for Reflection and Discussion

1.Before reading this book, had you ever connected the Mass with the end times and the Book of Revelation? Had anyone ever made the connection for you?

2.How, do you think (or would you guess), are these three things related?

3.Is your own experience of the Mass closer to that of Father Benedict Groeschel or that of the author of this book? Or does your experience share elements of both? Explain your answer.

4.How do you feel about the possibility of the world ending? What hopes or fears does it arouse in you?

5.What, do you think, separates a sacrament from a mere &ldquo;service&rdquo; of the sort Father Benedict mentions?

6.What will you look for in your study of &ldquo;the end times&rdquo;&mdash;your study of eschatology? What are your interests, concerns, expectations, or worries about the climax of history?

7.Have you ever had an experience at Mass that you considered a glimpse or foretaste of heaven? Has anyone you know had such an experience?

Songs of the Saints: Enriching Our Singing By Learning From the Songs of Scripture
Rob Smith, Mike Raiter
Paperback

Truth We Can Touch: How Baptism and Communion Shape Our Lives
Tim Chester, Sinclair B Ferguson (Fwd)
Paperback