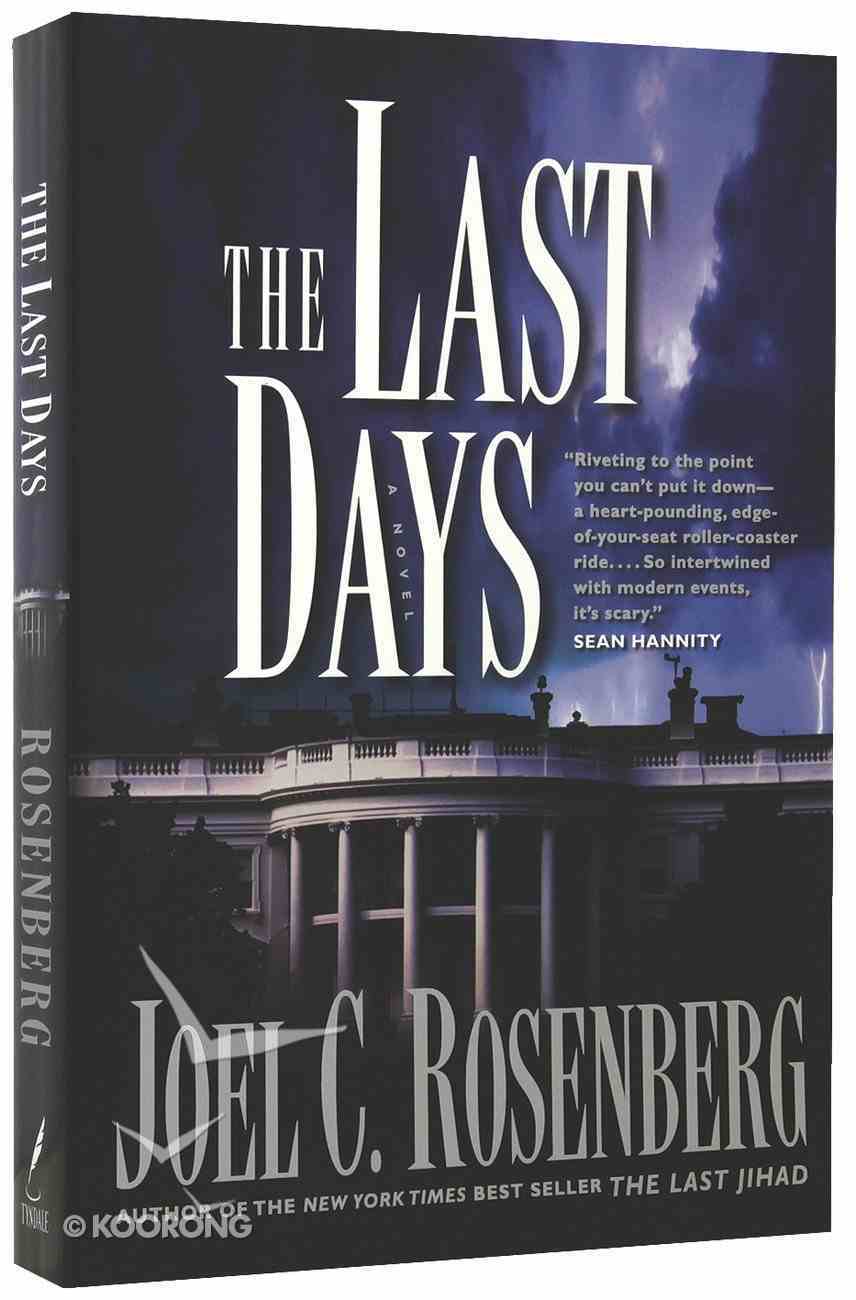 The Last Days (#02 in The Last Jihad Series)

Osama bin Laden is dead. Saddam's regime is buried. Baghdad lies in ruins. Now the eyes of the world are on Jon Bennett and Erin McCoy, two senior White House advisors, as they arrive in the Middle East to offer...

The Invested Life: Making Disciples of All Nations One Person At a Time
Joel C Rosenberg
Paperback

Osama bin Laden is dead. Saddam's regime is buried. Baghdad lies in ruins. Now the eyes of the world are on Jon Bennett and Erin McCoy, two senior White House advisors, as they arrive in the Middle East to offer a historic Arab-Israeli peace plan and the American president's new vision of freedom and democracy. But in the shadows lie men whose hearts are filled with evil - men for whom the prospects of peace go against everything they believe. And soon, one terrifying scheme after another begins to unfold:
An Iranian plot to send suicide bombers into the U.S. through Mexico
A Palestinian plot to assassinate the prime minister of Israel
A Jewish plot to blow up the Dome of the Rock.

With over 400,000 copies in print, this "New York Times" best-seller opens with White House advisors Jon Bennett and Erin McCoy heading into Gaza when their convoy is attacked by a massive explosion. Soon, Yassir Arafat is dead, Islamic radicals are trying to take over the West Bank and Gaza, Iraqi terrorists are targeting Americans, and Bennett begins to wonder if he is witnessing signs of the last days before the return of Christ. Since "The Last Days" was first published, Arafat has died and Hamas has taken over the Palestinian Authority.
-Publisher