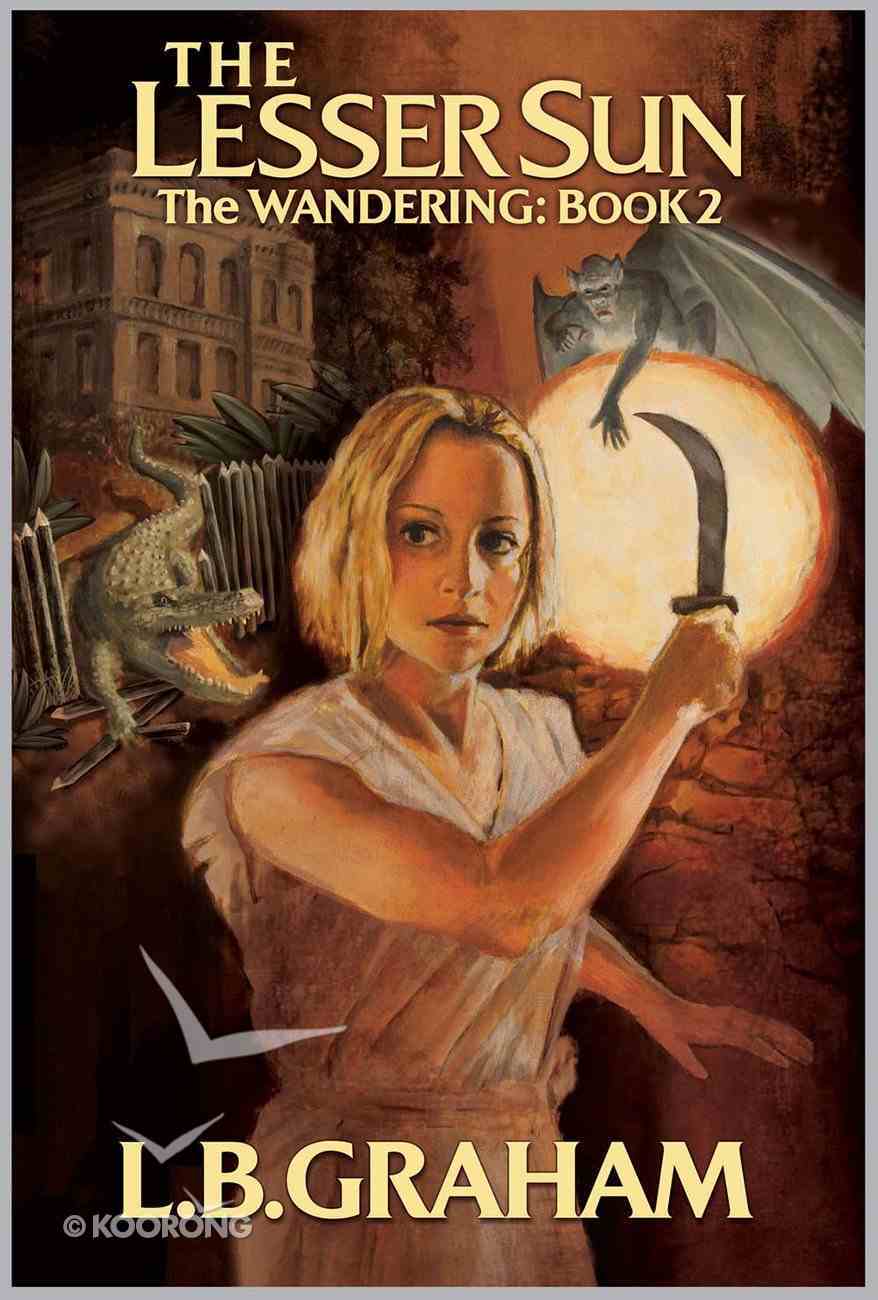 The Lesser Son (#02 in Wandering Series)

:The Lesser Sun opens almost three years after the collapse of Barra-Dohn. Kaden Omiir, once the crown prince of a mighty empire, is now an apprentice to the Amhuru, the nomadic keepers and protectors of the Golden Cord. He and...

:The Lesser Sun opens almost three years after the collapse of Barra-Dohn. Kaden Omiir, once the crown prince of a mighty empire, is now an apprentice to the Amhuru, the nomadic keepers and protectors of the Golden Cord. He and his family and the others who survived the city's fall with them are now traveling with Tchinchura '– who bears the last Southland fragment of the Golden Cord that is still in Amhuru hands '– in search of any information that will help them in their struggle against the Jin Dara. Their journey leads them to a mysterious island where the inhabitants have lived in a cave as prisoners for years during the daytime, for terrible creatures called Gorgaal rule the daylight. Here on this island, they finally learn something of the origin of the Jin Dara, and equipped with that disturbing knowledge, they return to Azandalir, the home of the Southland Amhuru. When an Amhuru mission to defeat the Jin Dara and retrieve the fragments of the Golden Cord he has stolen fails, the Southland Amhuru must decide on a new course of action. One daring possibility involves crossing the Madri into the Northlands in search of help, even though ancient Amhuru law forbids any Amhuru to do so. They know that if they go, they will be hunted by their own people for breaking this law, but in the end, they decide this is a risk they must run, for the final Southland fragment must be protected and the Northland Amhuru must be warned. As the menace of the Jin Dara grows and the crisis facing the Amhuru deepens, Kaden and his son Deslo must also adapt to their new role in service to the Amhuru. And, while the world around them threatens to unravel and fall apart, Kaden works to continue the process of knitting his own family back together. All the while, a seed of treachery is growing in their midst, as The Wandering continues'
-Publisher

In the great Christian fantasy tradition of Tolkien, Lewis, and Lawhead, L B Graham has created an epic saga that transports readers to otherworldly realms, where dark powers imperil all that's good, fair, and true! When not dreaming up enchanting new lands, Graham teaches English and worldview studies at Westminster Christian Academy, in the US. He and his wife, Joanne, have two children.