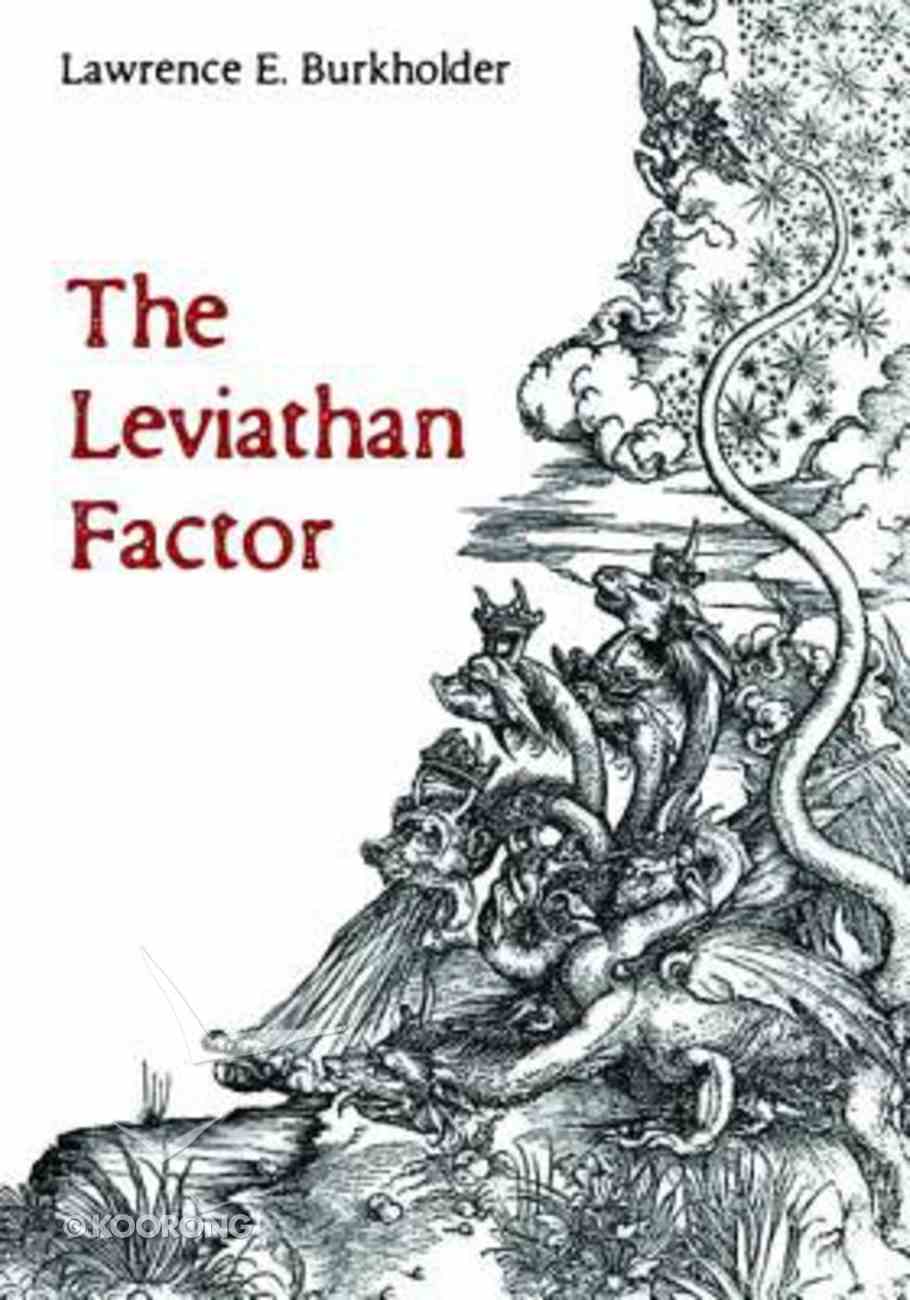 The Leviathan Factor tells the incredible story of how Satan, created as Lucifer the morning star, self-transformed into Leviathan, God's serpentine arch foe. When he tried to achieve immortality by tweaking creation's lowest-level laws (a sophisticated computer/automaton) he created death...

Armed and Dangerous: The Ultimate Battle Plan For Targeting and Defeating the Enemy
John Ramirez
Paperback

Christian Deliverance #04: We All Have Our Demons!
Peter Hobson
Paperback

The Leviathan Factor tells the incredible story of how Satan, created as Lucifer the morning star, self-transformed into Leviathan, God's serpentine arch foe. When he tried to achieve immortality by tweaking creation's lowest-level laws (a sophisticated computer/automaton) he created death instead. As the serpent he reappeared in the Genesis tree of good and evil, where he seduced humans to attempt immortality apart from covenant with God. Leviathan is responsible for the false belief that we each have an inner divine spark which, when reconnected to our ego, awakens our true inherent divinity. Unfortunately he and his demonic spirits also impact our minds, bodies, and environment as psi. A few of the many markers of these demonic psi are levitation, telepathy, telekinesis, deja vu, emotional oppressions, poltergeist activities, past lives' --memories, -- voices and visions, near death and out-of-body experiences, and trance channeling. Many of these psi phenomena are co-factors in mind disorders such as schizophrenia or epilepsy. Manifestations in Christian circles include false tongues and --holy-- laughter. The Leviathan Factor is not a healing how-to. It is the first book to place demonic evil into the context of creation's basic structures and laws. --Burkholder stretches the bounds of imagination in this bold exploration of the nature of evil. In his argument for the ontological reality of Leviathan (Satan), in contrast to both materialism and neo-gnosticism, he engages a vast range of well-researched topics: ancient literature, philosophy, psychology, neuroscience, information theory, chaos-complexity theory, new-age religions, and charismatic Christianity. The Leviathan Factor is a fascinating and provocative read.-- --E. Janet Warren, Family Physician; President, the Canadian Scientific and Christian Affiliation; Author, Cleansing the Cosmos: A Biblical Model for Conceptualizing and Counteracting Evil --The Leviathan Factor is one of the most unusual, engaging books I have read in a very long while. Burkholder displays an astounding breadth of knowledge as he ... boldly constructs a plausible account of how the existence of Satan helps explain evil in nature and society. Readers may not agree with everything Burkholder defends in this well-written and highly informative book (I did not), but I doubt anyone will fail to be impressed and challenged by the scope and depth of the case he makes.-- --Gregory A. Boyd, Senior Pastor, Woodland Hills Church; President, Reknew; Author, God At War and Satan and the Problem of Evil Lawrence E. Burkholder is an ordained Mennonite pastor, author, and independent scholar. He holds graduate degrees in history and theological studies. His academic publications have focused on the interfaces between science and paranormal psi, and demonic oppressions in people. This scholarly work has been enhanced by his pastoral counseling experiences in deliverance healing.
-Publisher

Armed and Dangerous: The Ultimate Battle Plan For Targeting and Defeating the Enemy
John Ramirez
Paperback