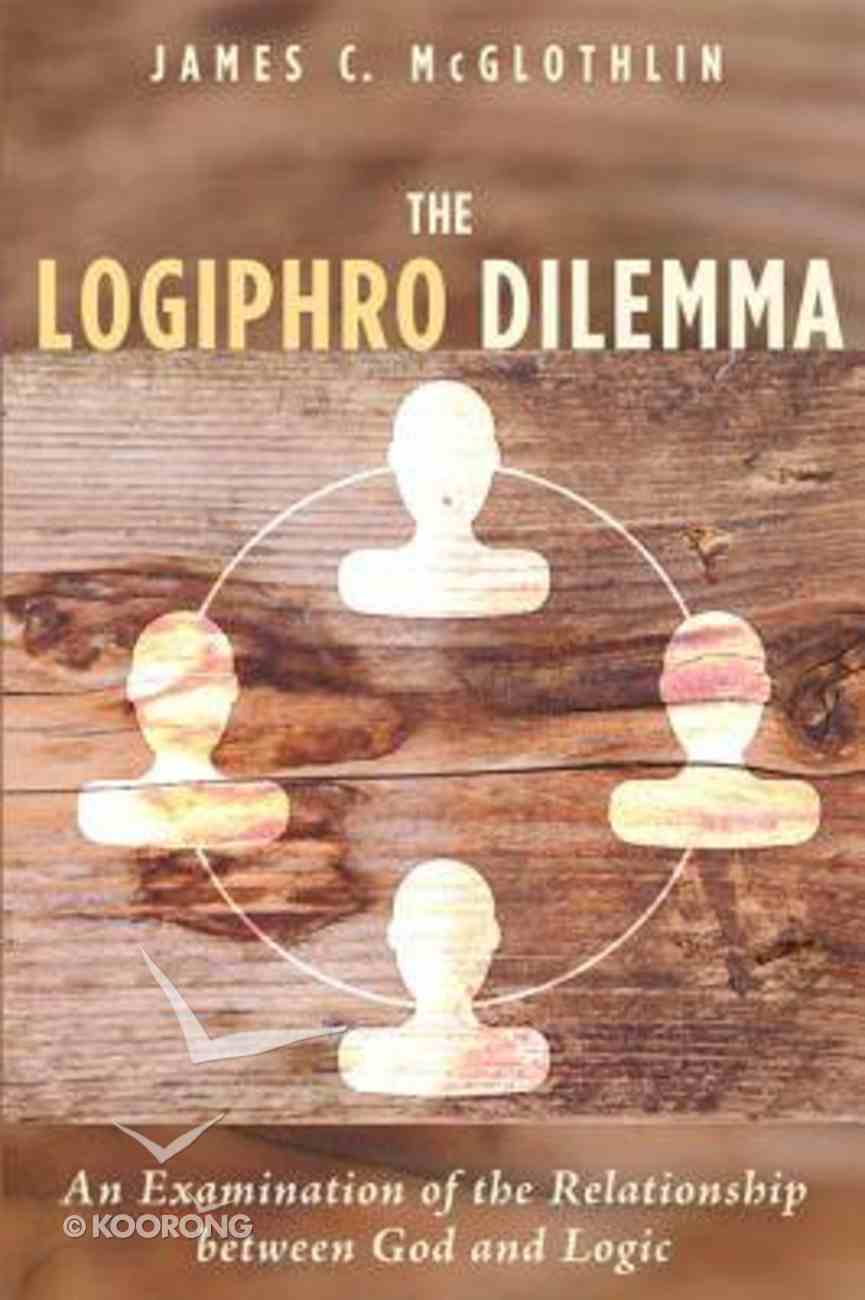 The Logiphro Dilemma: An Examination of the Relationship Between God and Logic

Is God above logic? If so, is he irrational? Is God subservient to logic? If so, is he really omnipotent? These questions are similar to Socrates' infamous challenge to explaining God's relation to morality, the so-called Euthyphro dilemma. In this...

Is God above logic? If so, is he irrational? Is God subservient to logic? If so, is he really omnipotent? These questions are similar to Socrates' infamous challenge to explaining God's relation to morality, the so-called Euthyphro dilemma. In this book McGlothlin argues that the Euthyphro challenge can be extended to help explain the relationship between God and logic, what he call the Logiphro dilemma. Logic, on this account, depends on aspects of God's mind other than God's will. This is a nonstandard form of theistic logical dependence. It contrasts both with the standard form of theistic logical dependence, according to which logic depends on God's will, and with theistic logical independence, according to which logic is independent of God. These rival views can be seen as the horns of the Logiphro dilemma: either logic depends on God's will, in which case special revelation would no longer be communicable; or logic is independent of God, in which case core claims of classical theism--for example, that God is the only independent being--would be violated. The best way to escape both of these horns, according to McGlothlin, is to adopt the nonstandard form of theistic logical dependence. ""For anyone interested in the knotty issue of God's relationship to logic, this book is a must-read. Historically informed and conversant with contemporary analytic philosophy of religion, McGlothlin argues that logical voluntarism, where valid arguments are valid because God wills it so, and logical non-voluntarism, where valid arguments are valid independent of God's will, are both problematic, failing to capture important aspects of the traditional theistic picture of the divine. Finding inspiration from Aquinas, Plantinga, and Welty, McGlothlin argues for a view he calls theistic conceptual logical realism. On this view, logical validity is dependent on God yet constrained by the divine nature and hence beyond God's control. I highly recommend this book as both an excellent introduction to contemporary philosophical theology and a helpful survey of the current state of the debate related to God and abstract objects."" --Paul M. Gould, Assistant Professor of Philosophy and Christian Apologetics, Southwestern Baptist Theological Seminary ""Applying the Euthyphro dilemma to the domain of logic, McGlothlin provides a provocative and original solution to the age-old question, is logic dependent upon or independent of God's will? In an incisive and clear analysis, which attempts to retain both God's independent being as well as the cogency of special revelation, McGlothlin develops an ingenious form of theistic logical dependence."" --T. M. Rudavsky, Department of Philosophy, the Ohio State University James C. McGlothlin is Assistant Professor of Philosophy and Christian Worldview at Bethlehem College & Seminary, Minneapolis.
-Publisher