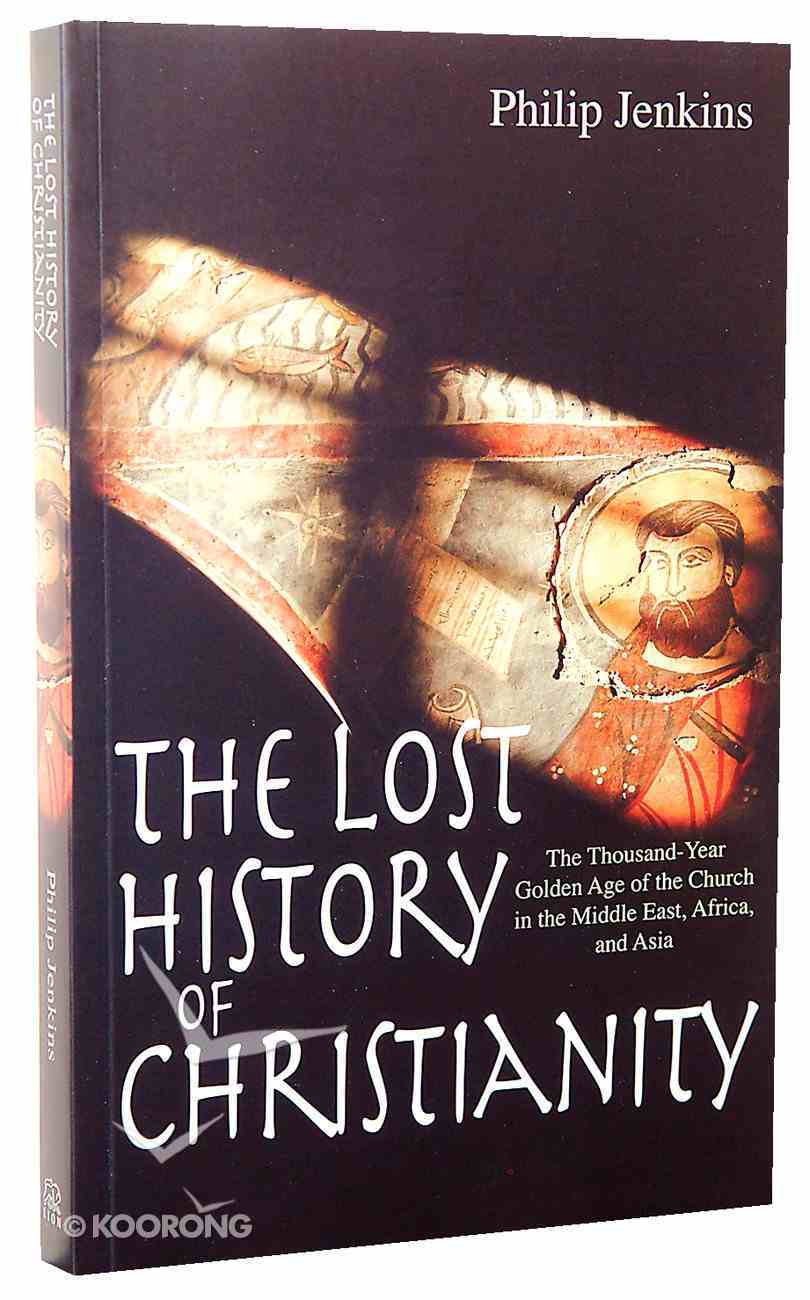 The Lost History of Christianity

In this groundbreaking book, renowned religion scholar Philip Jenkins offers a lost history, revealing that, for centuries, Christianity's center was actually in the Middle East, Asia, and Africa, with significant communities extending as far as China. The Lost History of...

3 available
Expected to ship within 13 hours from Australia.
Learn More
Free Shipping
for orders over $99.

In this groundbreaking book, renowned religion scholar Philip Jenkins offers a lost history, revealing that, for centuries, Christianity's center was actually in the Middle East, Asia, and Africa, with significant communities extending as far as China. The Lost History of Christianity unveils a vast and forgotten network of the world's largest and most influential Christian churches that existed to the east of the Roman Empire. These churches and their leaders ruled the Middle East for centuries and became the chief administrators and academics in the new Muslim empire. The author recounts the shocking history of how these churches - those that had the closest link to Jesus and the early church - died.
^^Jenkins takes a stand against current scholars who assert that variant, alternative Christianities disappeared in the fourth and fifth centuries on the heels of a newly formed hierarchy under Constantine, intent on crushing unorthodox views. In reality, Jenkins says, the largest churches in the world were the "heretics" who lost the orthodoxy battles. These so-called heretics were in fact the most influential Christian groups throughout Asia, and their influence lasted an additional one thousand years beyond their supposed demise.


^^Jenkins offers a new lens through which to view our world today, including the current conflicts in the Middle East, Asia, and Africa. Without this lost history, we lack an important element for understanding our collective religious past. By understanding the forgotten catastrophe that befell Christianity, we can appreciate the surprising new births that are occurring in our own time, once again making Christianity a true world religion.
-Publisher.


A paradigm-shifting history that reveals how the early Christian churches in the East helped to shape the Asia and the Christianity we know today.
-Publisher

This book tells a surprising story. Many think of Christianity as a Western faith, which grew out of its origins in the Middle East towards Rome and into Europe, paving the way for the Enlightenment, science and modernity. However, Philip Jenkins reveals, the largest and most influential churches of Christianity's youth lay to the east of Rome, covered the world from China to North Africa, encountered a full spectrum of acceptance to persecution under Islamic rule and only expired after a thousand-year reign after Constantine. This is the story of these churches of the East and how they became extinct - but not before becoming the dominant expression of Christianity for its first 1,000 years and helping to shape both the Asia and the Christianity we know today.
-Publisher