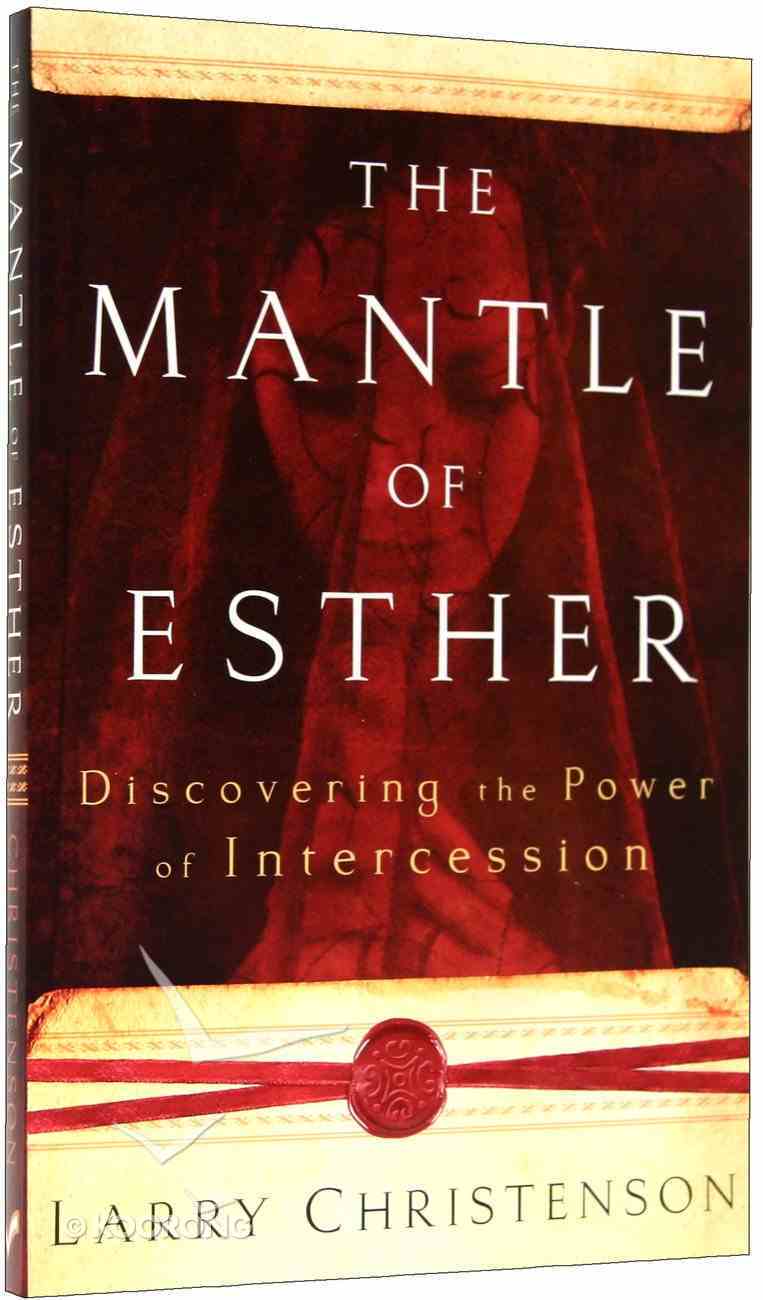 The Mantle of Esther

The story of Esther is one of the most dramatic examples of deliverance we find in the Bible. Now, respected author Larry Christenson takes readers through this powerful illustration of intercessory prayer and into effective intercession in the twenty-first century....

Intercessory Prayer: How God Can Use Your Prayers to Move Heaven and Earth (Repackaged Edition)
Dutch Sheets
Paperback

The story of Esther is one of the most dramatic examples of deliverance we find in the Bible. Now, respected author Larry Christenson takes readers through this powerful illustration of intercessory prayer and into effective intercession in the twenty-first century. Today, no less than in Esther??'s day, the power of evil is at work to intrude in our lives and destroy God??'s people. Christenson unpacks the story of the Jews??? deliverance in Persia???through the ministry of a young queen willing to risk her life???and shows readers how to present themselves before the awesome sovereignty of God and pattern a strategy after the mantle of Esther for confronting evil. Anyone who wants to learn how to intercede for others will cherish this insightful and powerful book.
-Publisher

You can be an intercessor to whom the Lord "holds out the golden scepter."The story of Esther offers one of the most gripping dramas in the Bible. An evil plot threatens not only the beautiful young queen but all her people. The future of the nation is stayed on one hope--that Esther can intercede with the king.From the story of Esther, Larry Christenson presents a bold view of intercession. The intercessor stands between two realms, the natural and the spiritual. Intercessory prayer brings the power of heaven down to earth. Step by step, Esther's intercession results in deliverance from the power of evil.The power of evil intrudes in our lives, too. It comes under many guises--schemes, betrayal, sickness, addiction. What can we do? The Mantle of Esther presents a challenge to enter that place of intercession where the enemy in our midst must yield to the authority and power of the King of kings."Larry Christenson is one of the best teachers I know. In The Mantle of Esther he demonstrates his unique genius for making theological principles alive, personal and workable."--Elizabeth Sherrill, author, All the Way to Heaven: Whatever You're Facing, Heaven Begins Now "I have read and enjoyed the book of Esther many times over the years--both as a story and as history. Larry Christenson's presentation has given me a third reason to treasure it. I will read Esther through new eyes in the future. Prayerful eyes."--Janette Oke, bestselling and award-winning novelist "Larry Christenson has unveiled from Esther's example key principles to aid us in our call to intercession. The Mantle of Esther is must reading for those with a burden to intercede for others and a desire for a more intimate relationship with the King of kings."--Dr. Morris Vaagenes, retired pastor, North Heights Lutheran Church, St. Paul, Minnesota
-Publisher

Larry Christenson is an ordained Lutheran minister, bestselling author, and popular speaker. He has written numerous articles and books, including The Christian Family (1.4 million copies sold). He and his wife travel extensively, speaking at conferences, colleges, seminaries, and in congregations. They make their home in northern Minnesota.