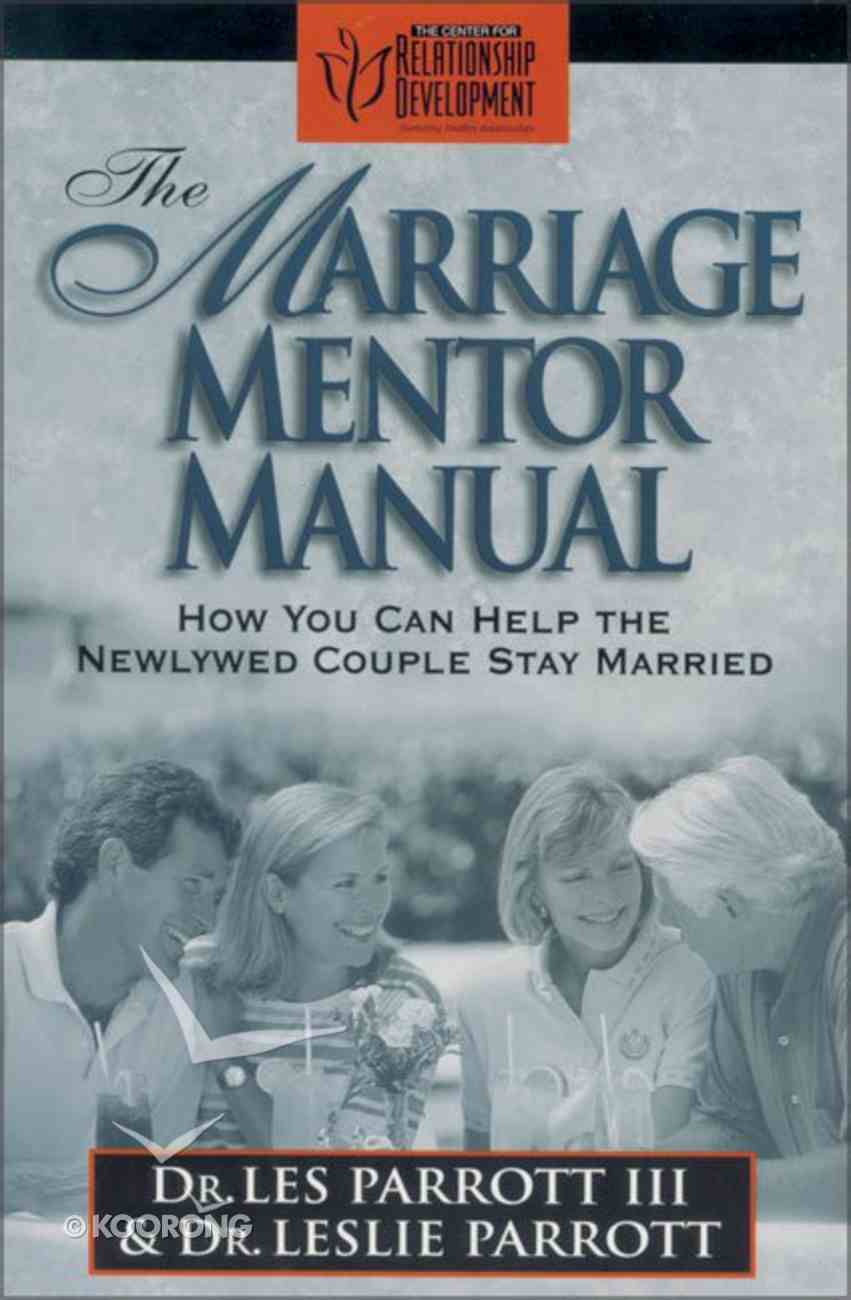 Les & Leslie ParrottIf you have built a strong marriage, you have a wonderful opportunity to pass on to other couples what God has given you. With a years worth of guidelines, exercises and questionaires, this practical handbook will help...

Your Time-Starved Marriage: How to Stay Connected At the Speed of Life (Workbook For Men)
Les Parrott, Leslie Parrott
Paperback

Your Time-Starved Marriage: How to Stay Connected At the Speed of Life (Workbook For Women)
Les Parrott, Leslie Parrott
Paperback

Love Talk: Speak Each Other's Language Like You Never Have Before (Workbook For Men)
Les Parrott, Leslie Parrott
Paperback

Love Talk: Speak Each Other's Language Like You Never Have Before (Workbook For Women)
Les Parrott, Leslie Parrott
Paperback

Les & Leslie ParrottIf you have built a strong marriage, you have a wonderful opportunity to pass on to other couples what God has given you. With a years worth of guidelines, exercises and questionaires, this practical handbook will help you encourage newlyweds, and strengthen your own marriage in the process. 78 pages, from Zondervan.

If you have built a strong marriage, you have a wonderful opportunity to pass on to other couples what God has given you. Part of the successful Saving Your Marriage Before It Starts program, The Marriage Mentor Manual shows experienced couples how they can mentor newlyweds during their first year of marriage. "Marriage mentoring can be a significant help to building a lifelong marriage," say Les and Leslie Parrott. "We have seen hundred of couples strengthen their new marriages through mentoring relationships and know firsthand how beneficial this relationship can be." The Marriage Mentor Manual shows you--Who are good candidates for mentoring relationships - How to find and establish mentoring relationships - How to be effective mentors and practice the art of active listening - When to refer a troubled couple to a professional counselor - What mentoring can do for you -- With a year's worth of guidelines, exercises, and questionnaires, The Marriage Mentor Manual will help you encou
-Publisher

We loved you so much that we were delighted to share with you not only the gospel of God but our lives as well. 1 Thessalonians 2:81 CHAPTER ONE: The Fine Art of Marriage Mentoring Tom and Wendy were the typical newly married couple. In their mid-twenties, they had dated for nearly two years before getting engaged. They had the blessing of their parents, attended premarital counseling, and were on their way to living happily ever after-or so everyone thought. But marriage for Tom and Wendy, like the majority of newlyweds, wasn't all they hoped for. Each of them, for different reasons, felt a bit slighted. Unlike the majority of couples, however, Tom and Wendy talked openly about their feelings. The expectations they had of marriage were not getting met, and they were determined to do something about it. So on a cold January day, eight months after their wedding, Tom and Wendy asked for help. Bundled up against the cold, they came into our office and began to shed their coats. As Wendy sipped hot coffee to thaw out, she said: "We have talked to friends and family about what is going on, but we both decided we needed more objectivity." Tom joined in: "Yeah, everybody who knows us just says 'give it time' or something like that." Tom went on to say that their marriage was not suffering a major trauma, no major overhaul was needed, only, as he said, "a little realignment." We met with Tom and Wendy for nearly an hour, listening to their experiences. We gave them a couple of exercises to help them explore their misconceptions of marriage, and we recommended a few resources. Then we talked about the idea of linking up with a marriage mentor couple. "What's that?" they both asked. We told them how meeting from time to time with a married couple could give them a sounding board and a safe place to explore some of their questions about marriage. Like most newly married couples we talk to, Tom and Wendy were very eager to find such a couple. After a bit of discussion, they suggested a married couple in their church. Neither of them knew the couple very well, but they respected their marriage from afar and thought they would fit the bill. After a couple of phone calls and a little more exploration, we made the connection for Tom and Wendy. Over the course of several months, they met three times with their mentors, Nate and Sharon. Tom and Wendy have been married more than five years now. They are not the perfect couple, but they are madly in love and happier than they ever imagined. Here is a portion of a letter they recently wrote to us: Dear Les and Leslie, How can we ever thank you for helping us find a marriage mentor couple? Before coming to you we had never even heard of such an idea. But needless to say, our mentoring relationship with Nate and Sharon ended up being the most important thing we have ever done to build up our marriage. It was so nice to have another couple know what we were going through and remain objective at the same time. We have since moved to another state, but on our wedding anniversary, Nate and Sharon always give us a call to celebrate our marriage. Anyway, we are writing to say thank you and to say that you should tell more people about the benefits of marriage mentoring. Someday we hope to give back the gift that Nate and Sharon gave to us by mentoring some newly married couples. We think every couple just starting out should have a mentor. That's not a bad idea. Marriage mentoring is one of the most significant helps to building a life-long marriage we know of. We have seen hundreds of couples strengthen their new marriages through mentoring relationships and have known the difference it can make. It really is time we take the time-honored tool of mentoring and apply it to marriage. TODAY'S NEED FOR MENTORS
-Publisher

One Flesh: A Practical Guide to Honeymoon Sex and Beyond
Amelia Clarke, Greg Clarke
Paperback