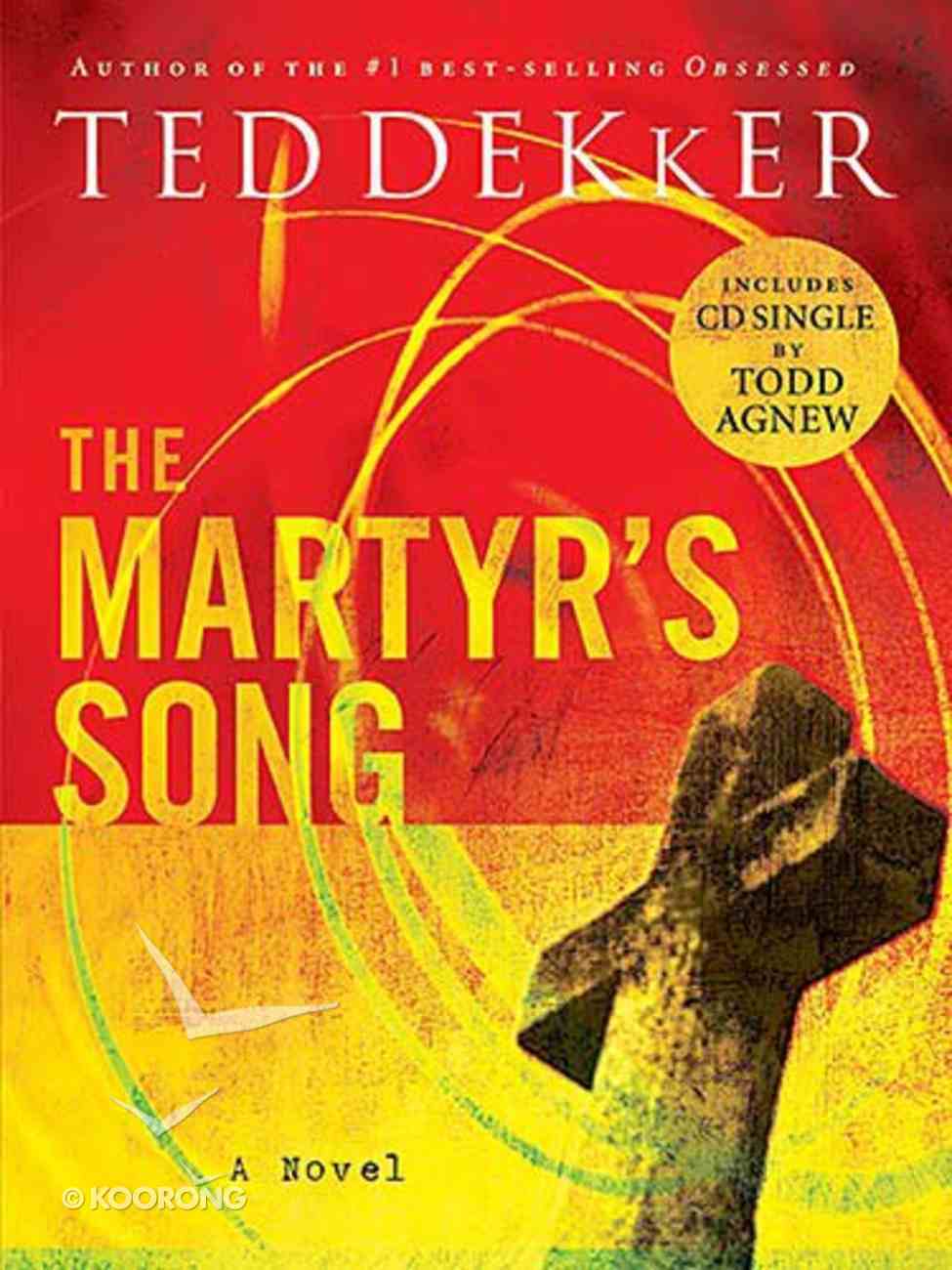 What would you die for?^That's the question suddenly thrust upon a small band of women and children in Bosnia at the close of World War II. When a group of bitter soldiers stumble upon their peaceful village, they suddenly face...

Unavailable. We are unsure when this item will be available to ship. Other edition is available. 9781595542946

What would you die for?^That's the question suddenly thrust upon a small band of women and children in Bosnia at the close of World War II. When a group of bitter soldiers stumble upon their peaceful village, they suddenly face an insidious evil...and the ultimate test.^It is then, in the midst of chaos and pain that the Martyr's Song is first heard. It is then that the window into heaven first opens. It is then that love and beauty are shown in breathtaking reality.^You have in your hands the story and the song that changed...everything.
-Publisher

Chapter One Atlanta, Georgia, 1964 EVE ANGLED the old VW toward the curb alongside the high-school yard and slipped the shift stick into park. She stared directly ahead, lost in another world, nearly oblivious to the hundred or so students on the lawn to her right. She recited the words so firmly etched in her mind as if she had written them herself. "The soldiers stood unmoving on the hill's crest, leaning on battered rifles, five dark silhouettes against a white Bosnian sky, like a row of trees razed by the war. They stared down at the small village, oblivious to the sweat caked beneath their tattered army fatigues, unaware of the dirt streaking down their faces like long black claws." Eve stopped. To think that it had all started so innocently. Just five tired soldiers staring at a peaceful village . . . Someone yelled, and she turned her head to look at the students through the passenger window. Wake up, old woman . You're here now, not there . She was here to deliver a dozen of her rarest roses--crossbred Russian reds--but she couldn't focus on the task. Her mind was lost in this other world, where things like roses and cars and students meant something very different than they did here. She was once as young as these students, fifty or sixty years ago. She'd fumbled through adolescence and come out reasonably sane, though that was before she learned the true meaning of life in that surreal moment when her world stopped for an hour or so. She found her sanity then, all of it, in a time of horror and beauty. "Father, forgive them, for they know not what they do." She pushed open her door and stepped out. "Forgive them, for they simply do not, cannot, will not know--" Eve's vision froze. Her left foot was planted on the street, her right on the Volkswagen's floorboard. Her heart was halfway through a beat; her lungs were half-full of air. For a long moment, they stayed that way. A girl stood alone on the lawn, staring at the other students as if unsure what to do with herself. The school, with all of its activity, faded from Eve's view. The girl was all she could see. A girl she knew. But it wasn't possible! Not here! Eve's heart crashed, and the familiar rhythm of life resumed. She was mistaken. No matter how the girl resembled . . . The girl still stood on the grass, unmoving. The other students swarmed by, but this one lost child, an outcast, shut off from the busy world around her, was immobilized by her own insignificance. A knot of empathy rose in Eve's throat. She'd come to deliver flowers, but she decided then that she would deliver something more. So very, very much more. ----- MARCI STOOD on numb legs, unable to move. It wasn't that she didn't have the strength to walk across the schoolyard and up those wide, sweeping steps that led into the gaping double doors. It was that she didn't want to walk past the other students. But school was out, and she had to get to her locker, simple as that. Which meant she had to pass by them . She'd long ago stopped thinking of them by name. It wasn't Kevin, the quarterback who led his fans around campus, or Cheryl, his girlfriend, who had an annoying habit of popping her gum, or Tom, who had that loud motorcycle they called an Ind
-Publisher